10 RELATIONSHIP RULES YOU NEED FOR BLISS WITH YOUR BOO!

Following and agreeing to a few simple relationship rules or guidelines can help make your relationship closer, tighter, and more fulfilling. 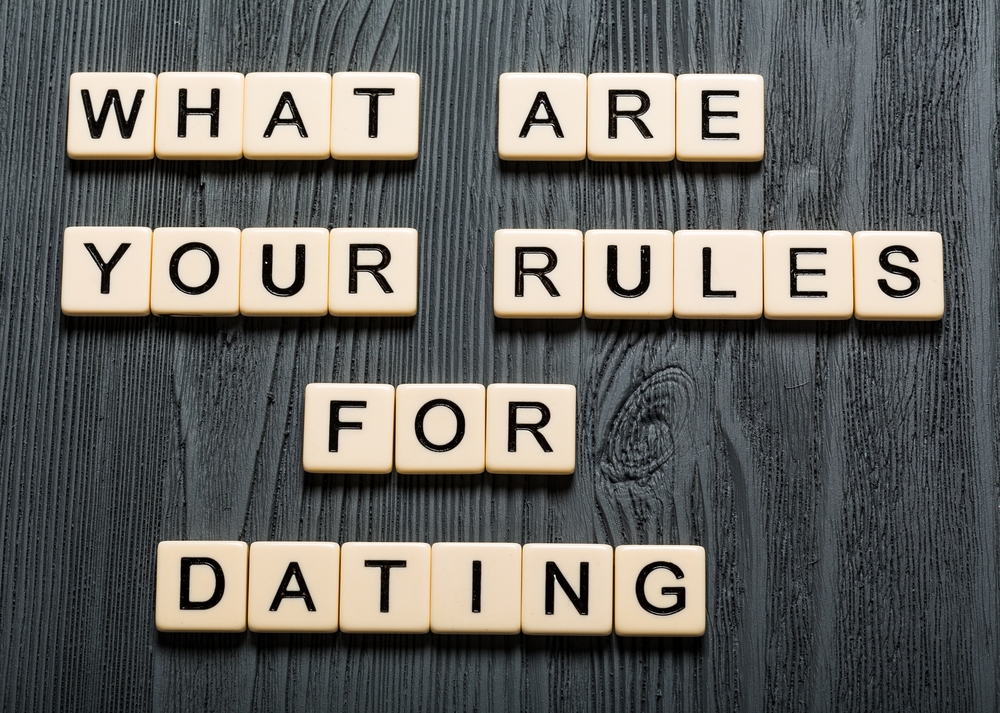 1. HAVE EACH OTHER’S BACK

This relationship rule means that you support the other, no matter what. (If you disagree with him on something, you can work that out privately between the two of you.) You have mutual respect for each other when you have each other’s back. You love and admire him, and he feels the same about you.

You support him in front of others when you have his back. He, in turn, will support you. If he is having a rough time about something, you should be there to help him get through it. Even if there’s nothing you can do, you can be there for him and just listen. And you should expect the same from him when you need help.

Living on pins and needles and checking on your man every time he leaves the house, wondering whether he’s meeting some other woman, gambling, drinking, or doing whatever it is that would be a deal breaker and then sneaking around about it, is no way to live. If there are deal breakers in your relationship, you both need to discuss what they are and commit to each other that you won’t do them.

Having trust as a relationship rule means that you can trust that your guy means what he says and doesn’t lie to you or sneak around. And you must do the same. If either of you can’t or don’t want to live by those rules, you need to be upfront about it and either renegotiate the relationship or potentially break up.

3. DON’T VENT TO EVERYONE

If you’ve had a fight with your guy, or if he did something to disappoint you, don’t tell all the details to all your friends or, even worse, post it on social media. This rule for your relationship means that your fight should be kept private between the two of you, no matter how much you want sympathy and condolences from your friends.

Besides, when you tweet or post the problem, you’re just being passive-aggressive instead of dealing with the situation head on. And by making your fight public, you’ve just added more bad feelings to an already fragile situation, making it even more difficult to resolve the problem. Keep the fight private and use your energy to work out your disagreement with your guy, no matter what caused the fight.

4. HAVE A REGULAR DATE NIGHT

This rule for your relationship makes it a priority to spend some quality alone time with your guy at least once a week in the form of a date night. Couples who do so are typically happier in their relationship. They feel more committed when they have regular date nights, and they tend to have more sex.

The dates don’t need to be fancy, expensive, dressing up affairs, although they could be. If money is tight, have a picnic in the park, or do one of the free events offered in your town. The point is to spend alone time together. Check out the ideas in this post and this list of double date ideas if you invite couple friends!

If you have small children and can’t afford to get a sitter every week, you can swap babysitting duties with friends who have small children too. Making excuses and not making the time or devoting the energy to a weekly date night is not a good idea. Dates are important to the overall strength of your relationship.

If you have friends who are in a bad relationship, are always fighting, and sometimes drag you into their problems, avoid hanging out with them until they resolve their issues. Why? When you are constantly around people in a bad relationship, it can negatively affect your relationship. Some people call this “divorce clustering,” meaning that when your friends are talking about breaking up or actually do break up, you start to wonder whether you should, too.

It doesn’t matter what sort of sex you have, even quickies. The point is to have it! Whenever you and your man have sex and orgasm, endorphins are released. They make you both feel happy and good, and they trigger love feelings.

If you want fun sex that’s different from the routine or quickie types, think about heading outside to have sex (where no one can see you), having shower sex, or buying a new sex toy and trying it.

Your partner doesn’t need to be a mirror image of you, having the exact same beliefs and values about everything. Make it a relationship rule to understand that you each have different perspectives and viewpoints on some issues, and that having them can enrich your lives. With that said, it’s best if you share the same core values on certain issues, such as religion and parenting (or if you even want to be parents). But if you vote differently on an election or two, don’t worry about it. That’s usually not a deal breaker.

8. HAVE A DISCUSSION ABOUT MONEY

When you’re in a relationship, money comes into play. The strongest relationships typically allow both partners an equal say in what they do with the money, even if one partner makes significantly more money. It’s good practice, for example, to discuss with the other before making a large purchase and to choose one person to be the money manager – the one who pays the bills and invests the money wisely.

If you don’t deal with money issues, it could become a deal breaker. More on that here.

There will be problems in your relationship. The key for this relationship rule is in how the two of you handle situations when problems arise. Giving each other the silent treatment, simmering about whatever’s wrong, is not the way to go. Nothing will change if you do that. Even when enough time has passed that you are no longer angry, the problem is still there waiting to come out again.

The way to deal with problems is to argue, not fight, about them. When you argue, you both get to state your case in a calm and rational way without name-calling or voice raising. Sometimes, the two of you might not agree, and then you’ll just have to agree to disagree. But you’ll both know the other’s point and reasoning behind it. You then determine whether this issue is minor enough to not affect the relationship or if it’s a deal breaker.

When you’re in a relationship, think of it as being part of the same team. You either win together or lose together. So, for example, when you fight, you’re pitting yourself against each other with the goal of winning. That means your partner loses.

Any time you do that in a relationship, you weaken it, meaning that you both lose. You want to avoid fights, power struggles, and the need to have the last word.

Note that arguing, as we discussed earlier, is different. Arguing is being able to discuss the problem with a mutual goal of working out a solution or a compromise you can both live with. That way, you both win.

Both of you should develop the mentality that you are a team. Neither of you should come away from any interaction feeling like a loser. When you have a teammate philosophy, you both feel valued, and it strengthens your bond.