11 WAYS TO DEAL WITH LOVE TRIANGLES

There can be lots of drama surrounding love triangles, romantic relationships among three people. You can probably imagine why! Sometimes everyone knows about the love triangle, and other times they don’t, which complicates things even more. 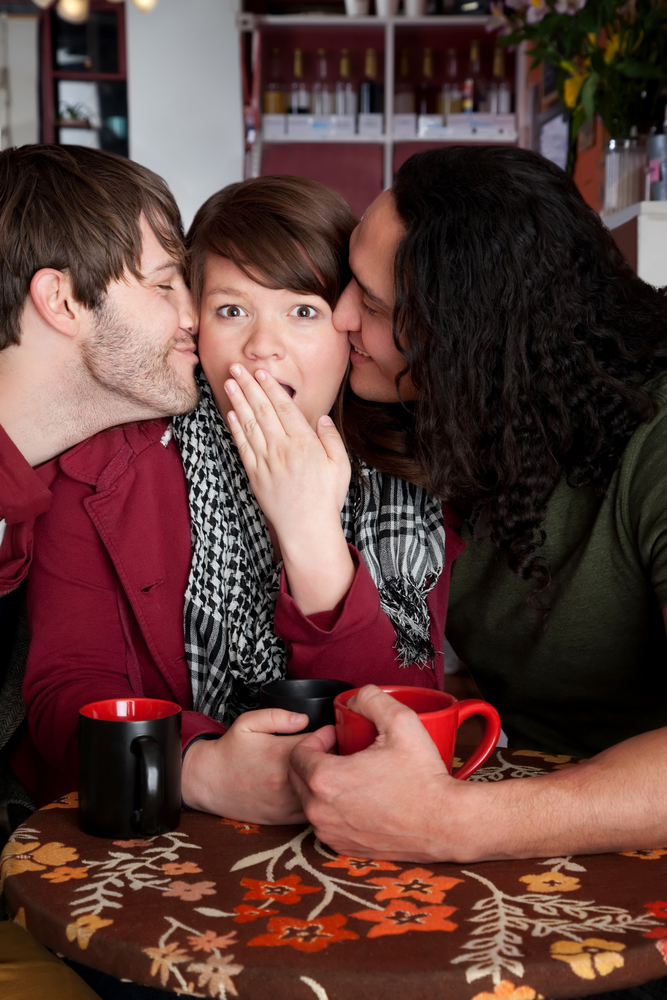 No matter whether the love triangle is you and two guys or you, your guy and another woman, this isn’t an easy scenario to make work. But if you have the right tactics, you can deal with a love triangle much easier.

Here are six strategies to use when you need to deal with a love triangle between you, your man and another woman.

1. FORCE HIM TO CHOOSE

Your boyfriend might not see the relationship as you do and believes that your relationship is not a committed one. He’s causally seeing you and another girl.

2. TELL HER ABOUT THE SITUATION

Assuming the other woman doesn’t know about you, you might want to tell her. You can tell your guy you’re going to tell the other woman, or you can do so behind his back. Either way, be calm about the whole thing when you talk with her. You don’t want to escalate the situation or get in a fight (if you’re doing this in person).

Don’t show your feelings. Just tell her about the love triangle and what’s been going on in a calm and professional way. If you show feelings, she might feel powerful over you and think she has the upper hand. She might say things to hurt you. If she does that, and your feelings are starting to take over, end the conversation right there.

3. FIGURE OUT WHY HE’S ALSO WITH HER (AND THEN OUTDO HER AT HER OWN GAME)

If you want the love triangle to end, another option is to get him to dump her and just be with you. This might take some time and patience on your part.

4. AGREE TO SPLIT THE TIME WITH THE OTHER WOMAN

Sharing a man doesn’t bother some women. If that’s you, go ahead and enjoy the love triangle. Maybe you want to hear everything he did with her because it turns you on. Although this isn’t the norm, it’s true for some people. If you are truly happy with this arrangement, go for it.

5. ASK YOURSELF WHETHER YOU’RE TRULY HAPPY WITH THE SITUATION

If your guy doesn’t want to give up the love triangle, but you aren’t happy, it’s probably best for you to leave it. He can’t go on seeing you both if you’re not comfortable with that. If he says he’s not ready to only see one person, you should break things off. It’s not worth staying in a relationship that you’re more serious about than he is.

Check out this advice about breaking up.

6. CAN YOU TRUST A GUY WHO’S STRINGING 2 OF YOU ALONG?

If your guy is stringing two of you along, it’s usually for selfish reasons. Many guys know after just a few dates whether they want to be with just you. If you’ve been dating your guy for months and your relationship is unsatisfying to you because maybe you just hook up occasionally when he calls you late at night, he’s probably not that into you and is just stringing you along. If this isn’t what you want, it’s time to move on.

The situation is different when it’s you and two men. Here are five things you need to do to make this work.

1. MAKE A LIST OF PROS AND CONS TO HELP YOU CHOOSE ONE PERSON

If you’re seeing two guys but you really just want to be with one guy, you need to choose one. It might be obvious who you really want to be with. But if you truly have feelings for both, go the logical route and list the pros and cons of each to help you decide.

When you’ve picked one, tell the other that you need to stop seeing him because you want to be with someone else. It’s better to be honest than to pretend that you just want to be alone for now. If he knows about the other guy and then sees you with him after you lied about wanting to be alone, you would feel pretty terrible.

Plus, if you tell him that you want to see the other guy, he’ll probably stop trying to be with you as opposed to your saying you just want some alone time. If you say that, he might still think he has a chance with you.

2. ASK YOURSELF WHETHER YOU’RE BEING FAIR

If you want to continue dating two guys, at least be fair about it. Here’s how:

3. SHOULD YOU BE HONEST WITH BOTH GUYS?

Or should you be secretive? What they don’t know can’t hurt them, right? This one could go either way. If the relationship is new for you and both guys, there’s no need to say anything. Chances are they’re dating other people, too. There are no rules saying you have to tell him.

But when the relationship starts to get more serious with one or both guys, it’s time to be honest. Let them know that you’re dating someone else. The guys might be fine with that, or they might not. But give them a chance to process it.

Love triangles rarely last long-term. Most people don’t want to be in a love triangle indefinitely. Because the situation probably won’t last forever, if you have stronger feelings about one guy, think about breaking it off with the other. It might be difficult to do, but if you don’t, you might wind up with no one. When you date two people, you’re not completely emotionally invested in one, and that’s bound to create distance and problems in both relationships.

5. BE HONEST WITH YOURSELF

Ask yourself whether dating two guys makes you truly happy. Be honest with yourself. You might be in the love triangle because you’re confused about your feelings for your boyfriend. If that’s the case, have a serious discussion with him about where the relationship is heading. If you both want to take it to the next level, you can end it with the other guy.

If you don’t want to take the relationship to the next level with your current boyfriend, you might want to break it off with him and be single for a while.

Once you do find the perfect relationship for you, you can still talk and flirt with other guys, but taking it further than that will only get you into another love triangle. Unless that’s the way you want to live your life, it’s better to have a serious relationship with one person only.

The drama of a love triangle can be very exciting, but ultimately you will have to choose one guy. No one wants to be in a love triangle forever, as these situations just aren’t sustainable. There are too many complex emotions going on. But if you’re currently in a love triangle, you now have plenty of strategies on how to handle it