12 DEEP QUESTIONS TO ASK A GUY & TRULY CONNECT WITH HIM

After a few dates with a guy or even after a few months of getting to know a guy, you’ll want to get to know him more deeply and intimately. Asking him deep questions is the perfect way to do this. 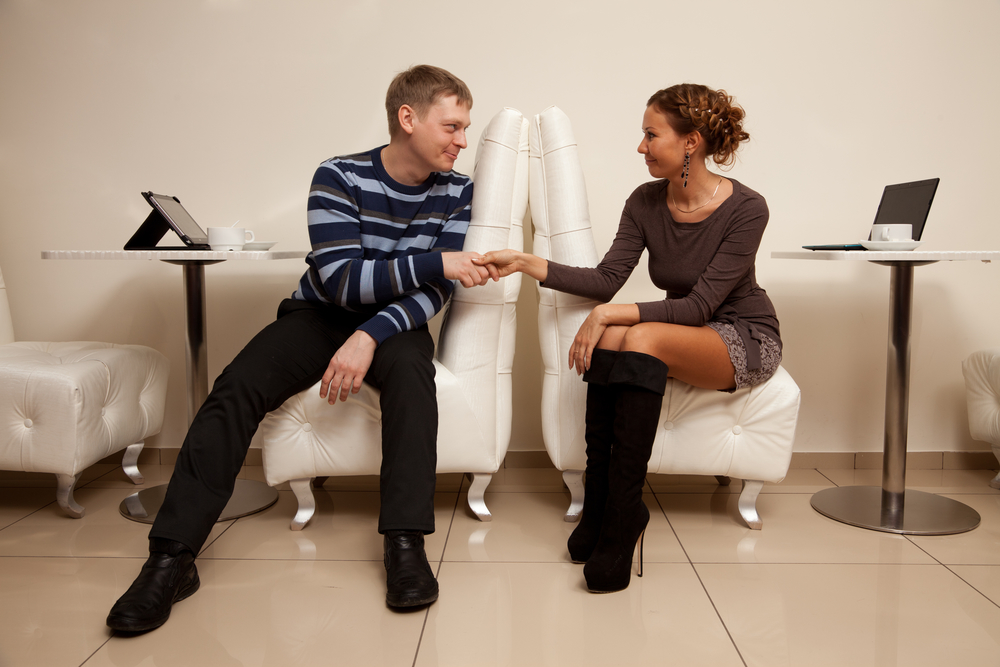 Many couples live almost as strangers, never asking deep questions to really get to know one another. And when couples live together but don’t have a close relationship that comes from sharing intimate thoughts and feelings, they can feel dissatisfied and unhappy.

It’s good to set up a sense of emotional safety for your guy by letting him know that he can discuss his emotions, thoughts, and needs with you.

Pick a good time to ask him these deep questions, such as when you are alone together, when you are already having a deep and meaningful conversation, or when he seems to be in the mood for opening up. You don’t want to ask your guy a deep question when you’re both out at a party, you’re jogging intogether or doing some other high-energy activity, or if you don’t know each other well yet.

But if the time is right, here are 12 deep questions to ask a guy. These questions could be personal ones about him, about your lives together as a couple, or philosophical ones. We’ll also tell you why the question is good and what you can find out about him by asking it.

1. DO YOU EVER THINK THAT YOU NEVER WANT TO MARRY AND JUST STAY SINGLE FOR YOUR WHOLE LIFE?

As Beyoncé says in the song “Single Ladies”, “Cause if you liked it, then you should have put a ring on it.”

If your goal is to be married—and to this guy—there comes a point in the relationship where you need to know his intentions. You should know whether he’s thinking of marrying you, or if you’re destined to be “just friends” or in a relationship that he doesn’t take too seriously.

A good time to have this conversation and to ask this deep question is usually after you’ve been dating at least year. You might wind up talking about reasons to get married. If you get an answer you really don’t want to hear, such as he intends to stay single, it’s better you find out after one year than after three years or more.

However, you might be surprised that he wants a long-term relationship but doesn’t want to get married. This is becoming more common and is popular in some European countries.

2. WHAT’S THE MOST DISAPPOINTED YOU’VE EVER BEEN?

This deep question to ask a guy is a classic one when you wish to build intimacy with your guy. He can look back at his personal history and have someone to talk with about his big disappointment. He might even feel better about whatever it was after talking with you about it.

This questions opens your guy up to a new way of talking and expressing his feelings, particularly if that is a way of communicating you both normally don’t do. If you listen to him, he’ll probably be open to listening to you as you share something from your past. Remember not to judge him when he opens up to you. Let him know that he can tell you anything.

3. HAVE I DONE ANYTHING TO HURT YOU THAT YOU NEVER TOLD ME ABOUT?

This deep question lets your guy know that although you might not be sensitive to everything you say or do, you welcome hearing if you did something that bothered or hurt him. Even if you disagree with what he tells you, just listen to what he has to say without interrupting him or telling him how wrong he is.

Maybe he perceived something differently from how you meant it. It’s good to hear this from him so you can be sensitive to this in the future. After he’s done talking, then you can explain your side—if there is an explanation. Let him know that you don’t want to intentionally hurt him. Now that you know what bothers him, let him know you won’t do it anymore.

4. WHAT IS THE ONE THING YOU’D LIKE TO CHANGE ABOUT YOURSELF?

He might not be completely happy with himself. In fact, most people aren’t. Find out what it is he doesn’t like by asking this deep question. If it’s something he can change, you might want to encourage him to do so. Let him know that you’ll be his support person. If you care about him, you should want him to be the best person he can be.

5. WHAT’S THE WORST DREAM YOU’VE HAD?

You might not be an expert in dream analysis, but it’s interesting to hear what dreams resonated with your guy. The bad ones usually indicate that something might be wrong in his life. When there is a real conflict in our lives, the problem doesn’t go away just because we’ve gone to sleep. So it often shows itself as a nightmare. The nightmare is a way to let us know to deal with the problem. If you give him a chance to share this bad dream with you, you will be giving him a first, important step in working out his problem.

6. DO YOU THINK THERE’S AN AFTERLIFE?

There’s no right or wrong answer with this philosophical question. Everyone is entitled to their beliefs. If you, however, have a strong opinion and your guy doesn’t share it, you need to be honest with yourself on whether that is okay with you. This is an interesting topic to discuss with someone you’re close with, especially if you’re open-minded.

If you’re inquiring early in the relationship, you might realize you’re not that compatible. But you probably don’t want to ask soon because it make him feel defensive or judged. Check out more questions to avoid too early on.

7. IF YOU COULD CHANGE SOMETHING ABOUT THE WORLD, WHAT WOULD IT BE?

This deep question to ask a guy is a philosophical one that reveals what he believes is wrong with the world today. Maybe he’ll brainstorm ways with you that he can make a difference, such as joining a group that shares the same beliefs he does.

8. WHAT ARE YOU MOST GRATEFUL FOR?

This deep question allows him to look on the bright side of life if he feels depressed about something. If you give him the chance to reflect on all that is right with his life, he’ll be more equipped to move on or conquer whatever it is that’s bothering him. He can be grateful for the simple things, such as having a roof over his head and food on the table. He could even let you know that he’s grateful to have you in his life.

Did you know being positive is also quite charming?

9. WHAT HOLDS YOU BACK FROM DOING WHAT YOU REALLY WANT TO DO?

This question allows him to talk about his responsibilities. You’ll find out just what he has on his plate. And if there really isn’t anything holding him back, this talk might just encourage him to do whatever it is that would fulfill him.

10. IF YOU HAD TO LEAVE THIS COUNTRY, WHERE WOULD YOU GO?

This deep question is a fun one. You can find out whether he’d choose something exotic or a country that is more similar to your own. Maybe he’s traveled to another country and loved it so much that he would like to live there. This gives him a chance to talk about what he enjoys and whether he’s open to a new way of life.

Fill in the “X” with some event you know about, such as his parents divorcing when he was a child. You can ask how he felt when that happened. People need to express their feelings about important life events that happened to them, but they don’t always feel that they should bring them up or dwell on them. Asking the question gives your guy permission to talk about what he surely has feelings about.

The “X” doesn’t have to be something bad, either. You can ask how he felt when he got the job after the interview. Ask him what it was that he thought to himself and how he felt about himself. It will allow him to reflect on what his emotion was at the time, something he might not have even done. He’ll probably really enjoy getting to talk about his emotions for a change.

12. WHAT’S SOMETHING YOU’VE NOT DONE BUT WOULD LIKE TO?

This is a great deep question for you to ask your man. It not only allows him to think about doing something he’s always wanted to do, once you know what it is, you could maybe do it with him. After talking about what he’d like to do, you could make it one of your goals as a couple to make it happen. And then, it will be your turn!

There is power in asking a guy deep questions. Time isn’t what makes a relationship progress—it’s what you do with the time you have together. Asking your guy deep questions is a great way to propel your relationship to the next level. Once you get in the habit of having deep conversations, you can continue doing so throughout your relationship. You should have many interesting and meaningful conversations to look forward to.