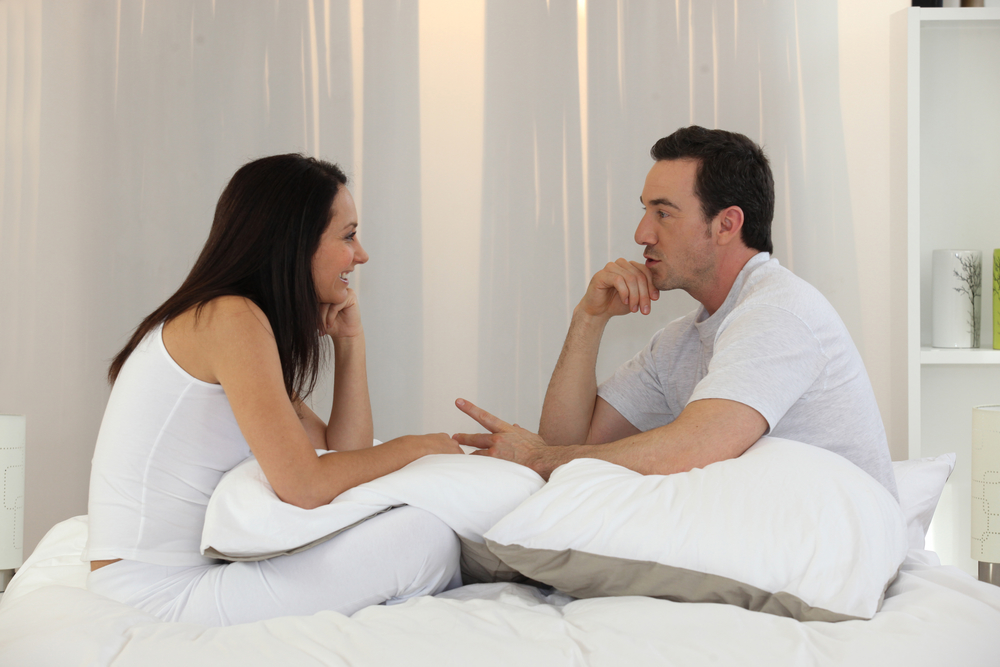 Conversation starters shouldn’t just elicit a yes/no answer. They should be jumping off places that naturally lend themselves to other conversations. Doing so lets us understand ourselves and allows us to understand a potential romantic partner better. Responding and then listening to his responses allows you to discover things about yourself and about him.

1. MAKING STATEMENTS INSTEAD OF ASKING QUESTIONS

Making statements also lends an air of familiarity to a conversation. You don’t pepper your good friends with questions, such as about where they work because you already know that.

So maybe instead of asking flat out where a guy works, you can make a statement such as you’ve always thought that being a ski instructor would be the best job ever. That way, you’ll probably find out what he does, but you first had a fun conversation about what you think a dream job would be.

Or another way to find out what he does besides saying the very obvious, “What do you do?” would be to say, “I bet your job is interesting.” Then he can tell you whether it is or isn’t.

You can ask questions. Just make sure to avoid the awkward ones.

2. COMMENTING ON SOMETHING HE’S WEARING

When starting a conversation, you could say something like, “I love that shirt you’re wearing. Where did you get it?” This is a great conversation starter because it’s based on flattery, which most people like.

If he’s wearing a watch or some type of jewelry, compliment him on that. Jewelry usually carries more of a story than an article of clothing does. But either works to start a conversation.

Maybe he’s wearing a watch that turns out to be a gift from a relative, or maybe the leather bracelet he’s wearing came from his vacation to Mexico. Maybe he got the shirt you complimented him on at a store you also like. Those explanations make good stories.

3. COMMENTING ON SOMETHING HE DID

If you just observed a guy doing something, you can comment on it for an instant conversation starter. You’re in the same class at school, and he made an interesting comment during class – tell him you liked what he said. You just watched his band perform – tell him which song you liked best. You just saw him playing with his dog in the park – tell him how good he is with his dog. Men love compliments!

Whatever you see him doing can be an opportunity to comment. This not only shows him that you noticed him, it gives him a chance to talk about something.

4. ASK FOR AN OPINION ON SOMETHING

He’ll naturally feel compelled to talk when you ask him about something, especially if you know it’s something he’s interested in. You might want to ask him for a recommendation on a good place to eat. Other things along that line are asking whether he’s seen any good movies to recommend or a fun place to go for a weekend trip. Anything you bring up can start a conversation as he explains what he likes about whatever it is he’s recommending.

Even if you don’t agree with his recommendation, that isn’t the point of this conversation starter. The point is to get him talking and to find out what he likes. If you like the recommendation too, that’s a bonus for you.

5. ASK HIM TO SETTLE A BET FOR YOU AND YOUR GIRLFRIENDS

If you’re out with a couple of friends, go up to a guy you like and ask if he’ll settle a bet for you. The bet could be anything, like which Jim Carrey movie was the funniest, and then give two or three options. Then, when he picks one, you can then tell him that’s what you said too (even if it wasn’t). That way, you have just started a conversation.

6. TELL HIM SOMETHING EMBARRASSING

If you’re at an event and you find yourself standing next to someone you like, make a confession to him. You can say something like you tripped coming in and everyone saw. It doesn’t matter if you did that or not (chances are you did it before). The point is that you’re admitting you messed up. He can probably relate to that, and when you admit that you did something embarrassing, you have eased any tension and made yourself easy to talk to, which makes this a great conversation starter.

If you’re at a party, a good conversation starter is to comment on how fun the party is, how good the food is or how much you like the special drinks. It doesn’t matter what you point out, but you should comment on something positive about the party. If you complain, it could backfire on you because he could like the party, and then he might find you to be negative and unattractive. If he brings up something negative first, and you agree, then you can go that route.

8. TALK ABOUT THE WEATHER

Although this one is standard, it usually works, particularly if the weather is in the news. A drought where you live? A particularly hot spell? You can comment on those things because it’s an experience you’re both sharing and experiencing together. Or if the weather is fabulous, you can mention that because it was such a nice day, you went on a hike (or whatever you did) or that you wished you could have skipped work. Whatever you say can start a conversation that will veer from the weather.

You’re at the grocery store and can’t reach something on the top shelf? Ask that cute guy if he wouldn’t mind grabbing the item for you. Most guys like to feel as if they can be of assistance. Now that the guy is feeling good about what he did for you, he might be more receptive to having a conversation with you.

10. TALK ABOUT A MUTUAL FRIEND

If both of you know the same person, you can talk about that person. “I hear you know John.” You then tell him how you know John. Of course, this one works better if John were not your ex. You don’t want to bring him up if that’s the case. But if you have a story to share about your mutual friend, go ahead and share it, and then he can share one, too.

11. TALK ABOUT A SHARED EXPERIENCE

When you’ve run out of things to talk about, you can always ask how his week’s been. Or ask him what he liked best about what happened this week. He’s bound to have an answer, and the answer will probably reveal something he likes or finds interesting, which will get the conversation going again. Plus, when you ask him this, it creates a level of closeness and intimacy.

There are more ideas of subjects to talk about here. Remember to check your body language, too.