12 RANDOM QUESTIONS TO ASK A GUY TO KEEP IT INTERESTING

Are you great at holding conversations when flirting with a new guy or going on the first few dates? Perhaps you’ve sometimes wished you had a random question to ask a guy when there’s a lull in the conversation. You both obviously want to say something, but you’re not sure what. That’s why having a few random questions in the back of your mind is a good idea. 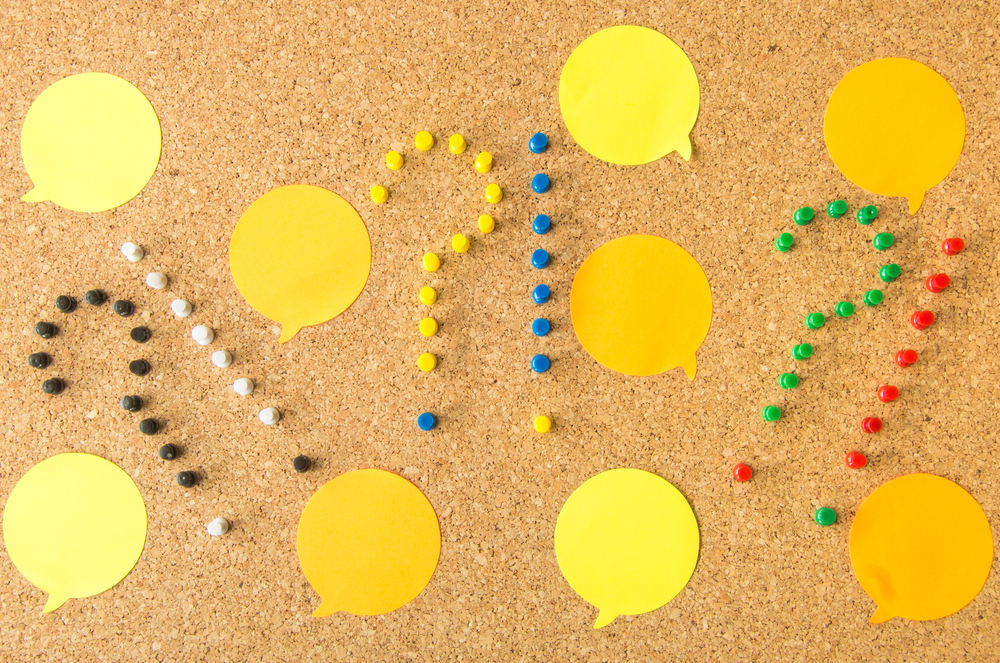 While random questions can certainly help to end any awkward silences, get to know one another better or even make the two of you laugh, there are certainly times when you don’t want to pop out a random question. One of those times is when you’re having an in-depth conversation about something or when he’s talking about something with passion. Don’t use the time when his eyes are lighting up to change the conversation. You’ll come across and rude and uncaring.

You might also want to avoid random and silly questions during times that are more serious. This might mean a funeral, or a gathering with his or your family or coworkers. They don’t need to hear sex questions. However, it might be just fine to ask random questions when friends are around and even to include them in the conversation! You could even turn it into a game!

None of these questions are about sex. We’ve got those here. Try these truth or dare questions to find out more about his sexual tastes.

There are also some questions you should never ask a guy!

RANDOM QUESTIONS TO ASK A GUY

Ask: If you could play for a professional sports team, who would you play for?

Because: This question is pretty open-ended. His reply can tell you what sport he enjoys watching or playing and who his favorite team is. If he lists a specific position on the team, you might learn about his sports skills. Perhaps he prefers a solo sport because he’s not good at teams, or he picks a position such as star quarterback because he likes the attention!

Because: This question both serves the practical purpose of showing how someone manages money as well as allows your date to daydream about what he would do with more money than most people see during their lifetimes!

Because: You’ll get to see what he would do for money. Perhaps he would do it but he’d share the money with his best friend, or he would let his bestie return the favor so they’d both get the payoff. This could then segue into the above question about what he would do with the money he received.

Ask: What’s your nickname and where did you get it?

Because: You get to learn what people who know and love him call him. Plus, there might be a funny, silly or even embarrassing story that you get to share. If he doesn’t have a nickname, perhaps the two of you can come up with one together. Check out more fun questions here.

Because: Not only does this help to show whether your guy has goals and inspirations, but it also illustrates whether he’s gone after them. If goals are something that are important to you and you want to be with someone who has similar goals, then the answers to this random question might indicate there’s no future with this guy. On the other hand, you might discover that you’re quite well-matched, too!

Ask: What’s your idea of a perfect vacation?

Because: You get to learn where he would go to escape. Perhaps your idea involves a cruise or a trip to NYC, but he’d rather head to the woods and camp for a week or two. He might want to try something completely new or head back to someplace he’s already visited because it left such a good impression. Keep the question going and envision all the fun, silly or new things he could do while on vacation!

Ask: What family tradition would you continue for your kids, if you had them?

Because: This question opens up a whole round of questions about his family and life as a youngster. Traditions that he would want to continue are probably related to good memories, and it’s always nice to hear people talking about happy times in their lives. There may also be traditions related to religion or family that help show what’s important to people.

Ask: What was the hardest lesson you’ve ever had to learn?

Because: This random question to ask a guy is a bit more serious, so bring it out only when you think he’ll be comfortable answering it. But as you probably know, the most important lessons we tend to learn are also the hardest, and they never seem to end! A person who can respect their struggles and take a lesson from them, no matter how difficult, is more thoughtful and mature than someone who can’t. And if he’s always had an easy life? The answer to this question will highlight that, too.

Ask: What can you talk about for hours on end?

Because: He can tell you what he’s passionate about, and why. Maybe he wants to find a cure for cancer, loves video games, re-enacts historical battles, can tell you the name of Bruce Wayne’s dog or is fighting against racism during his down time. Follow where his energy and attention goes, and you’ll find middle ground if you’re also interested. Plus, it’s sexy to see someone talk about their passions, isn’t it?! He’ll love that you pay attention.

Ask: If you could trade lives with one person for a day, who would it be?

Because: You might find that he is really interested in living as a woman for a day. Or he would love to be Martin Luther King Jr. Perhaps someone closer to him, such as his dad or grandfather, lived in amazing life. He might surprise you by answering that he wants to appreciate how easy someone like Donald Trump has it, or by saying he would like to experience hardships of someone else to better appreciate walking in their shoes!

Ask: What’s the last book you read cover to cover without skipping ahead?

Because: What he reads will tell you what he finds interesting. He might prefer historical documents or plays or even science fiction novels. And you might find out he doesn’t read at all, which is okay, too! Perhaps you could suggest a really good book if you’re more of a reader.

Because: Random questions for him don’t need to be that serious. You’ll get a chuckle if he tells the groaner about two men walking into a bar or mentions a cheesy pickup line. Then, tell him yours with unashamed abandon! It’s fun to be dorky sometimes!

The great thing about these random questions to ask a guy is that they can prompt other discussions. You might find they help him to open up or the two of you enjoy a few laughs together. However, random questions might not be the way to go if you’re talking to a shy guy – more on that in this post – who doesn’t like to be questioned or if you’re in the wrong setting. You also don’t want to proceed through the list if he’s content to elaborate about a specific topic. Just keep a random question to ask a guy in mind whenever there’s a lull in conversation!