Do you really want to get to know your guy on a deep level? If so, asking the right questions will help you uncover his true self and personality. 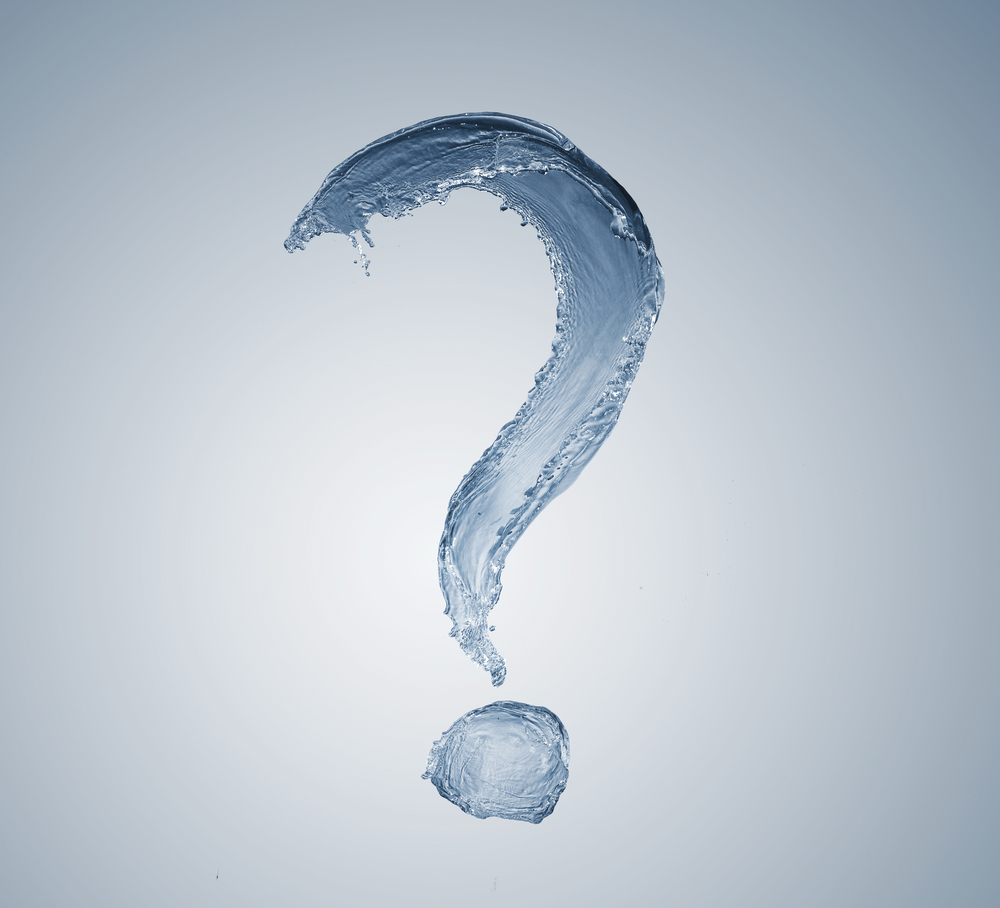 It can be weird asking him the questions we’re about to present when you first meet a guy, and some questions are never good. But after you know him for a while, these 20 questions to ask a guy can actually be a good idea.

You don’t need to ask all these questions at the same time. Take several days, weeks, or even months to ask them. You don’t want to sound like you’re giving him a job interview after all!

Here are 20 questions to ask a guy and along with explanations why each question works so well.

1. DID YOU EVER FEEL TOTALLY INSECURE ABOUT SOMETHING?

Most people are insecure about something, and asking this question helps a guy open up. What you ultimately don’t want is a guy who is so insecure that his emotional needs being met are more important than the relationship. For example, an insecure guy might come off as being very jealous, always accusing you of seeing someone else. Guys like that need constant reassurance. You can help by being sensitive and not flirting with others. But ultimately he might need to get professional help if he’s always insecure.

2. HAVE YOU EVER HAD YOUR HEART BROKEN?

It’s usually difficult to get over a breakup. When you ask a guy this question, you want to know whether he’s been in love before and whether he’s over it if he was. If he isn’t totally over this other person, he can’t devote himself to you. And you deserve a guy who isn’t just seeing you as the rebound to help him get over his ex. So a good follow-up if he tells you about his broken heart is to ask when the breakup happened and how long the relationship lasted. The longer the relationship, the longer it usually takes to get over it.

3. HAVE YOU EVER BROKEN SOMEONE’S HEART?

When you ask a guy this question, you’ll find out whether someone else was in love with him (that might make you want him more). You also want to find out how he handled the breakup. Did he feel badly about doing so? Was he thoughtful about the way he did it? Learning how he treated his ex reveals something about his character.

4. IF YOU HAD TO CHOOSE BETWEEN ALL THE MONEY IN THE WORLD OR A DEVOTED LOVING FAMILY, WHAT WOULD YOU CHOOSE?

If family means the world to you, you want to hear the same from your guy. By asking the question in this way, you not only find out what he values more between money and family but also the reason. This lets him explain what he values.

5. WERE YOU EVER BULLIED IN SCHOOL?

Of course, you’ll feel empathy when he tells this tale if the answer is yes. But you should know that children who were bullied often suffer long-term effects, such as depression and anxiety, which can last into adulthood. And, according to reports, people who were bullied might wind up with low self-esteem and even think about suicide. This shouldn’t necessarily be a deal-breaker when it comes to a relationship, but it may change how you interact, especially if he’s not dealing with his issues.

6. DID YOU EVER BULLY SOMEONE?

It’s not unusual for alpha males or bad boys (you know, the type many women find irresistible) to have bullied someone in the past. If he did, it doesn’t necessarily mean he’ll bully you, but if he’s an admitted bully, look for the warning signs. If he insults you, blames you for things you didn’t do, criticizes your, or treats you badly, his bully trait is rearing its ugly head. It might even be emotional abuse. More on that here. Be careful.

7. WHAT’S THE WORST THING THAT’S EVER HAPPENED TO YOU?

This question lets you get to know your guy at a deeper level. He’ll likely share an experience that affected him in a bad way. Telling you about this experience can be cathartic for him and can make him feel closer to you. Be empathetic to what he tells you instead of trying to one-up him with your worst experience. You can tell that another time. The exception is if he asks you. Then you can tell him yours right after he tells you his.

You can get an idea of how well your life will fit in with his when you ask him this question. If his goal is to move to a place he’s always wanted to live, for example, you would need to decide whether you could live there, whether you are even part of this plan, or whether you’d feel comfortable making him sacrifice what he wants by staying put in order to keep you.

9. HOW MANY DAYS A WEEK DO YOU GET TOGETHER WITH FRIENDS?

The friends a guy has can tell you a lot about him. And so do the things he does with them. When you ask the question by prefacing it with “how many days” as opposed to just asking whether he hangs out with friends gives you a better answer. Once he answers, you can then ask what they usually do when they hang out. You can find out whether they go to bars, play sports, or whatever.

10. WHAT DO YOU VALUE MORE: BEING SMART OR BEING HAPPY?

Being smart and being happy don’t always go together. People who want to feel smart may often say something along the lines of “I told you so,” not allowing them or their loved ones to be happy. Although there’s no right or wrong answer here, most people will choose being happy. But sometimes, people can have both, and people can learn to be happy.

11. WHAT IS YOUR BIGGEST REGRET IN LIFE?

Your guy might not have a biggest regret yet, especially if he’s young. But ask anyway to see what you find out. People often ask this question to learn what mistakes they can avoid making. The top regrets for most people are not living a true life and instead living one based on other’s expectations, working too hard, not expressing their feelings, not staying in touch with friends, and not letting themselves be happy.

This is a fun question on the surface, but you’re asking it to find out what his priorities are. If he’s a planner, he might decide to invest the money and live off the interest. Maybe he’s ambitious and would use it to start a business. Maybe he still thinks like a kid and would only mention stuff he’d buy. Maybe he wants to expand his horizons and would want to live off the money as he travels the world. Maybe he’s charitable and would donate a sizable chunk. This question’s a fun way to find out.

13. WOULD YOU RATHER LIVE IN A LARGE, SUBURBAN HOUSE OR AN APARTMENT IN THE CITY?

This question gives you an insight into what kind of guy he envisions himself being. If he chooses loft living in the city, he may not be ready to settle down anytime soon. If he chooses the burbs, he’s probably thinking of settling down and maybe buying a house he can afford. Perhaps he wants something else altogether.

14. ARE YOU RELIGIOUS OR SPIRITUAL?

Of all the 20 questions to ask your man, this one might be the most important. If you intend to be in a long-term relationship with this guy, it’s important that you’re either the same religion or that you have compatible spiritual beliefs. You want to know whether he shares the same values you do. It can affect when you have sex, for example. More on that in this post.

Keep in mind that two people of different faiths can often have a successful relationship, just like two people with different political views.

15. WHEN WAS THE LAST TIME YOU CRIED?

Men usually don’t go around admitting they cry. So if you ask the question assuming he has, he’ll be more likely to give you an answer. Some common times men cry (or when they’ll admit it anyway) are when they put their dog down, when someone broke up with them, or if they endured physical pain.

This question might reveal how he’s likely to treat you. How a man treats his mother is a good indicator of what you can expect. A man who’s close to his nurturing mom tends to be sensitive and attentive to you. But if he’s too close … mama’s boy, and that is usually not pretty. A mama’s boy might choose to spend time with his mother who’s alone on Saturday night than with you. Men who love their moms but who aren’t close with them will typically respect you but might not be very affectionate. The guys to watch out for are the ones who had a bad or no relationship with their mom. These guys don’t usually commit to one person.

17. IF YOU COULD DO ANY JOB IN THE WORLD THAT WOULD REALLY FULFILL YOU, WHAT WOULD YOU CHOOSE?

Your guy can answer this question in one of two ways: he can talk about a job he wishes he could have, or he could talk about the job he now has that he loves. Either way, when you ask a guy this, you learn whether he has a work ethic. If so, it shows good character. Unless you want to take care of and provide for this guy, you need to know that he intends to work. And the reason the question is worded this way instead of simply asking what he does is so that he won’t think you’re just trying to find out how much money he makes.

18. HAVE YOU EVER TAKEN ADVANTAGE OF ANYONE?

Ask this question if you aren’t sure where your relationship stands with this guy. If that’s the case, chances are he has taken advantage of someone before. By not letting you know where you stand with him and by being evasive with you, he’s taking advantage of you, too.

19. WHAT’S THE BEST VACATION YOU’VE EVER HAD?

If you want a fun-filled conversation, ask what his best vacation was. He’ll probably relate some good times. And by talking about them with you, he might get the idea to go again, only with you this time. Of all our 20 questions to ask your boyfriend, this one could prove to be the most fun.

Click here for more ideas to keep a conversation going.

Of these 20 questions to ask your boyfriend, this one is probably the most important. Ask this question after you’ve been dating for a month or so. By now, he has to know how he feels about you. If he has a difficult time answering, it probably means he doesn’t have strong feelings about you … but that doesn’t stop him from sleeping with you.

Give him a chance, though. Men typically don’t tap into their feelings. So ask again. If he gives a shallow answer, such as he likes you or that you’re cool, you’ll know his feeling aren’t deep. But if he’s the one for you, you want him to answer by telling you that he feels empty without you or that you’re the type of person he’s always wanted… that sort of thing. This lets you know that he envisions a long-term relationship.

These 20 questions to ask a guy are a great start to finding out all about him. They should also inspire you to come up with more on your own or consult this list for more ideas.