3 TIMES BEING FRIENDS WITH YOUR EX WORKS + 7 TIMES IT DOESN’T!

Sometimes, relationships just don’t work out, and you need to end them. If you and your boyfriend (or husband) agree to end it, or if you haven’t been dating long, it might not be a big deal to be friends. It can also be comforting to be friends with someone who knows you so well. However, there are some things you should learn about how to be friends with your ex to give yourself a better chance of making it work. 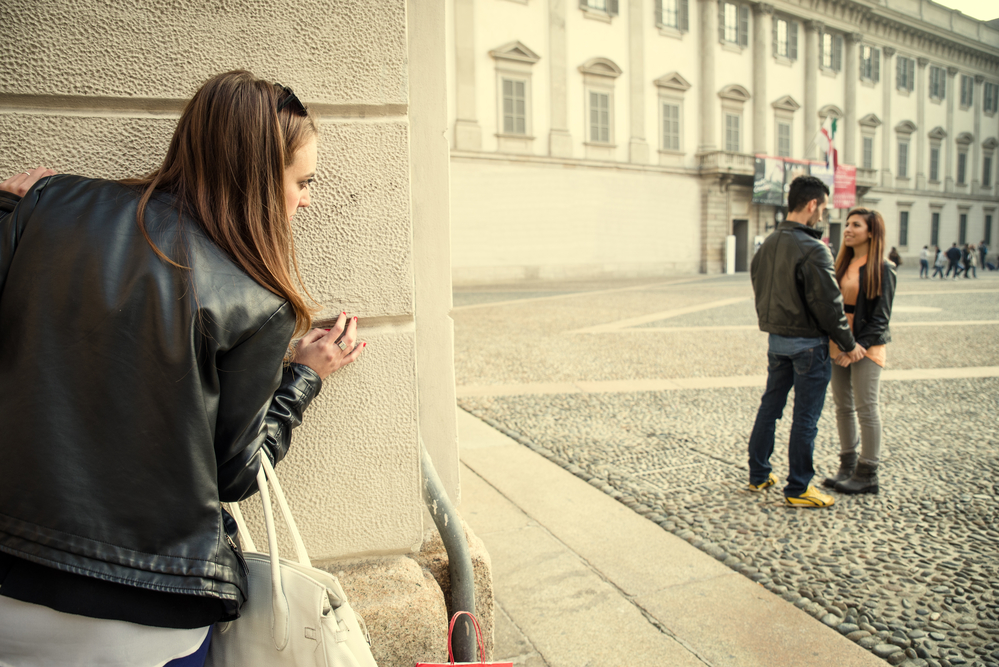 If you work together or if you have children together, it’s much easier if you can be friends with your ex. At the very least, you need to be able to work out an arrangement. What you have might not be a friendship so much as a way to behave civilly around each other for the sake of your coworkers around you or the benefit of your children.

It’s great if you can be friends and go out to lunch or have each other over for dinner occasionally. But, if not, you should at least learn to be friendly with each other.

2. YOU KNOW EACH OTHER WELL

It’s always nice to have friends that care about us, and that can give us advice. If neither of you has any ulterior motives, and if you can truly be friends, this could work. One way to tell whether you are friends with your ex is if when you start dating someone, your ex can hang out with you, as a friend would, and vice versa.

3. YOU WON’T FEEL A SUDDEN ABSENCE

Face it. Often, you don’t want to be friends with your ex forever. But it’s easier to make the break if you know that you can still keep in touch. You might have nothing to do for the upcoming weekend, and it would be super easy to fall into the old routine of hanging out with him.

The problem is that you might start dating (and breaking up) again and again. That doesn’t allow either of you to move on. If you’re remaining friends to ward off loneliness, you’re not friends for the right reasons.

If one of you cheated, and that was the reason for the breakup, it’s unlikely that you’ll be able to remain friends with your ex. In this case, you don’t want to learn how to be friends with your ex, because it probably wouldn’t be a good idea. There will be hurt and anger in the relationship, meaning this is not a true friendship.

The same is true if there was abuse (physical or emotional) in the relationship. It’s best to part ways when those things happened.

If one or both of you harbor anger toward the other, trying to stay friends with your ex won’t happen and the relationship will become a dysfunctional one. You can’t expect a friendship to happen if there is baggage and hurt feelings. You’ll just constantly argue, making the friendship not worth it.

Being close to an ex can be a deal breaker for new people you might wish to date. Not many guys will love the fact that your best buddy is another guy. You might be sabotaging a new relationship by remaining friends with your ex in this case.

Even if your breakup were mutual, you’re both likely to feel sadness. You’re experiencing a loss. But if you feel sad, it’s unhealthy to want to know whether he’s sad as well. Or, even worse, hoping he is. If the only reason you want to remain friends with your ex is to keep tabs on him to see whether he’s sad, you should rethink what you’re doing.

5. YOU WANT TO SABOTAGE HIS FUTURE RELATIONSHIPS

If you can’t have him, nobody can. If that’s the way you’re thinking, what you want is not a true friendship. You just want to keep him around so you’ll know what he’s up to.

And if he does start dating someone else, you’ll probably be the first to criticize her or do something else to try to ruin his relationship. You would be better off breaking off all contact, including social media. Stalking him on social media can only make you feel sad.

Instead, listen to a breakup song with your bestie and resist the urge to stalk him.

6. YOU JUST WANT TO GET BACK TOGETHER

7. YOU CONTINUALLY ANALYZE THE RELATIONSHIP

Your ex seems as if he should be the perfect person for you. So when things don’t work out, especially if he’s the one who broke up, you might be stuck in a continual loop of analyzing why the relationship didn’t work out. It’s good to understand what went wrong so that you don’t repeat your mistakes.

But it’s not good to keep rehashing what happened with your ex. If that’s the reason you want to stay friends with your ex, you should probably move on. If it didn’t work out, he’s probably not the one.

1. IF YOU WERE FRIENDS BEFORE

If the two of you have grown up together or have known each other a long time and were already friends before you decided to get into a relationship, it should be easier for you to go back to being friends with your ex, according to an [1].

You don’t need to learn how to be friends with your ex. You already have proven that you both are good together as friends.

2. IF YOU WERE NOT SUPER UNHAPPY

If the breakup ended on a good note and was mutual, you might be able to stay friends with your ex. This is especially true if you’re not remaining friends to fill a gap or because one of you feels lonely. If you truly enjoy being around each other, it’s possible to remain friends.

3. TAKE TIME TO GET OVER YOUR EMOTIONS

After a breakup, you’ll feel sadness and pain. Those feelings don’t go away overnight. You need to give yourself some time to get over your emotions. There’s no need to be overdramatic, though, by drinking too much, talking badly about your ex to anyone who’ll listen, or to completely shut yourself off from society for days on end.

If you do start doing those things, it might be time to get therapy. But know that it’s normal not to feel yourself for a while. Try to find some new activities that you might enjoy, and then you might feel like dating again.

4. YOU DON’T FEEL AS IF YOU HAVE TO BE HIS FRIEND

But, in reality, having you around as a friend when he wants to be in a relationship could ultimately make him feel worse. If you’re in two different places, it’s better to make a clean break, allowing him to move on.

5. YOU JUST BROKE UP

If you want to learn how to be friends with your ex, you should institute a “no contact rule” for a while. You both have to give things time to settle down. You both need to mourn the end of the relationship before jumping right into a friendship. After you’ve both been apart for a bit, you’ll better know whether being his friend is what you want.

Some people can successfully be friends with an ex. But it’s not as easy as you might think. Even in the cases where it does work, the friendship will rarely lead to a lasting one. If both of you are over any bad feelings that accompanied the breakup, it will be easier to learn how to be friends with your ex. Before you try remaining friends, determine whether this is something you want to do and whether it will be worth it.