5 FIXES FOR INVERTED NIPPLES AND WHAT CAUSES THEM, ANYWAY?

Like the size and shape of your clitoris and labia or even your vaginal odor (more on that here), an inverted nipple is just one normal variation on the human body. Of course, Hollywood doesn’t romanticize inverted nipples, and it’s understandable if you feel anxiety about undressing in the bedroom or even the locker room because one or both of your inverted nipples are inverted. 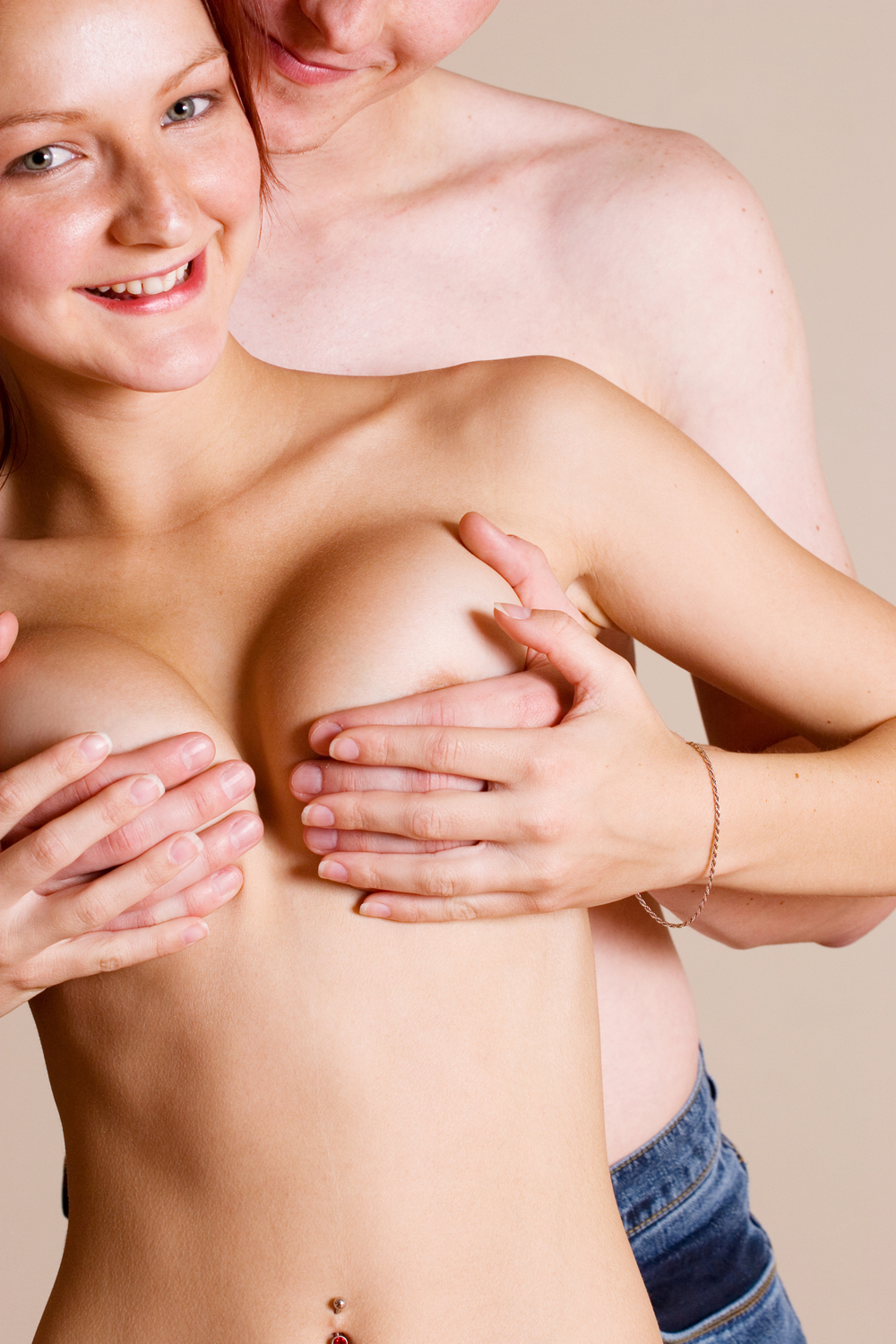 Be rest assured that it’s common for women to both have a single inverted nipple or for both to be inverted. A good sexual partner shouldn’t mind, and you can certainly still be sexy, even with an inverted nipple. Plus, in most cases, this condition isn’t a sign of a threatening health issue. We do recommend paying attention to any changes that may alert you to sexual health concerns.

Inverted or flat nipples can occur no matter what your breast size, too. You can be well endowed and still have one or both nipples inverted.

THE TYPES OF INVERTED NIPPLES

There are also two grades of inverted nipples. Grade 1 nipples can become everted after manual stimulation, but they will return to their normal inverted state. Grade 2 inverted nipples are more difficult to pull out, but it is possible. Grade 3 is the most extreme of all inverted nipples and cannot be pulled out at all.

SHOULD I BE WORRIED ABOUT MY INVERTED NIPPLE?

In most cases, a woman’s concern about inverted nipples tend to center around appearance. Although inverted and flat nipples won’t become erect when stimulated or cold, this is not a pertinent function like it is with boners. Learn more about erections here.

WAYS TO FIX AN INVERTED NIPPLE

Most of the “cures” for invaginated nipples are aimed at women who expect to breastfeed at some point in their life, but there’s nothing wrong with wanting to rest assured that your nipples are visually pleasing, too. Consider these fixes for inverted nipples.

Depending upon the way that your nipple has become inside out, you may be able to coax it back out like a regular nipple. The process to do this is to massage around the nipple and to gently pull on the nipple between your thumb and index finger while pressing down against the breast. This method, known as the Hoffman method, may interfere with breastfeeding though.

You could add this to a sensual massage so that it doesn’t feel so much like work. More on that in this post. Check out other foreplay ideas here too. However, this may not loosen the connections within your breast.

Some women consider surgery as an option to correct their inverted nipples. Although surgery may be successful, it does come with side effects. Depending upon the type of surgery, your milk ducts may be cut, which will make it impossible to breastfeed. Your plastic surgeon can attempt surgery without damaging the milk ducts, but damage could lead to disappointment if you’re trying to become better at breastfeeding your child.

Getting your nipples pierced is less intrusive than surgery and may also help to increase sensation in and around your nipples. Read more about that in this article.

Nipple piercing both forces the nipple outward to give it a more typical appearance and helps to break adhesion below the nipple. Piercing is most effective at fixing inverted nipples at Grade 1 or 2. During the first few months of healing, your nipples will seem especially puffy as they heal. However, you can expect them to stabilize as they heal.

Breast shells are intended to help breastfeeding mothers, and they can also be beneficial for women with inverted nipples. The shell is a soft silicone piece worn inside your bra – you may need to go up a cup size – during the last trimester of pregnancy and after labor. You wear the shells for several hours per day. If successful, the shell will correct your inverted nipple using the natural elasticity of breast tissue during pregnancy.

Dr. Sears recommends against wearing them all the time. The shells are also becoming less common as lactation nurses believe teaching a baby to latch may be more effective than using breast shells with inverted nipples. In fact, shell may interfere with breastfeeding. Source. Breast shells are not intended for use by women who aren’t pregnant or lactating.

If you’re looking for temporary relief for your nipple inversion and have Grade 1 or 2 nipples, consider a nipple pump or sucker. You’ll find sex toys with suction cups designed specifically for engorging the nipples. Some of these toys also have vibrators attached, which can add to your satisfaction. Add it to your routine with your man or use it by yourself before play to give yourself a confidence boost. Learn more about sex toys here.

Both pregnancy and puberty cause changes in breast elasticity that often remedies inverted nipples. Of course, these things are typically beyond your control.

Still, there’s no reason why your inverted nipple has to be seen as a problem if you’re not experiencing issues breastfeeding and the inversion isn’t a result of a more troubling medical condition. With as much as 20% of the female population having inverted nipples, Scarleteen describes this condition as more common than being a redhead!

Most men are grateful to see any breasts, inverted nipples or not. And some men even fetishize them! If your man makes fun of your inverted nipples, you can simply let him know that he doesn’t have to look at them because there are plenty of other men who won’t mind! There’s no reason for an inverted nipple to make you feel less confident, and you can check out our guide to dealing with sexual anxiety here if you feel that they are causing confidence problems for you.

Your breasts, like your hands, face, vulva and every other part of your body are unique to you, and you can come to love your inverted nipples with the right attitude.