You’ve heard that opposites attract, and that may be true. For example, you’re shy, so you want a guy who’s outgoing. That might work, but not necessarily because of your differences. 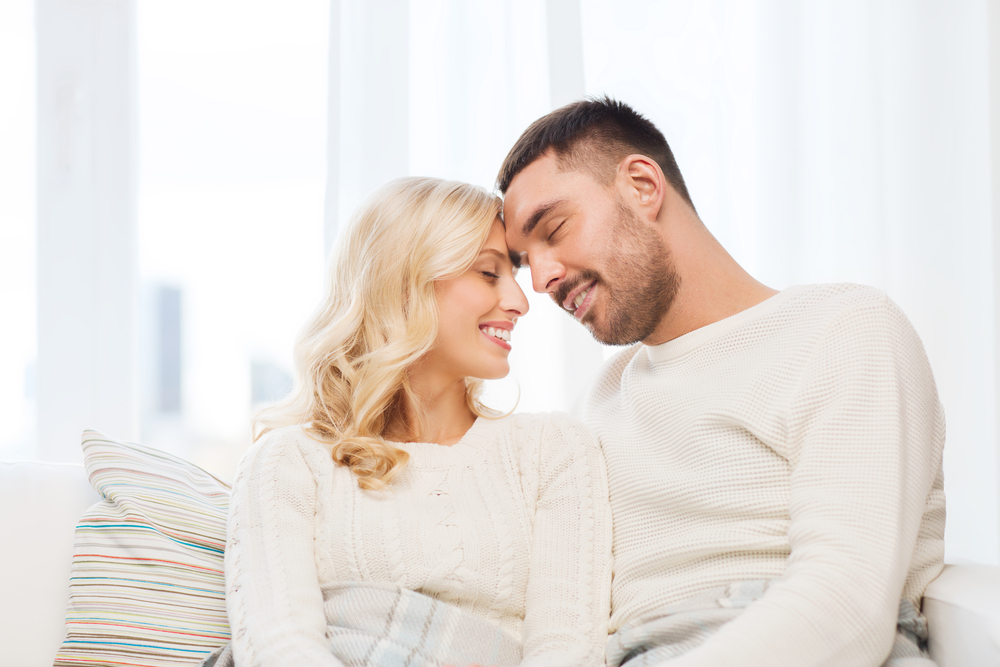 It’s important that you recognize at the beginning of the relationship whether you and your guy have a chance at having a compatible relationship. Doing so early on could save a lot of heartbreak down the road.

What keeps people together and makes them compatible is when they share a common worldview, values and goals. So use the time you’re dating to discover whether you do. Talk about the things that matter to you, such as children, money and the type of future you want.

You might think you’re in love now, but if the two of you aren’t compatible, the relationship doesn’t have a good chance of lasting. But how do you know whether you’re compatible with someone? Here are five ways to tell.

You don’t need to be interested in everything he does. People need to have some time apart, after all. But the two of you do need to share some interests to have relationship compatibility.

If your honey would rather tailgate than do almost anything else, and you have no interest in football, it’s going to be difficult to spend any time together during football season. Or if you love nothing more than to attend music festivals, but that’s not his thing, it will be disappointing for both of you.

Sharing interests is one of the top ways in which couples develop relationship compatibility. It’s important that the two of you share some sort of interest, whether it’s hiking, antiquing, playing golf or whatever. It doesn’t matter what the activity is. Just spending time together doing an activity you both enjoy brings you closer.

2. Having the Same Morals and Values

Your core morals and values need to be the same, or there will be trouble developing relationship compatibility. For example, if your morals tell you that stealing is wrong, you would be against stealing in any form — from shoplifting to embezzling money. But if your guy doesn’t share that basic value and believes he should be able to do anything to succeed in life, then the two of you will never see eye to eye on this.

Your religious beliefs come into play here as well. It’s difficult for a deeply religious person who upholds traditions, such as attending regular worship services, to pair with a person who doesn’t share those beliefs.

You need to know what your core values are and what you want, and they need to match with your future partner’s. The relationship isn’t likely to last if you don’t share core morals and values.

If you want to have a long-lasting relationship, you need to be sexually attracted to each other. You need to have chemistry.

Besides being attracted to each other, it’s better for the relationship when you’re both on the same page about the many different aspects of sex, from how often to have sex to what you do during sex.

How often couples want to have sex often doesn’t match exactly, and that’s OK. More on that here. There will be times when he wants sex and you don’t and vice versa. What is important is the degree. Wanting sex daily and wanting it once a month are huge differences. If that’s the case, it might mean the two of you aren’t sexually compatible. But if one of you wants sex daily and the other prefers to have sex once a week, there is some compromising that can be done there.

If one of you craves experimentation and maybe wants to indulge in a favorite fetish occasionally, and the other prefers to stick with a couple of favorite sexual routines without much variation, it could be problematic.

But as long as you both want to have sex with each other, you can work out the particulars. What’s really important is for both of you to feel sexually desired by the other partner. If there isn’t sexual chemistry, the relationship is probably in trouble. So learn how to build it in this post.

Although you don’t need to have the same IQ to have a compatible relationship, it’s best if it’s fairly close. The founder of eHarmony, Neil Clark Warren, says a couple’s IQ should probably be within 10 points of each other’s in either direction. That way, you can both communicate about ideas and issues and be able to work out problems together.

Problems arise when one person is at a different intelligence level than the other. When that happens, neither partner is satisfied. The more intelligent person isn’t learning or being intellectually challenged from the other. And the less intelligent partner probably won’t develop his or her intellect because he or she will likely develop a low self-concept.

This doesn’t mean that both partners need to be interested in the same intellectual pursuits. One of you can be interested in math or science and the other in art and literature, and that can work. You can both learn from each other.

5. Having the Same Life Goals

To make your relationship work, you need to set goals as a couple that you can work toward. And those goals need to be the same. You want children, and he doesn’t? That isn’t likely to turn out too well.

But once you’re on the same page regarding what you want out of life, you can work together to reach those goals.

It’s good to have short-term and long-term goals to work toward. Maybe you both want to buy a house within the next two years. That’s a short-term goal that you can work toward. Buying a house typically involves saving money, which is another goal that you figure out how to do together. There’s also deciding where you want to live.

You can then dream about where you want to be in 10 years and even in 20 years. Those goals can change. It’s more of a brainstorming session at this point. But talking about long-term goals creates a bond between the two of you.

Having a good degree of relationship compatibility is important. If you’re with a guy you aren’t compatible with, you probably won’t be very happy in the relationship. But if you’re “perfectly compatible,” your relationship might be somewhat boring. It’s still important to have your own interests and friends, and it’s important that he has them too. Compatibility doesn’t mean that you two will meet all of the needs of the other.

Also consider this: The interests or shared activities you have now could change. You might enjoy your weekly games of tennis now, but if one of you blows out your knee, those might end.

That’s the reason core values are extremely important to determine compatibility. You must be on the same page on how to raise children, handle money or view religion, all things which could lead to divorce. Sharing these values helps bond you. If you don’t share core values, it won’t matter how many activities you like to do together or even how much chemistry you have.

Keep in mind that no couples agree on everything all the time. It’s natural for people to disagree on matters sometimes. What makes couples have a compatible relationship is how they handle their disagreements. Being able to work out differences is crucial to a successful relationship.