5 SIGNS YOUR MARRIAGE IS OVER (OR WILL BE SOON)

Not every marriage is a perfect and happy one. Almost 60% percent of couples report being “very happy” with their marriages as surveyed by the independent research organization NORC at the University of Chicago. This was in 2014, but that figure was down from 65% in 2012. And 3.5% of people say they are “not too happy,” which is up from 2.3% who answered that way in 2012. Before you’re blindsided that your marriage might be over or close to it, look for these signs that your marriage is over first. 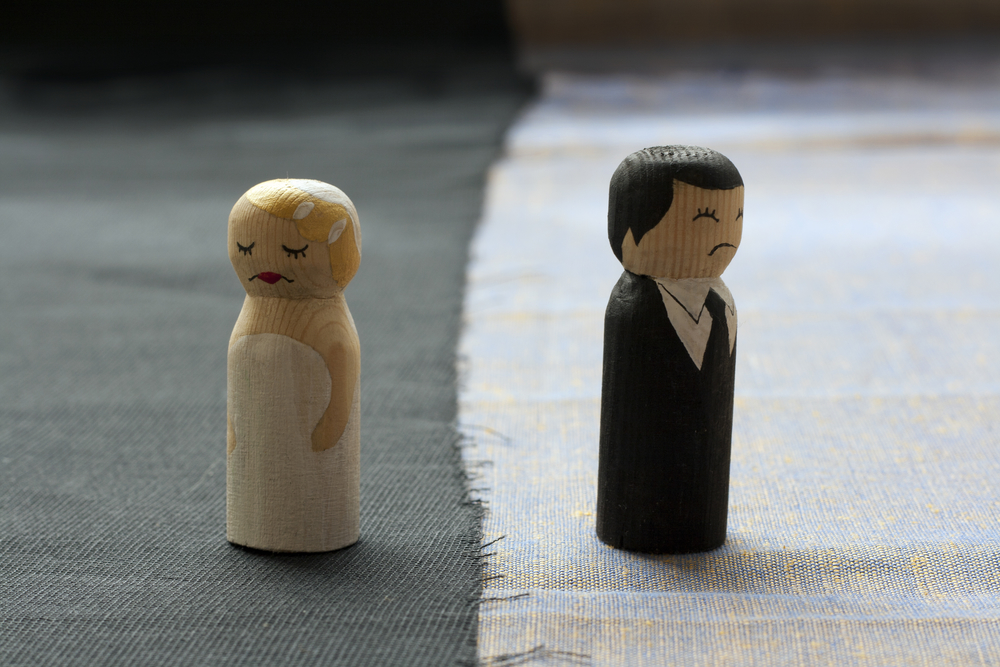 1. NO SEX OR INTIMACY

The longer people stay married, the more difficult it can be to sustain an exciting and frequent sex life. It’s natural for the desire for sex to decline. Newness is what’s most exciting to people when it comes to sex. But if couples start to do something and acknowledge that their sex lives have become boring, they can come up with ways to make it fun and exciting again. But if couples do nothing and just accept a worsening sex life to the point where there is no longer any sex or any intimacy, this is a sign your marriage is over.

Why is this a sign it’s over? Because couples in sexless marriages are generally less happy than people who are having sex in their marriage. So people who are having sex report being happier in the marriage, and the more sex they have the happier they say they are. Keep in mind, however, that there is no ideal number of times to have sex. This all depends on the couple and what they feel is the best amount of sex for them.

The longer a marriage has been a sexless one, the more difficult it becomes to save the marriage and is a sign it’s over. This is especially true for couples who don’t talk about sex and why they aren’t having it anymore. Couples who don’t communicate and who don’t have sex have a higher chance of getting divorced.

But there are ways to start having sex again, such as going away for the weekend or going away on vacation. Often a change of scenery is all it takes to become romantic again because of the newness of the situation. Another way to feel closer to your spouse, which leads to intimacy, is to try new and exciting adventures together. Maybe you go hiking or skydiving together, or maybe you role-play. M

Anything that causes sexual tension or that gets you out of your comfort zone, which then leads to excitement, is good. For more difficult situations, marriage counseling or sex therapy might work.

If you’re constantly arguing with your spouse, it means you view him as the enemy and is a sign your marriage is over. Your goal for a happy marriage is to have the mindset that you two are on the same team. That doesn’t mean conflicts won’t happen. They will, but when they do, you face them as a team instead of opponents who fight to win.

Let’s say the conflict is about taking a vacation. You feel as if you both need to get away, and you’d like to take a magical trip, perhaps abroad. But he doesn’t feel comfortable with that for any number of reasons. Maybe he feels as if there isn’t enough money in the budget or that he’s too busy. But you feel as if those are excuses, and that you need this trip to recharge yourself and your marriage. You can fight about this, and maybe one of you will win. But that means the other will lose and will feel unhappy and frustrated with the outcome.

A better way would be for both of you to discuss your positions. They are both likely valid ones. Then you would work on a plan so that you’ll both be happy. Maybe the outcome is that you’ll take the magical trip abroad but that you won’t take another big trip like that for several years. Or maybe you’ll compromise and go somewhere closer to home and for a shorter period. Or maybe you won’t go away at all during this time, but that you’ll take that magical trip next year. Any of those solutions improves communication and encourages compromise so that the team will remain strong. You can use this example for any of your conflicts. If you choose to constantly fight and argue, it’s a sign your marriage is over. You’ll both end up bitter, angry, and resentful toward the other person.

Another option is the speaker-listener technique, which you can use to argue more constructively.

If you choose to constantly fight and argue, it’s a sign your marriage is over. You’ll both end up bitter, angry, and resentful toward the other person.

3. DREADING SPENDING TIME WITH EACH OTHER

One of the main reasons marriages fail is when the partners don’t spend time together, a big sign your marriage is over. The reason is that you’re creating distance, both literal distance and emotional distance. Whether you don’t spend time together because you openly admit not wanting to or because other things just keep coming up – work, a sports outing, helping your child with homework – the outcome is the same. You might really need to do all those things, but you also need to make sure you spend time with your spouse.

If you don’t want to spend time with him, though, or he doesn’t want to spend time with you, you have a more serious problem. It’s important that you remain friends and like to be around each other if you expect the marriage to last. Look at your behavior and his to find out what’s preventing you from being friends. Is one of you selfish? Do you pick fights? Are you difficult to live with? Any of those things can make it difficult to want to be around someone and to be friends.

There are ways to build your friendship again, but you need to make the effort. Try doing little things together, like taking a walk after dinner. That way, you get your talking needs met, and he gets to be doing something, so that he doesn’t feel as if he’s forced to talk. Think of doing things together that will make you laugh because that helps builds friendships. Watching a funny movie together, playing a board game, or sitting at a café and engaging in people-watching while making up stories about the people you see can all be fun activities you can do together.

Set up a regular date night to improve your marriage. Read more in this post.

People do make mistakes and deserve second chances, but not twice a year (or a week!). That’s known as “serial adultery,” and that behavior is a great way to end a marriage. Serial adultery refers to a continual affair with one person or a series of short or one-night affairs with many people. There’s a difference between having a one-night-stand once and then regretting it and never intending for that to happen again and thinking it’s OK to keep having affairs. If your spouse believes that having affairs is just a normal part of marriage and you don’t agree, your marriage might not be able to survive.

The only way to save your marriage, in this case, would be if he’s willing to change. Just having him promise that he won’t do it again isn’t going to be enough, especially if he’s a serial adulterer. He needs to take responsibility for what he’s done and not blame his cheating behavior on something you did. He needs to let you take the time to heal. You both need to figure out the reason for the affairs and to determine whether there’s anything that can be done to ensure that no more affairs happen.

If nothing works, and he continues to have affairs, this is a sign your marriage is over. You can stay in such a relationship, but you need to ask yourself why you’re settling for a relationship that brings you nothing but heartache.

When you have conflicts in a marriage, you need to be able to compromise. Digging in your heals and demanding things go your way or else you’ll pout, give the silent treatment, or argue until he gives in won’t work and is a sign your marriage is over. Being a “right fighter,” meaning you need to be right and win every disagreement doesn’t work either and is also a sign your marriage is over. You’re only thinking of yourself if you can never compromise, and you never consider the needs of your spouse. If that’s the only way you deal with conflict, the marriage is in trouble.

If you want to compromise, there are plenty of ways to do this. Sometimes, you can both give a little, meeting in the middle. But sometimes, compromising means going with what one spouse wants this time and going with what the other spouse wants next time. The key is to, as we mentioned earlier, work together on issues as a team. That way you both can win.

Of course, these are just a few signs of an unhappy marriage. You might be overlooking other clues that you’re headed to divorce court.