5+ TYPES OF CONDOMS: HOW TO CHOOSE THE RIGHT PROTECTION FOR YOU

When you think of condoms, you probably think of the latex type that you can buy everywhere from the corner store to sex toy retailers. But this one type of condom is really the tip of the iceberg. There are so many types of condoms available that it can make your head spin! We’ll cover all types of condoms and give you advice to help you choose the right fit for your needs, even if those needs change, in the following article. 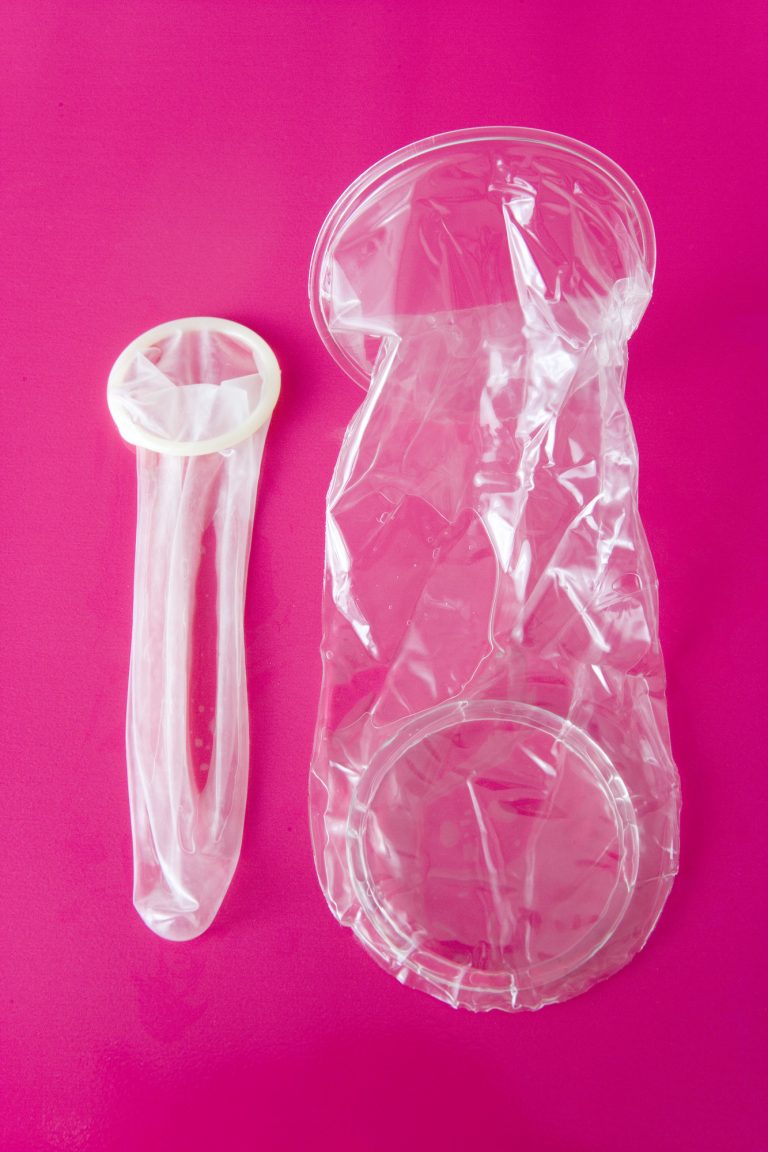 When this type of condom is in place, some material will remain outside of your vagina, covering your vulva. In this way, the female condom offers a bit of protection against STIs that transfer through skin-to-skin contact (note that HPV transfers pretty easily, however). The female condom not only protects against pregnancy (95% effective with perfect use [1]). Another benefit is that female condom is made from nitrile [2], not latex, so you won’t have to deal with burning or discomfort if you have a latex allergy.

Read More: Worried About A Condom Allergy? What You Need To Know

The female condom may also provide the best answer if your partner is well-endowed and has struggled with other types of condoms. The female condom is a bit baggier than male condoms, so there’s plenty of room.

The other types of condoms all fall under the umbrella of male condoms, but there are various options within this category, too. Male condoms fit onto the penis and should be snug enough to stay in place.

You’re probably familiar with brands such as Durex and Trojan, but there are more brands out there than you might realize. Sir Richards, One Condoms, Hex Condoms, Lifestyles, Beyond Seven and Kimono are all reputable brands! Most of these companies offer a few types of condoms for your consideration.

The basic condom is made from latex, a thin material that allows sensation and warmth to pass through while protecting you from pregnancy and many STIs (skin-to-skin infections such as HPV can still transmit, however).

Learn more in this post about STI transmission and symptoms.

Latex condoms are inexpensive and readily available from stores and sexual health clinics.

There are several types of condoms that don’t contain latex, and polyisoprene condoms are one. Polyisoprene doesn’t cause latex allergies or have the dreaded latex smell. Some people find them more comfortable than latex [3].

Durex makes latex-free condoms in their Avanti Bare line, which you can find in multiple sizes and with various features. Skyn condoms by Lifestyles are also made from this material.

Another type of condom that isn’t made from latex is made from polyurethane. Benefits include thinner condoms that better transmit body heat and compatibility with oil-based lube [4]. Trojan offers polyurethane condoms under the name Supra BARESKIN.

Lambskin is a natural condom alternative that only works as a contraceptive. These condoms don’t protect against STIs. Trojan is the only major condom maker that offers lambskin condoms. Look for the Naturalamb box on the shelf.

Male condoms now have many features for added sensation, protection or better fit.

Many male condoms have a sperm reservoir, a smaller tip sometimes known as a teat, where semen collects after ejaculation. When you put on a condom, you unroll it toward the base of the penis while pinching the reservoir to make sure it works properly.

Related: How to Use a Condom

Condoms are usually available without lube, so you can add your own if you’d like (more about lube in this post), pre-lubricated for comfort or with extra lubrication. Condoms may use sensation lube (such as warming or cooling) to change the experience for one or both partners, just like many lubes now added sensation as well as slickness to your sexual activities. Sometimes the lube has a sensation effect such as warming and cooling. Note that lube must be on the outside of the condom to provide sensation for the woman.

Twisted, ribbed, dotted, studded, and mesh textured condoms are several types of condoms that exist to make things feel better or, at the very least, more interesting for you.

So-called extra-safe condoms are slightly thicker than regular condoms to provide increased protection against pregnancy.  However, this is a mostly a marketing ploy because studies have found no correlation between efficacy and condom strength. Furthermore, all condoms, including the thinnest ones, must pass industry standards [5].

Large condoms are more comfortable for larger penises and less likely to break (however, regular condoms can stretch a lot, and there is a lot of overlap in condom sizes). You’ll find larger sizes under the Durex XXL mantle or Trojan’s Magnum line. One also makes Legend XL condoms.

Small condoms are usually described as more snug or slim. Lifestyles, Kimono, and Beyond Seven make smaller condoms, and you can also get the best fit condom with One Condom’s Perfect Fit tool.

Of course, you’ll find other options available. For example, One Condoms make condoms that have tattoo prints on them (and have specialty wrappers, too). And glow-in-the-dark condoms are a novelty that might catch your eye.

ARE SPECIAL CONDOMS WORTH IT?

Periodically, a company will come out with a type of condom that’s supposed to be a game-changer. Extra safe condoms are an example that we already touched on. They’re thicker, which might seem like they’d be more effective, but all condoms must pass rigorous tests.

Another example is Lelo’s Hex condoms, which you might have seen promoted by Charlie Sheen. Hex condoms are made from regular latex, but they have a hexagonal texture. The design is thinner than some condoms, but these condoms cost several times more than other latex condoms, which will do the job just as well.

Regardless of the cost or promise of pleasure, you should use a condom whenever you’re unsure of your partner’s STI status and want to prevent pregnancy. Find out the real risks of sex without a condom.

The important thing when considering all the different types of condoms is to find those that are the best fit for you. Take your time, read and try a few if you’re unsure (most condom makers offer sets so you can sample different condoms styles). The typical excuses that people give for not wearing condoms really don’t hold up when you realize how many options are available.

The best condom for you and your partner won’t aggravate any allergies, will feel good, and fit properly. The proper fit is important so that condoms don’t slide off or break, which reduces their effectiveness as preventing STIs and pregnancy.