Not everyone who comes together in a relationship is at the same point in life. You may still be searching for the one and are now falling for a man who may have already been married and had established another life previously with someone else. Dating a divorced man makes some women hesitant. They wonder whether their lives are too different. But maybe it’s not such a big deal… 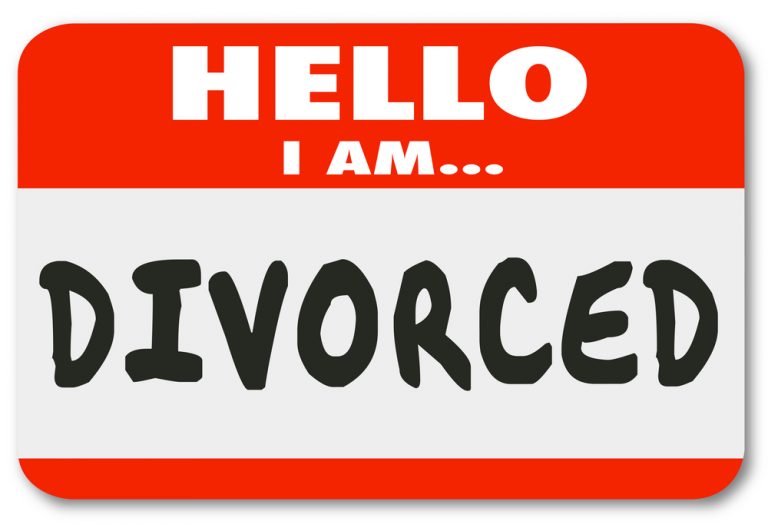 We’ve gone over some pros and cons of dating divorced men. Once you understand what you’re possibly getting into, you can make an educated decision on whether dating a divorced man is right for you.

PROS TO DATING A DIVORCED MAN

1. HE MAY BE MORE MATURE

If you’re dating a divorced man, chances are he’s an older guy (find out the perks of dating older). Either that or he got married young, maybe as a teenager, and divorced in his 20s. Either way, age and the life experience of being married and divorced could mean this guy is more mature. Mature men are less likely to play games.

He knows what it’s like to be in a relationship. And if he somehow screwed up his marriage, which is the reason he’s a divorced man, he’s probably learned a thing or two on what not to do again.

2. HE MAY KNOW WHAT HE WANTS BETTER

A divorced man might have gotten married for the wrong reasons (discover why people get married). Maybe he was young and thought the woman he married was right for him at the time, but after growing and changing, he realized he made a mistake. Now that he’s got things figured out, he’ll know soon enough whether he’s in a relationship for the right reasons. He’s got that 20/20 hindsight vision as a divorced man, so he’s not likely to repeat relationship mistakes.

3. HE MAY BE A BETTER COMMUNICATOR

Good communication is key to a long-lasting marriage (check out this podcast on communicating). If he’s a divorced man, it might be because he and his ex-wife never learned this art. Whether they could communicate well or whether they couldn’t, a divorced man probably now understands now what it takes to be married and to stay happy. He could also be more emotionally in tune with what needs to happen to have a happy marriage.

Communicating is important, especially about sex. More on this.

4. HE MAY BE SENSITIVE AND LESS LIKELY TO HURT YOU

Divorce is difficult. And both parties likely were hurt terribly. When a man goes through an experience like that, he’s probably gained some sensitivity and some empathy. He might be more cautious about entering a new relationship. But take that as a good sign. It probably means he doesn’t want to be hurt or to hurt someone else again.

5. HE MAY BE AN AWESOME GUY WHO JUST HAPPENS TO BE DIVORCED

When you first learned that the guy you’re dating is a divorced man, you might have heard warning bells. And rightly so. But the only way to know whether he was a jerk, whether she was, or none of the above is to get to know him. Eventually, you can find out why the divorce happened.

Maybe he was the best husband in the world, and his wife fell out of love. He might not have done anything wrong. Give this guy a chance. It’s fine to be cautious, but just because he’s a divorced man doesn’t mean you have to avoid him.

CONS TO DATING A DIVORCED MAN

If your guy is still hung up on his ex, he’s not really into you. You just happen to be someone he can be with since he can’t be with her. Is that what you want? Here are some signs that let you know he’s still into her:

He might be over her, but she might not be over him. His ex might be needy and might have no one else to turn to but him. She might call him to come over to fix something around the house or to help her with taxes (if he was the one who used to do them). And every time she calls him, she might be trying to get him back. Is that something you want to deal with?

3. HE’S GOT AN ENTIRE OTHER LIFE BEFORE YOU

If you’ve not been married before or have never before been in a serious relationship, you probably want to do certain firsts with your partner: traveling to a new place, buying a house, getting pets, etc. It’s special when this is a first experience for both of you. But when you date a divorced man, he’s probably already done all those things and shared those first experiences with someone else.

One of the most hurtful things of all is that you may not be able to have first kids together. So your first baby might not be his first baby. If you do have a baby with a divorced man, the baby will still be special to him, of course, but it won’t be the same experience for him as it is for you, and that can be disappointing. And if he’s older or already has kids, he might not want a child at all.

4. THINGS COULD BE TRICKY IF HE HAS KIDS

Speaking of kids … they really complicate matters. And when you’re dating a divorced man, there’s a reasonable chance that he has kids. If you don’t have kids of your own, you might not understand it when he puts his kids’ needs before yours. If you do have kids of your own, you’ll understand it better, but it’s still difficult to try to form a relationship with his children from another woman. There are all sorts of landmines that could happen.

Kids are one of 8 common relationship issues. Find out more.

You need to prepare yourself on how to deal with his kids if you want a smooth relationship. And it won’t always be easy.

Because he’s been married before, he might want the same perks of being married right out of the gate with you. This is called a “mini-marriage.” He doesn’t really know you and, therefore, know if you are the one, but he wants the relationship to function as a marital one does. He’s not satisfied with just dating.

Psst, wondering if he’s the one? Read this.

He wants an instant relationship to take the place of the one he just lost, to fill a void (one sign of a serial monogamist – more about this). This relationship might work out, but it will only by luck. He doesn’t really see you for who you are. You’re just there to help him avoid an unbearable loneliness. It might be best to let him get over her, and then see if he still wants to be with you.

6. HE MAY WANT TO ENJOY SOWING HIS WILD OATS

Now that this divorced man is single again, he might not be serious about you. Typically, the sooner it’s been since his divorce, the less likely it will be for him to want to settle down. He’s probably enjoying being a bachelor again. If so, the last thing he probably wants to do is rush right into another relationship. If settling down is your goal, a man who is enjoying dating and meeting lots of women is not the best pick for you.

7. HE MAY BE UNABLE TO BE IN A RELATIONSHIP

You shouldn’t wait around for a man who is emotionally unavailable. Learn more.

Everyone has their own baggage, whether divorced or not. If there’s a connection, you owe it to yourself to see it out. It’s always best not to rush into a relationship anyway, whether it’s with a divorced person or not. But if you and he are at two completely different stages of life, and the hurdles for you are too great, you may want to move on. But then again, this guy, even if he is divorced, might be the one.