6 Signs of an Unhealthy Relationship

No one likes to think of their relationship as unhappy or unhealthy, but many relationships are. It can be difficult to recognize any sign of an unhealthy relationship if you’ve never seen a good relationship model or if you’ve been doing the same thing for so long that you can’t remember what it’s like to be happy. 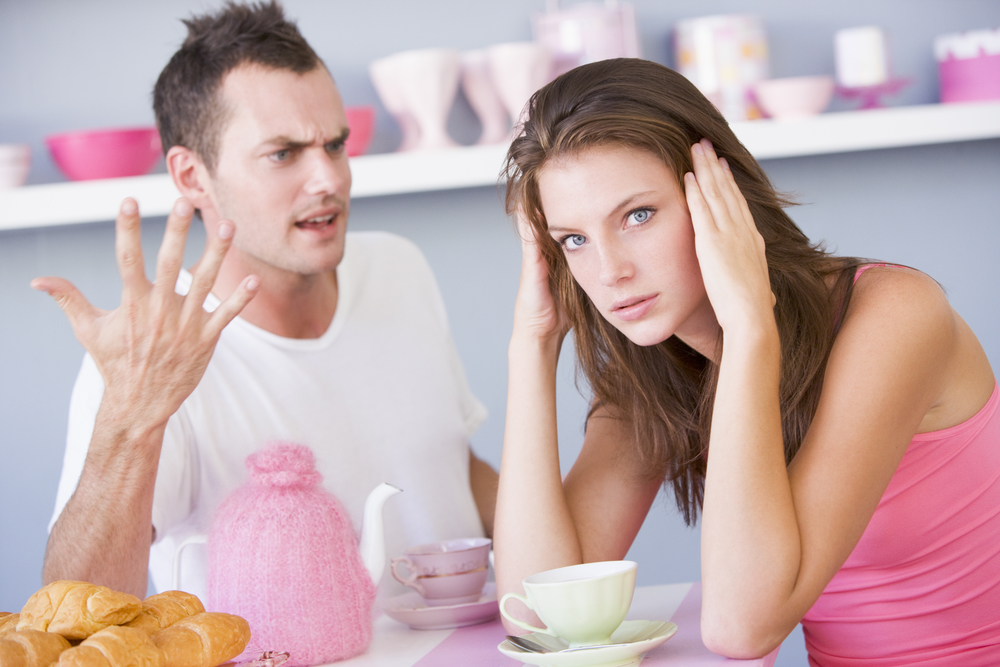 It’s natural to have ups and downs, and you may find yourself in a comfortable place when your relationship is no longer new, but many people mistake an unhealthy relationship for one that is simply normal.

You can even recognize signs that you’re unhappy in your relationship and try to make improvements without actually fixing anything. This may be in part because you shift the blame onto your partner rather than taking responsibility. But relationships are two-way streets, and if you recognize any of the following signs of an unhealthy relationship in your own relationship,

You may also be keeping score if you bring up things he’s done wrong in the past. If you want to have a healthy relationship – one where the two of you can move past issues and not keep having the same fight – then you don’t want to keep score. Remember that each of you will sometimes make mistakes and each of you will also put in effort. It’s natural for us to overestimate our own effort and call out others for their mistakes, believing those mistakes to be a personal fault.

This might seem okay, but it’s actually a sign of an unhealthy relationship, and something you don’t want to do if your relationship is going to last. It also leads us to our next point.

You don’t like the way he dresses, cooks, cleans, takes care of the kids, talks about you, spends his off time, so on and so forth. There’s a never-ending list of things you’d like to change about him, and you’re quick to vocalize it, sometimes in front of others! Written in such a way, it seems pretty obvious that this type of nagging is a sign of an unhealthy relationship, but we tend to rationalize these thoughts in our heads. If you find yourself thinking “We could be happy/perfect/better if he would just..”, then you might be more critical than you realize.

Critical behavior is often learned when a parent or trusted adult is critical of us. Being critical of others, even if it’s our partners, makes us a feel a little better in a superficial way. But it doesn’t actually make us feel better in the long run because we’re still entertaining negative thoughts.

To get to a happier and healthier place, do the following:

Some issues commonly take a toll on relationships and can lead to unhappiness, but you can deal with them if your relationship doesn’t display other signs of an unhealthy relationship.

3. You Never Speak Up

Just because no one is talking about problems doesn’t mean they’re not there. Perhaps you deny them and put on a happy face for holiday cards and family events. Maybe you throw yourself into your work and use it as an excuse not to talk about what’s happening in your relationship with your man.

There are a lot of reasons you might not be speaking up. Perhaps your partner is emotionally abusive, and your role as the victim doesn’t allow you to do so. Or maybe you’ve tried talking to him before, but nothing ever changes. If you haven’t had good examples of relationships or weren’t taught how to communicate effectively, you might feel frustrated whenever you do try to talk to your man because it goes nowhere.

But keeping it all inside only breeds resentment. It doesn’t take long for you to check out of your relationship. Would the person you were when you first became involved find this acceptable? Or even imagine that it would someday become a possibility?

You can adapt some of the advice in this post about sexual communication to speak up. In some instances, you might find counseling to be helpful. Even if you go yourself, you can learn to speak up about your feelings and how to better listen when your man is talking. The two of you can learn methods, such as the speaker-listener technique, which you can learn about here, to ensure you have discussions rather than just fighting.

4. You Fight All the Time

Of course, fighting all the time is a serious sign of an unhealthy relationship. If you avoid each other because you’re worried about the inevitable fight, something needs to change and fast. In a fight, one person tends to pursue and the other tends to back away. Although, both of you might be pursuers. The aforementioned speaker-listener technique can help to end this cycle, which is usually perpetuated because one of you worries about never being heard and the other feels overwhelmed.

You can also make the time you have together work better for you. For example, you might set aside a certain time every week when the two of you can talk about how you felt about your relationship over the last week. This guarantees you’ll be heard, so something small won’t set off a big fight over the course of the week. Plus, it gives you a chance to talk about the things that went well, which can help the two of you feel closer together!

5. …And It Always Comes Back to the Same Issue

Ask any therapist the signs of an unhealthy relationship, and they’ll probably bring up this one. If all of your fights turn into the same fight no matter what set them off, you’ve got some problems you’ve not fully dealt with. This could be because you’re just glossing over the issue or because you don’t know yourself well enough to even understand why it’s a problem for you. Perhaps your man is simply having trouble letting something you said or did go.

Whether the other person thinks the issue is trivial or not doesn’t matter because it’s important to your boyfriend. The opposite is also true. You both need to understand that certain issues might be triggering because of your individual personalities or even your families.

Speaking of family, that’s one of the issues that commonly leads to strife – and sometimes divorce – between couples. Read more on that in this post.

6. You Use Sex to Connect (But Not Really)

Couples often think they’ve resolved the symptoms and signs of an unhealthy relationship just because they hop in the sack, but this is often not the case. It’s good to use sex to reconnect after you’ve actually talked about your issues and have a plan to deal with them. Makeup sex can be awesome, after all. However, you shouldn’t use sex as a replacement for the hard work needed to maintain your relationship. When you do, the same feelings of resentment can grow.

One or both of you can actually grow to associate sex with negative feelings, and that person may try to avoid sex  in the future because of it. Sex shouldn’t ever be used in such a negative way, however. It should help you connect, relieve stress and have fun. Once in a while, a little angry sex can be enjoyable, but using sex as a way to avoid solving your problems is one of the signs of an unhealthy relationship that you need to deal with as soon as possible.

In some cases, it might simply be best to leave your relationship, especially if your man is abusive in any way. But many people need to feel as though they’ve tried as much as possible to improve their relationships before they allow themselves to leave. That’s perfectly fine, and you can start by looking for any sign of an unhealthy relationship listed here.