6 THINGS TO DO TO GET HIM TO COMMIT

If you’ve been waiting for a guy to ask you to be exclusive or even ask you to marry him, you might feel pretty impatient. Perhaps you’ve dropped hints because you don’t want to talk about it directly, or you’ve tried to talk about it, but he shuts it down. You might have resorted to nagging, which we all know often has the opposite of the intended effect. Instead, we’ve got some advice that can aid you in getting him to commit if there’s any chance of it. 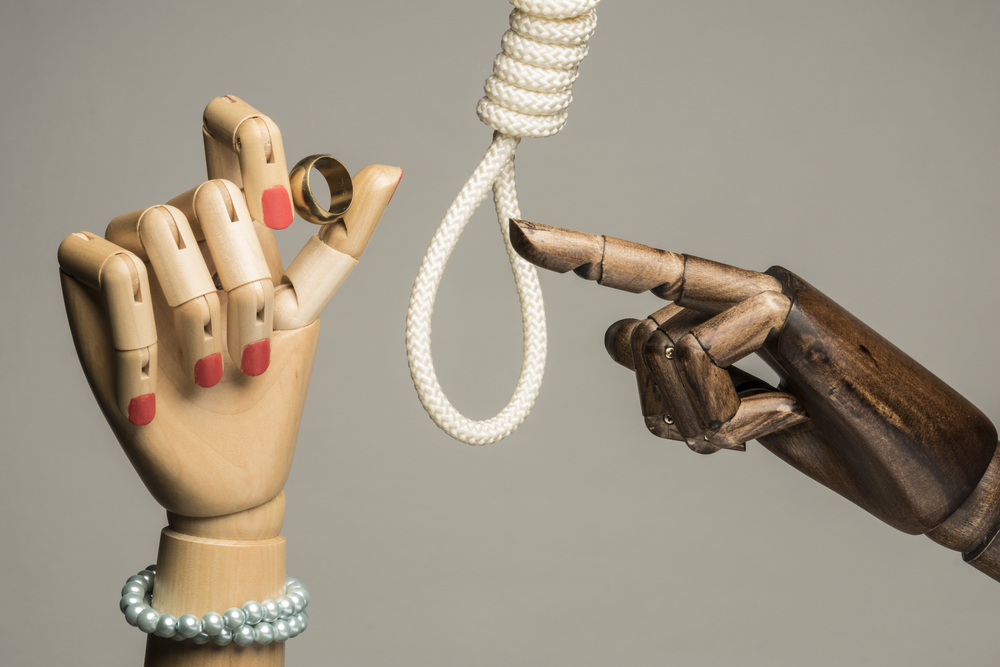 UNDERSTANDING HIS FEAR OF COMMITMENT

Both men and women can have a fear of commitment, even though it’s stereotypically men who are avoiding getting into a relationship or taking that relationship to the next level. If your man has a hard time committing, keep the following in mind:

Of course, there are more reasons why a man may not want to commit to a woman, and it can get even more complex if he doesn’t personally know why he’s got cold feet. Your direct discussions might be circular and frustrating for both of you. Sometimes, you can’t know what his motivations are. You simply must find ways of getting him to commit if you’re serious about your relationship.

ENCOURAGE COMMITMENT FROM YOUR MAN

If your man doesn’t readily commit for whatever reason, you’ve got to be prepared to encourage commitment. Much of this advice is similar to playing hard to get. You’ve got to make him realize that you’re both a catch and not necessarily going to wait around for him to make up his own mind about commitment. It can feel manipulative to do this, but sometimes it’s the only way to get him to commit. With that in mind, you can try the following.

1. DON’T BE THE BROKEN RECORD

If you’ve dropped hints that you want to be “Facebook official” or you’d like an engagement ring in the near future, he’s probably caught on. He’s not dense. Either he’s got a big plan ready to surprise you with, or he’s dragging his feet. Always nagging him isn’t the way how to get him to commit. In fact, it might even push him in the other direction. So stop using every marriage and engagement of your friends to try to get him to do the same. Instead, just back off – at least, in an obvious way.

2. DON’T BE OVERLY CONCERNED WITH TIMELINES

Do you need to have a house, a career and a marriage by the time you’re 27? Should all of your 5- or 10-year goals be based on romantic comedies? Do you know the number and type of kids you want? If you’re simply living your life on an arbitrary timeline, you might be pushing to commit even if your relationship isn’t quite there. This is likely going to make both of you more stressed than you need to be. So re-examine your need for commitment right now. If it’s not helpful, ease up on the timelines.

3. DON’T MAKE HIM THE PRIORITY WHEN YOU’RE THE OPTION

This is hard for women who are just learning how to get him to commit. If you’re afraid he’ll find something or someone better or that he’ll forget about you as soon as you’re out of sight, you’ll probably be a little clingy. That’s never attractive. Plus, you don’t want to be the one rearranging your schedule at the drop of the hat. Take a little time to reply to him when he texts. Learn more about texting rules. Don’t answer every call on the first ring – or at all. Let him make the first move.

Instead, keep your schedule busy with work, friends and hobbies. Let him know that you’re in demand. This should hopefully make him want you more and make more of an effort to be in your life, eventually leading to commitment. It also leads us to our next point.

..even if there isn’t exactly. Perhaps you spend more time with your guy friends or who hint that there’s someone from work or school who likes you. Men want what other men want or have (women are guilty of this, too!). If there’s one thing that can send him straight into your arms or the jewelry store, it’s a little jealousy. Be careful, though. There’s a fine line to walk when making him jealous, and some guys simply won’t fall for this. More on that in this post.

5. PROVIDE HIM WITH THE GREAT RELATIONSHIP HE WANTS

Sometimes the reason a man isn’t committing is that the relationship is lacking in some way. Maybe he’s not sure you’re having the best sex possible. Perhaps not all his emotional needs are being met. If he’s not swept off his feet, then he might have doubts and not want to put a ring on your finger or be monogamous with you. So here’s how to get him to commit: be everything he wants and needs.

If he’s just on the fence about your relationship, then bumping it to the next level might be what he needs to commit to you once and for all. Check out our relationship advice archives for more ideas.

Remember that if he’s just leading you on, he’ll be more than happy to reap these benefits and take you for granted without showing any commitment. You only compromise yourself and your happiness by allowing this to continue.

If the previous advice has failed you and you’ve gotten nowhere when trying to be direct with your man, then there might not be another choice. You might have to take a break in your relationship because it’s the only way to get him to commit at this point. A lot of women – and men – are hesitant to do this because they’re afraid it will sound the death knell in the future. But if your relationship can’t rebound, it might already have been on the track to dissolution. Find out the signs that your relationship will end.

But sometimes a break can be useful. Time and space can show you what matters and help you move past trivial things that might currently be a roadblock to greater commitment and happiness. He might realize that he can’t live without you. Perhaps you realize that you can live without him, and commitment from him won’t make you happy, anyway. If he sees how happy you can be without him, he might finally fight to win you back.

Getting him to commit is a daunting task, but it’s one that is possible if you go about it in the right way, and he’s just on the fence in some way. However, it’s not always possible to get him to commit, especially if he’s made it very clear that he’s not interested in commitment. If your man has said this time and again, you should heed his word. He might not really be “your” man, no matter how much you want or love him. If you can’t get him to commit with this advice, then it’s time to walk away with dignity.