7 BREAKUP STAGES YOU NEED TO GO THROUGH TO MOVE ON

Time is necessary for you to process the end of your relationship and move on, no matter how old you are, how many times your heart has been broken or how long the relationship was. In fact, you’ll need time to deal with your breakup even if you were the one who initiated it. Everyone goes through the different stages of a relationship and understanding those stages can be reassuring during a difficult time of your life. 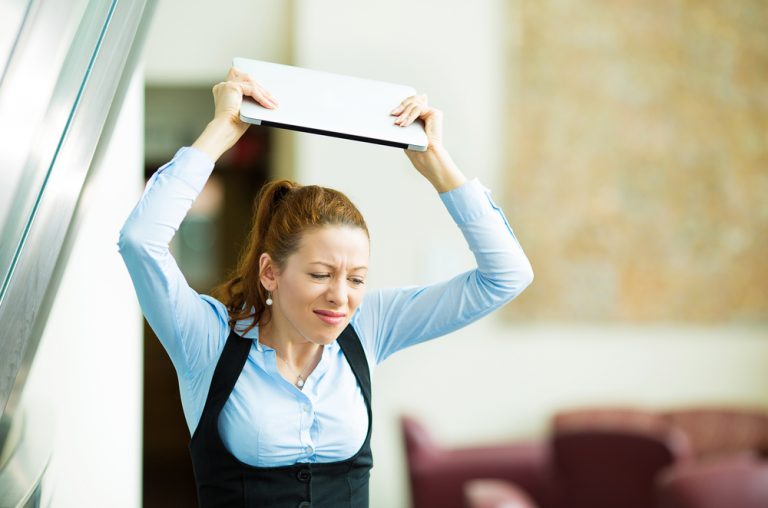 WHAT DO YOU MEAN BY STAGES, ANYWAY?

Although calling them stages of a breakup seems to indicate that you move through each breakup stage to the next, it doesn’t quite work that way. You may think you’ve passed one stage, only to find yourself backsliding a little later. You can also experience multiple stages of a relationship at once. Feelings are messy like that.

Furthermore, some stages might last longer than others, and the entire process varies in length. Sometimes it takes days, week or even months. For a long-term relationship, the process might even take years.

You might become frustrated because it feels like it’s taking you too long to get over someone. It’s okay to be frustrated, and it’s fine to take a long time. It’s best to allow yourself to feel rather than to deny your feelings. So if you’re sad, be sad.

So if you’re sad that it’s over, be sad. If you’re angry that he left you or that you didn’t see your relationship crumbling, be angry. Notice the feelings and let them drift away, so you’re not wallowing in them.

Finally, you don’t necessarily want to use alcohol or other substances to make the pain fade away. However, things that naturally boost your mood such as exercise might be beneficial to you during this time.

THE STAGES OF RELATIONSHIPS

This stage of a breakup occurs when your man has announced he wants to end things. Perhaps it comes as a surprise, and you’re hurt and confused. So you begin asking questions.

You want to know why he feels this way and how long he’s felt it. You ask why he led you on without talking to you, and you ask if there’s anything you can do to change his mind (consider these ways to save a relationship). You might ask something like “Is there someone else?” even if there’s not, or you may question how he can do this to you.

There are also questions you’ll ask yourself. What did I do wrong? What signs were there (discover 10 signs your relationship will soon be over)? Is this my fault?

Seeking answers makes sense. You’re trying to make your worldview make sense, especially if you had no suspicion that he wanted to end things. Unfortunately, if your man has decided to end things, your desperate pleas for answers may fall on deaf ears or actually make things worse. And he may not know the answers, anyway.

One question can help you move forward – where do I go from here?

You’re in the process of breaking up or have recently split up, but you’re not quite sad about it. In fact, you’re in denial. You’ll look for all sorts of ways to justify these feelings.

Perhaps you have a cycle of breaking up and getting back together, and a breakup has never stuck before (by the way, this is definitely a sign of an unhealthy relationship). You might think he can’t live without you or won’t be able to find someone else. You think you know him better, and he doesn’t mean what he’s saying. Maybe it’s just too hard to deal with, so you deny it away with no real justification.

If your (ex) man is leading you on for sex or some other reason, it’s easier to get stuck in this stage of a breakup than it would otherwise be.

Psst, it’s usually a bad idea to have sex with your ex. More on that here.

Hopefully, this relationship stage is a short one because the longer you’re stuck in it, the harder it will be to come to terms with the truth. In some instances, denial becomes so extreme that people invent elaborate stories in their head and carry on as if they’re still in a relationship. Therapy can be useful if you’re unable to move on from this stage.

You’re starting to come to terms with the fact that it’s over, but you’re not quite ready to accept it. So you try to negotiate.

First, you try to negotiate with this guy. You promise to do anything and everything he could want as long as he stays with you. Even if those things are impossible or unhealthy. Even if the breakup isn’t about you at all.

You might try negotiating with God or other powers that be. You put vibes out into the world in hopes that your relationship can remain intact. Perhaps you pray on it, even if you’ve never prayed before.

But negotiation is only effective when someone is willing to work with you.

You might sleep with your ex (this is usually a bad idea) or try being together. But it doesn’t really work. He’s not into it, or you’re just incompatible.

Relapse hopefully won’t send you into such a backward spiral that you have to go through every breakup stage again, but sometimes that can happen.

Occasionally, you can fix the issue and get your relationship back on track. Learn how to get your ex back using psychological tricks.

Anger is an expected emotion when you’re going through a breakup. Sometimes people pretend they feel no anger, but it’s usually not the case. Accept that you’ll be angry – with him, with yourself and with the world at large.

You’re mad at your ex because he broke your heart, perhaps leading you to think everything was okay for weeks or months before he finally manned up to end things. You’re angry with yourself for not seeing it, for falling for the wrong person (again) or for not being better in your relationship. You’re mad at the world for being so hard and letting you down time and again.

And all those types of anger are normal, logical even. But they can quickly become unhealthy if you allow them to take over your life. You don’t want to lash out at your ex and potentially do things that might be illegal (hurting him or damaging his stuff). Nor do you want to direct uncontrollable anger inward.

Instead, you need to figure out how to deal with this phase in a healthy way. Perhaps you get into kickboxing or painting. Whatever it is, find a way to channel your anger.

The second-to-last step is a sign that you’re truly getting over your breakup. You accept that it’s over regardless of whether you want it to be. You realize that you need to move on and may even be excited at the prospect.

Learn how to move on after your relationship ends.

As you move into the final stage of your breakup, you’ll feel hope for the future. You’re excited at meeting new people and dating them. You’re enjoying your newfound single life and perhaps remembering who you were before you got into a relationship with your ex.

You can have sex with anyone you want, try things your ex wasn’t into and enjoy flirting and sexual tension with new people.

Plus, you might also realize that your relationship wasn’t that great once you’re away from the situation.

ALTERNATIVE STAGES OF A BREAKUP

Although we’ve suggested the seven common stages of a breakup, some people experience other breakup stages. The following is one alternative progression of stages.

You can see the overlap between these alternatives and the ones we expanded upon. Shock occurs first. It includes confusion that leads to answer seeking. Denial follows.

Bargaining is simply another name for negotiation, and acceptance is listed as one of the final stages of a breakup.

BREAKUP STAGES FOR THE DUMPER

Although we’ve framed the stages of a breakup as though you were the one who is dumped, you’ll still have to go through stages if you’re the one who breaks things off. Your life is still changed, and you may need to grieve the end of a relationship. However, it may be easier for you when you’re the dumper rather than the dumpee.

Make it easier for yourself by reading our guide to pain-free breakups.

As you can see from this model of breakup stages, breaking up and grieving are quite similar. As you process the loss, you’ll move through different stages. Be gentle with yourself and allow yourself to experience those feelings in a healthy way.