7 SIGNS OF A CONTROLLING MAN WHO MIGHT BECOME DANGEROUS

In most healthy relationships, there’s a bit of give and take. Sometimes, you’re the one in control and calling the shots. Then, other times he is. However, sometimes guys get this idea into their heads that they need to “take control” of the relationship and sometimes even take control of you, too. 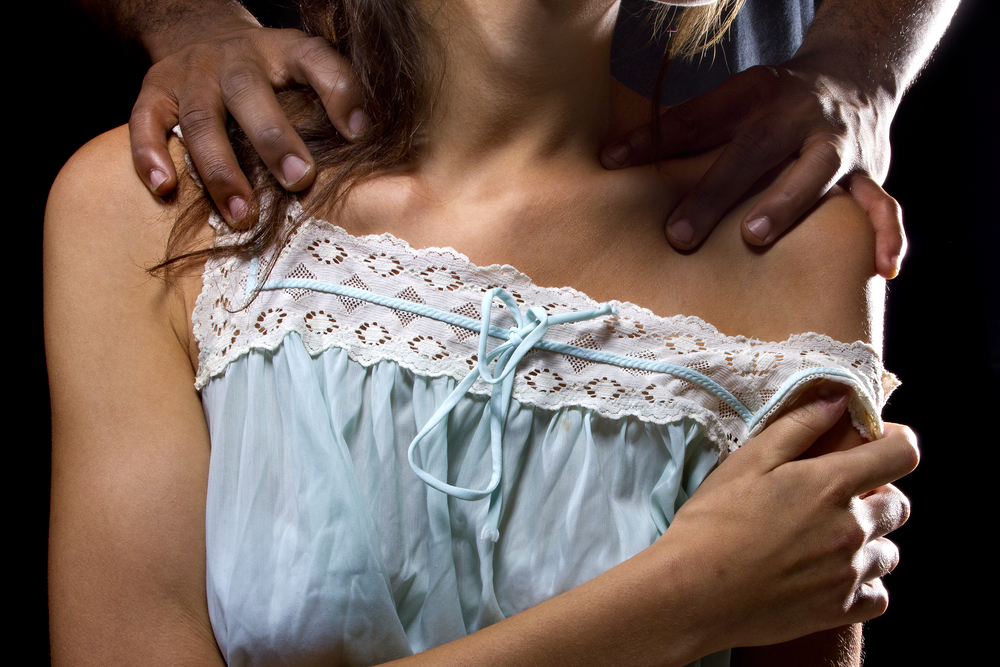 This is not good, ladies, especially if his taking control has become the pattern or the norm for your relationship. Eventually, he could limit your life to the point that he’s the only one in it. You might start to lose your self-esteem. This relationship has now entered the unhealthy realm. It’s built on control and his distrust of you. Healthy relationships are built on love and trust.

Here are seven signs of a controlling man. If you recognize any of these signs, you might want to reevaluate your relationship and question whether you should stay in it. But keep in mind that sometimes people get a bit jealous or act controlling every once in a while, and that can be normal, especially if they apologize and stop when they are called out.

1. HE ONLY WANTS TO DO WHAT INTERESTS HIM

You have fun sharing his interests with him, but when you suggest an event or something you want to do, he makes it clear that he doesn’t want to go, which is a sign of a controlling man. Or if he does agree to go, he makes it obvious that he isn’t having a good time. It gets to the point that you only do what he suggests, and you never suggest anything anymore because you don’t want to hear his complaints and comments. But you’re not completely happy with this arrangement.

If anything goes wrong, in his mind, it’s your fault, which is another sign of a controlling man. He believes that he is never to blame for anything. If you do point out something he did that was truly his fault, he’ll just turn the conversation to all the mistakes you’ve made. You’ll then just have to give in because he won’t let it go. He might even start to accuse you of things that you didn’t do, such as going out with someone else when you said you were with a friend. It’s tough to have a rational conversation when a controlling guy enters this mode.

3. HE’S INSECURE ABOUT HIMSELF

Another sign of a controlling man is that he is often insecure. Insecurity is a reason he might feel the need to control you. If a man thinks he isn’t good enough for you, he might keep a tight rein on you; otherwise, he thinks you’ll leave. Because of the insecurity, your man might feel the need to drag you down so that you feel insecure as well. Here are some signs that let you know you might be with an insecure guy:

You might think it’s only natural for him to want to know where you are. And it is. If you made plans to go out with friends one night, you’d probably tell your boyfriend what your plans are. But if you are just out running errands, for example, and you decide to get yourself a smoothie and sit outside at the park to enjoy it, you should not have to check in with your boyfriend for that. That is a sign of a controlling man.

If he expects you to account for every minute of your day, there is something wrong. You should be able to do things without him and without checking in with him every time you want to do something. You have lost your privacy when that happens, and he is controlling you.

5. HE PREVENTS YOU FROM HANGING OUT WITH CERTAIN PEOPLE

If every time you want to see your friends or family without him and he pouts or lets you know he doesn’t like it, there’s trouble. This is another sign of a controlling man. He might even object to the time you spend with others on the phone or on social media. He resents that your attention is not on him.

He’ll likely make excuses such as he doesn’t like your mother because she doesn’t have your best interests at heart or some other excuse like that about another person. He then might say that he’s only saying this because he loves you and loves spending time with you and that he hates for you to be away from him. You might feel flattered and even believe what he says about your friends and family. But he could just be trying to isolate you so that he can have better control over you.

6. HE CONTROLS THE MONEY (OR HAS NONE)

Money with controlling guys can go one of two ways. The first sign of a controlling man is that he expects you to support him while he spends his time “looking for work” or trying to make it big as a musician or whatever it is he dreams of being. Meanwhile, he’s not bringing in much or any money, knowing that you’ve got that covered. Or your financial situation might lead to more problems.

The other sign of a controlling man regarding money is if he insists that you stop working because he can support both of you. He then controls all the money. It’s typical for a man like this to give his woman an allowance and to keep tabs on where every cent is spent.

7. THE RELATIONSHIP IS UNEVEN

He has many rules for you (and not the kind that keeps a relationship running smoothly!), such as who you can see and when, but he has no such rules to follow for himself, which is a classic sign of a controlling man. He’s allowed to go through your phone whenever he likes, and he even gets to know what your passwords are, but you could never go through his phone or ask what his passwords are.

He gets to flirt with other girls when you go out, but you better not even look at another guy. When your relationship has gotten to that point, it is not equal, and he has taken control.

If you allow controlling behavior to escalate, you could be putting yourself in danger. If he is the type who doesn’t trust you, is suspicious of you, accuses you of seeing other men or otherwise “sneaking around,” he could become abusive. When he is so irrational that he doesn’t believe you when you are truthful, nothing you can say will satisfy him. When this type of man gets angry because of what he thinks you’re doing, he could get physical with you. And that is never acceptable.

Even if you don’t worry about physical abuse, you shouldn’t stand for emotional abuse. More on that here.

IT’S NOT JUST MEN WHO CAN BE CONTROLLING

Sometimes it’s the woman who’s the controlling one in the relationship. Women tend to control men if they are afraid of losing their man or if they need constant approval. Look at yourself to see whether anything sounds familiar:

If you answered “yes” to any of those questions, you likely are afraid of losing your man and are trying to manipulate and control him.

You might criticize or put down your man if you need constant approval in the relationship. You do this to make him work harder to prove his love for you.

OPTIONS AVAILABLE TO YOU IF YOU’RE IN A CONTROLLING RELATIONSHIP

If your man shows all the signs of a controlling man and you find that you’re in a relationship that has the potential for abuse, or that is already abusive, there are resources available for you. People in the United States can call the National Domestic Violence Hotline at 1-800-799-7233. In the United Kingdom, people can call Women’s Aid at 0808 2000 247. For anywhere else in the world, you can visit the website of the International Directory of Domestic Violence Agencies at www.hotpeachpages.net.

Even if you’re just confused and concerned that your relationship might not be quite right, you can call for help. Don’t think that he’ll just change on his own. If you continue the relationship as it’s been, it’s likely to get worse. The only way he’ll change is if he takes complete responsibility for what he’s been doing to you and gets professional help, and even then, there is no guarantee that he will ever truly change.

If you do nothing, you’re enabling the controlling and possibly abusive behavior to continue. Even if your man begs you to forgive him and says he’ll never abuse or control you again, if he doesn’t get professional help, he’s likely to return to the behavior soon after you forgive him.

THIS IS GOING TO SOUND A LITTLE CRAZY, BUT...

I want to teach you some oral sex techniques I call "sexual heroin" because they will make any man completely and utterly addicted to you, doing anything just to be with you.

These secret oral sex techniques, that you can use on any man, will give him back-arching, body-shaking, screaming orgasms so powerful that he may pass out afterwards.

If you are in a relationship where the "spark" is no longer there and would like to experience more passion, fire, and intensity then you may want to check them out.

Some side effects include: