7 Ways to Annoy Your Boyfriend (Both Cute and Disastrous!)

Everyone finds certain behaviors mildly irritating – being a noisy eater or saying annoying phrases all the time like, “It is what it is,” or “No offense, but.” 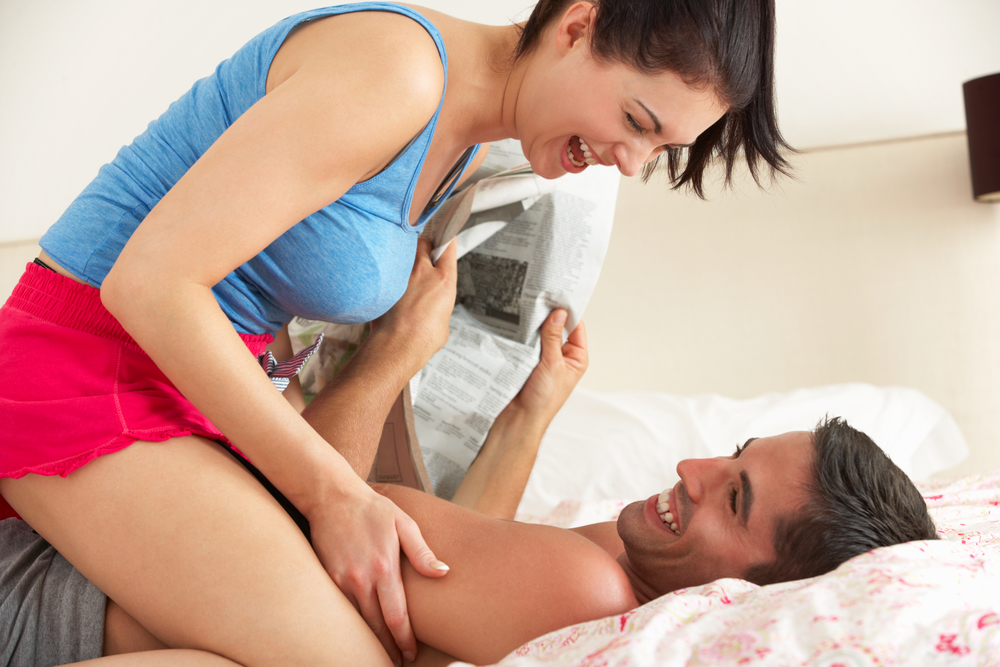 Yet other behaviors are more than just mildly irritating. They are so maddening that they can ruin the relationship because they can really annoy your man. And that’s what we’re going to let you in on with this post. We’ll let you know what not to do if you want to keep your boyfriend. Use caution if you decide to engage in the behaviors anyway; they might bother your man at a very deep level and can potentially ruin your relationship.

1. Humiliate Him in Public

It’s one thing to slightly embarrass your guy in front of others, like telling his friends about the time he dressed up his dog to look like a superhero or to embarrass each other while doing something like karaoke. His friends will probably tease him, but the world won’t end for your guy because you told people his little secret. Your boyfriend will probably joke about it, too, along with everyone else.

But humiliating your boyfriend in public is an entirely different matter. It not only will annoy him, it’s super mean-spirited and is toxic to a relationship. Once someone is humiliated, it could become a traumatizing incident in their life. When someone is humiliated, they are usually stunned, speechless, and just want to get away.

The reason one person humiliates another is usually to destroy their spirit or to destroy them socially. Ways you might humiliate your boyfriend would be to ignore him in public (which is why making a guy jealous is so risky!), take him for granted, or laugh at him in bed. You are, in essence, denying that he’s a human equal to you. If you want to annoy your man and drive him away, humiliating him should do the trick.

Belittling your boyfriend is another toxic behavior that will annoy him and will probably make him want to leave you ASAP. When you belittle, you make fun of your boyfriend, giving him the impression that you think he’s silly, stupid, and beneath you. You might even think you’re just being harmless by telling him after the put down that you’re only joking or by saying, “Just kidding. Can’t you take a joke?” But deep down, he knows and so do you that you really aren’t just kidding.

People usually belittle when they have low self-esteem. They’re trying to bring their partner down to their level. If you find that you’re doing that, stop it. You’re not being a kind person or fair to your boyfriend, especially if he’s insecure already. Work on bettering yourself, instead. When you feel good about yourself, you won’t feel a need to bring down your boyfriend or anyone else for that matter!

“Lady Middleton resigned herself … Contenting herself with merely giving her husband a gentle reprimand on the subject, five or six times every day.” —Jane Austen, Sense and Sensibility

Jane Austen wrote that passage about nagging in 1811. More recently, TV sitcoms and even cartoons have been filled with the nagging wife and henpecked husband. They are sometimes replete with a rolling pin that she uses as a threatening club if her husband doesn’t take out the trash, mow the lawn, or pick up after himself.

If you nag your boyfriend, you could be damaging your relationship. He could associate nagging with someone or something unsavory. That’ll put the kibosh on intimacy real quickly.

Nagging and constant criticism are also signs of an unhealthy relationship. Plus, nagging doesn’t even work. Instead of nagging, try calmly discussing what it is you want.

When you get into a relationship, you need to build trust and honesty for it to last long-term. But many people want to hide or lie about something, thinking it will be best. It won’t. Although you don’t have to (and shouldn’t really) tell everything about your past on the first few dates, at some point you need to stop keeping secrets from your boyfriend, which is often classed as lying by omission.

Once he finds out your secret, he’ll feel betrayed and might want to break up with you, and ironically, usually not from the information he found out, but because of you withholding it. If you do stay together, this can lead to trust issues. Read more about this.

And of course, it should go without saying that outright lying is bad. No one wants to partner with a liar. You just can’t emotionally connect to someone if you can’t believe a word they say, so lying will really annoy your man.

Annoy Him in a Fun Way

If you just can’t help yourself and have a need to bring out your inner brat, it’s possible to annoy someone in a playful way. If you’ve been a bad girl, he’ll need to punish you … So with that said, we’ve given you some ideas on how to annoy your boyfriend.

This little annoying behavior for how to annoy your boyfriend will have him scratching his head, trying to figure out what the heck you’re trying to say. Then he’ll realize you’re just playing a little joke. The web is filled with gibberish generators. Want to be a gangsta? “Crazy shizzle my nizzle crocodizzle lorizzle, go to hzzie izzle.” A hipster? “Vice cronut mixtape, taxidermy hammock distillery banjo synth seitan chia fixie photo booth.” You get the idea—annoying yet funny.

Not his thing? Don’t worry. Try these texting games instead.

2. Talk to Him During a Movie

If you’re wondering how to annoy your boyfriend during a movie, know that it’s risky to talk to your date during the film. But then again, he might actually like it. It gives the two of you a vehicle for bonding while watching the movie together. But if you’re out at the movie theater, even though he might either like the talking or just be mildly annoyed, the others around you won’t appreciate it at all. And they paid just as much for their tickets as you did, so play it safe, and don’t talk throughout the entire film.

3. Tickle Him When He’s Concentrating

When he’s been sitting in front of the computer screen a little too long, give him the break you know he really wants for this great lesson on how to annoy your boyfriend. Come up from behind, wrap your arms around him, and tickle his armpit. If he says, “Not now. I need to finish this,” let him. But if he laughs, you know that you’re not really annoying him. After about 15 or 20 seconds of tickling, the activity will probably switch to some other fun thing you do together.

There are more ways to annoy a guy (in a bad way). Being clingy is definitely one!

There are fun and cute ways to annoy your man, and then there is a relationship-destroying way to annoy him. We hope we’ve made it clear which is which so that you don’t drive away the love of your life but that you do have amusement in the relationship.