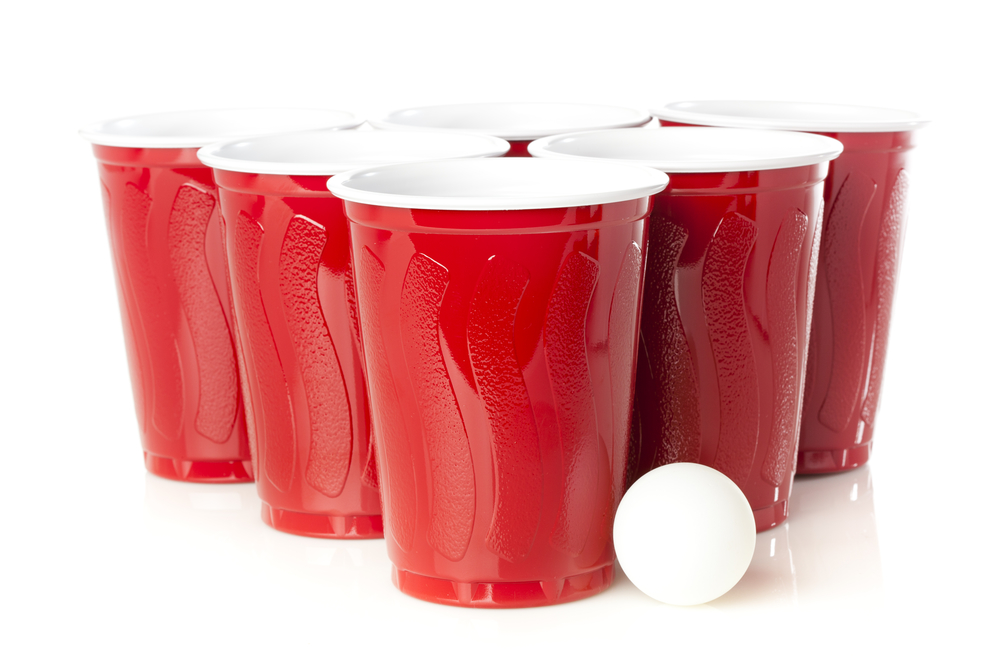 1. NEVER HAVE I EVER

This classic drinking game goes by several similar names, and while it’s fun at a party and forces your friends to spill their secrets and get drunk, it’s an even better drinking game for couples! I Never has a simple setup. One person lists something they’ve never done. If the other person has done it, they take a drink or shot. Switch turns with your partner and keep it going. You can always up the ante. For instance, if one of you has never had sex in public, well, maybe that’s something you can remedy while playing this game.

Because it’s just the two of you drinking, you might want to take smaller drinks or mix up a weak cocktail. Unless you’re aiming to get drunk, pace yourself. Of course, drunken sex might be something you finish the game with if you’ve never done it before. Read more about that in this post.

Instead of just talking about what you have done like in the previous drinking game for couples, consider Truth or Dare with this twist! You know the rules:

But add “Drink,” which will allow you to skip telling the embarrassing truth or doing a dare that you’ll never be able to live down. If you drink enough, you might just become more daring as the drinking game goes on!

We’ve all played this drinking game in college or at a house party. It can be fun, and playing with other members on your team helps you to beat your opponents. But all you really need is two people, a pong ball and some plastic cups to set up a little tournament with your man! According to traditional rules, you get to toss a ball from one end of a table with the intent of landing it in a cup filled with alcohol, which your partner will then have to drink. The person whose cups empty first is the loser.

You can change up these classic rules by allowing a bounce on the table. And if you’re worried about germs – because your ball can become quite grubby during play! – simply fill your cups with water and take a drink or shot from a more hygienic container when it’s your turn. Or, you can write down dares under each cup. Instead of drinking, you’ll have to perform a dare when your man makes a good toss.

Pong can also be turned into a strip game.

Do you wanna get your man out of his clothes? Then any drinking game with “strip” in the title is your friend! This classic game doesn’t typically involve alcohol, but it can quickly become a drinking game. Simply swap out removing a piece of clothing when you lose a hand with taking a shot. This is great if you’re a little shy about taking off your clothes; although, you might not be for long!

It helps to make sure you know how to play poker, of course, and that you’re playing a version you can excel at. You can brush up those poker skills by playing a game on your computer before the big date!

There’s something about dice that make bedroom activities so much more fun, and it’s no exception when you use them to develop a drinking game! You can use a set of sex dice if you happen to have those lying around, but you don’t need to. A pair of regular dice will do just fine. For each number from 1 to 12, you’ll assign a task that’s sexy or involves drinking. Here are a few examples.

You can also switch it up so that one die represents actions but the sides of the other dice correspond to body parts, so you might wind up licking, sucking, biting, kissing or caressing your man’s mouth, fingers, genitals, chest or stomach.

We’ve all played this card game when we were kids, and it’s even possibly ruined some friendships in the past. There are so many ways you can incorporate drinking game rules into this. For example, you can take a shot when you don’t have the right color, or take two shots whenever someone plays a “Draw Two” card. Don’t worry if you don’t have the actual deck. A regular deck of cards, perhaps the same one you use for poker, can easily be used for Crazy Eights, which is essentially Uno without all the extra cards.

Is there a show or movie that both of you love? Can you turn it into a drinking games for the two of you? Of course you can! All you need is your drinks or some shot glasses, plenty of alcohol and a little free time. Pick something to watch and make sure your man is drinking every time you do. When you drink will depend upon what you’re watching. There is plenty of inspiration found online as other people have already come up with great drinking game concepts. You can be creative and devise one yourself. For example:

Hell, you can even turn your favorite sports game or match into a drinking game as long as you understand how it works. It may even be funnier if your man doesn’t understand what’s on the screen.

Whatever your favorite TV show, we can just about guarantee that drinking game rules exist. Or you could pick something terrible and drink until it becomes tolerable!

The last drinking game we think you ought to try involves your favorite video game. What better way to bond and have fun with your man? It’s probably best to choose something that you both like and are reasonably good at. A fighting game is great, for instance. Whether you opt for Mortal Kombat or Super Smash Bros, you or your man will have to drink at every KO. Or try drinking every time you attract the attention of the cops in Grand Theft Auto. You know how often Sackboy dies in Little Big Planet? Drink each and every time!

It won’t take long for you to get drunk when you play some of these games. There’s never been more motivation to improve your game unless, of course, you lose just to drink!

Looking for a game that will definitely lead to sex? This post has plenty of ideas!

It goes without saying that you should play these drinking games smartly. Don’t drink and drive. Play at home. Don’t overdrink. Take time to hydrate or eat and slow down before you get sick. Throwing up all over because you can’t handle your liquor definitely isn’t sexy, which negates the point of playing any drinking games for couples.

Each of these drinking games for couples offers the chance to relax and have fun. Some of them test your physical skills, which can make you laugh as drinking deteriorates your dexterity and coordination. Adding alcohol to a date can help you loosen up and get over some inhibitions, especially if you have a hard time talking to a new guy in your life. Plus, many of these games can involve friends, who can set you up to look great and win!

Of course, you can consider these date ideas instead of drinking games if you’re a recovering alcoholic, pregnant or simply trying to save a little money. Drinking can become quite expensive when done on the regular. But for a special night or just to reconnect with your man when you’re stuck inside on a rainy day, you can’t go wrong with these drinking games!