With the media portraying more atypical relationships, including polyamory and open marriages, you might wonder whether monogamy is for you, especially if you wonder what it would be like to be with someone new. You don’t have to look far to see positive portrayals of open marriages, either. Will and Jada Smith are open about theirs. And who knows how many other couples – celebrity or otherwise – are in open marriages but keep mum about it? 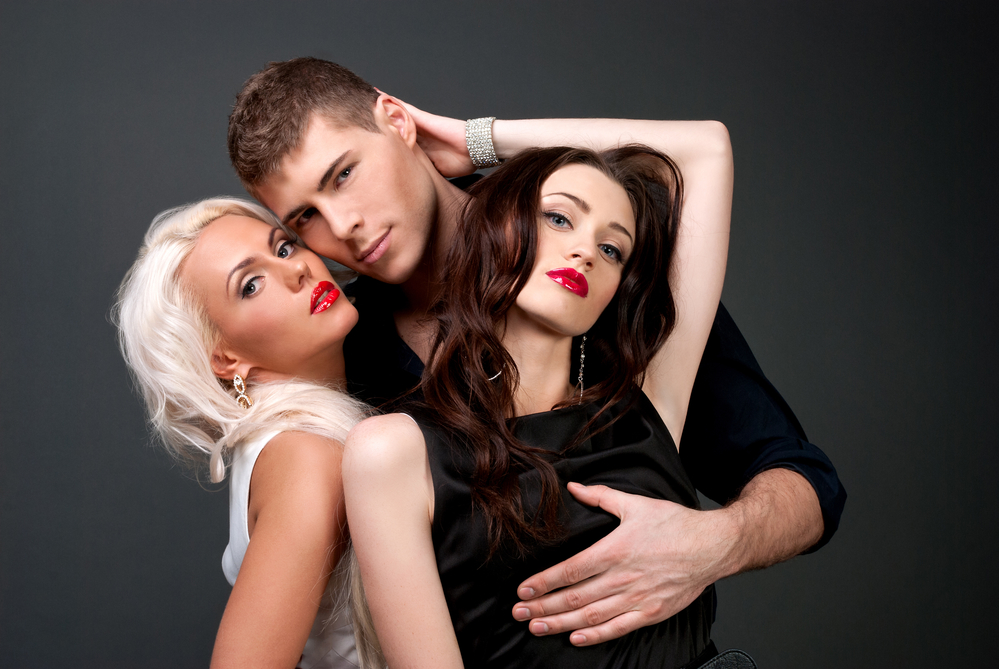 On the other hand, many people still shirk the idea of an open marriage, and there’s plenty of negative publicity about it. Marianne Gingrich, ex-wife of former Speaker of the House of Representatives, talked about how her ex pushed for an open marriage prior to engaging in at least one affair.

Everyone seems to have an opinion on the subject; although, very few people have all the facts. The following are answers to some of your most pressing questions about open marriage, which has both its ups and downs.

1. ISN’T AN OPEN MARRIAGE THE SAME AS POLYGAMY/THREESOMES/ETC?

An open marriage or relationship differs from other types of relationships that involve more than two people, including threesomes and polygamous marriages. In the former, both partners bring in a third person to enjoy sex only. In polygamous relationships, one man has multiple wives while they are all monogamous with him.

On the other hand, both parties in an open marriage are able to date or seek sexual fulfillment outside of their relationship. Those new partners might be involved in other relationships. But a wife’s paramour typically won’t be sexually or romantic involved with her husband; although, the two may be friends.

An open marriage differs from swinging, which usually revolves around only having sex with other people and swapping partners. Read more about swinging. In an open relationship, you may develop emotional attachments with someone other than your husband if the two of you have previously agreed upon it.

2. ISN’T THIS JUST ANOTHER WORD FOR CHEATING?

No. The biggest issue with cheating – and the one that causes the most pain – is the breach of trust. An open marriage involves knowledge and agreed-upon rules from all parties, which we’ll discuss further in a bit. If a partner breaks those rules or attempts to start an open relationship without permission and understanding, then it is cheating.

Read all our advice about cheating.

3. WHAT ARE THE PROS OF AN OPEN MARRIAGE?

Our romantic view of marriage in the West says that our partners should completely fill a number of roles:

And that’s just the tip of the iceberg! But people who engage in romantic relationships outside their marriage are often more pragmatic about the whole thing. After all, it’s nearly impossible for a single person to be our everything, and even if you try, it can wind up exhausting you.

An open marriage gives you contact with a person or people outside of your family and marriage, allows you to experiment with and grow other facets of your personality that might be cramped in your marriage and can even add excitement back into your own marriage due to new relationship energy. More on that stage here. It takes unrealistic expectations away from both partners because there will be new people to share those roles.

Some people also get a great joy from knowing how happy their partners are in open relationships. This is why people who are unable to meet the needs of their spouses, including those with physical disabilities, might suggest the idea of open marriage to their partners.

However, it’s not always perfect.

4. WHAT ARE THE CONS OF OPEN MARRIAGES?

Of course, these are just a few of the cons of open marriages, which is why it’s so important for you to really research and discuss the options with your partner before you act on it.

5. WHAT CAN GO WRONG IN AN OPEN RELATIONSHIP?

Not only do open relationships pose all the risks above, but opening up your marriage in an attempt to save it often leads to its fiery demise. If you don’t have a strong foundation and trust your man – or if he has issues trusting you – opening up your marriage is likely only to exacerbate those problems. Relationships can be fixed, but not this way.

If either of you feels coerced to agreeing to an open marriage, it will only breed resentment. You shouldn’t approach the subject as an ultimatum (“Let me sleep with other people or it’s over!”).

If you want to seek counseling for your open marriage, it might be difficult to find a professional who isn’t judgmental (and who is accepted by your insurance). However, therapists who understand non-traditional relationships are becoming more common.

6. ARE THERE MISCONCEPTIONS ABOUT OPEN MARRIAGES?

Absolutely! It doesn’t just mean you or your man can sleep with whomever you want whenever you want, especially if you have agreed upon certain rules. The media is likely to paint an open marriage either as the solution to marital woes – it’s not! – or as the breaking point of a relationship, which it can be. In reality, there’s a whole lot of middle ground that’s often not portrayed at all in the media.

7. DO I HAVE TO SLEEP WITH OTHER PEOPLE IF I’M IN AN OPEN MARRIAGE?

Not at all. If you’re comfortable with your man having sexual or romantic relationships on the side while you don’t, then it’s fine. You don’t have to date someone just because he is or vice versa. It’s not about keeping things “even” or “fair.” If you view open marriage in that way, it might not be the best option for you. Similarly, it’s not a good idea to demand an open marriage while requiring that your husband doesn’t see others. It’s a two-way street.

8. WHAT ARE SOME COMMON RULES FOR OPEN MARRIAGES?

We’re glad you asked. Every open marriage has its own rules, but these are some common rules that can get you thinking about what you will and won’t allow within your open open marriage.

These rules are just suggestions. For instance, you might not have a problem with your husband bringing a lover into your bed, or you may not want sex happening in the home you share at all. Perhaps you don’t require heads up before your partners sees someone else as long as it doesn’t interrupt your plans, and you may want to meet those people if they become long-term relationships. Determine what works for you and your partners best.

If you set boundaries and check in with your partner regularly, you should have no problem opening up your marriage and reaping the benefits. But even if you’re excited for the idea, it might not be for you. Open marriages aren’t for everyone, however, and you shouldn’t feel forced into an open relationship by your partner if that’s not what you want, either.