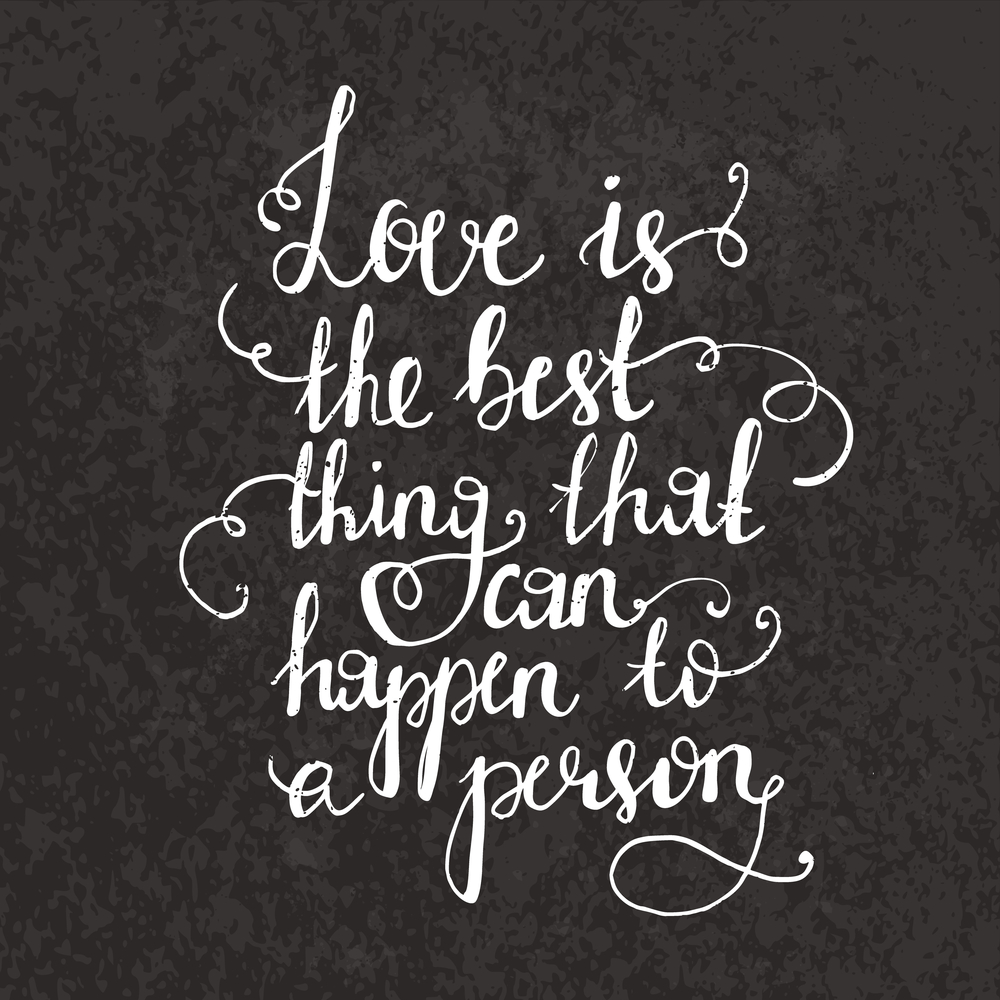 1. “If you love someone, set them free. If they come back they’re yours; if they don’t they never were. —Richard Bach

This relationship quote reminds you that true love is not about controlling someone or forcing them to stay with you. Controlling people is rooted in fear. You need to allow the relationship to happen, not force it to. If your relationship is good, you’ll both want to be in it.

Encourage your man to follow his dreams to be the best person he can be. If the relationship is meant to be, he’ll come back to you to share his life with you. Holding him back because of fear only leads to unhappiness in the relationship or possibly to him eventually rebelling and breaking away.

2. “We’ve got this gift of love, but love is like a precious plant. You can’t just accept it and leave it in the cupboard or just think it’s going to get on by itself. You’ve got to keep watering it. You’ve got to really look after it and nurture it.” — John Lennon

If you don’t give your relationship the time and effort it deserves, it won’t be as strong as it can be, and it can even fail. The goal of nurturing the relationship is to become closer to your lover.

Show him affection by holding his hand and touching him as he passes by you in the house. Keeping in touch with each other during the day when you’re apart by texting or talking on the phone is another way to nurture the relationship. Remembering special days and having regular date nights are also important ways to nurture your relationship.

3. “But let there be spaces in your togetherness and let the winds of the heavens dance between you. Love one another but make not a bond of love: let it rather be a moving sea between the shores of your souls.” —Kahlil Gibran

When you first enter into a relationship, it’s common to spend every waking minute with each other, which is what this relationship quote is about. But after a while, you both should be able to do things without the other sometimes. Otherwise, you could harm your relationship.

That need usually comes from the pressure of trying to be all things to someone. That is a recipe for disaster. Make it a point for both of you to be able to have some time just for yourselves, whether it’s a one night a week girl’s or guy’s night out or just having your own space in the home as your retreat.

This relationship quote means that love means different things to different people. You shouldn’t measure whether he really loves you because he doesn’t act toward you as your friend’s boyfriend acts toward her. The expression of love is an individual thing. Generally, though, if you take the time to get to know each other and you each understand the other person and then take measures to make that other person feel happy and secure, you know that you’re acting from love.

5. “The relationship between husband and wife should be one of closest friends.” —B.R. Ambedkar

Usually, the first year or two of marriage is filled with passion. You can’t get enough of each other. But that eventually wanes, which isn’t necessarily a bad thing. But when it does, you need to have an underlying friendship to sustain your relationship, which is the point of this relationship quote. Here are some ways:

6. “Intense love does not measure, it just gives.” —Mother Teresa

When you’re in a loving relationship, you shouldn’t keep score: I did this for you, now you need to do this for me. Instead you just want to give willingly. You want to make life as good as possible for the one you love. And he should want that for you as well. This relationship quote stresses the idea that relationships shouldn’t be 50/50; they should be 100/100, meaning that you both do all you can to make the relationship work.

7. “It is not our purpose to become each other; it is to recognize each other, to learn to see the other and honor him for what he is.” —Hermann Hesse

This relationship quote recognizes that when you begin a new relationship, it’s common to want to be one person. Sometimes couples even blend together so much they become known as a single entity instead of two separate people.

The reason this is not ideal is that you both must sacrifice some of who you are to be one person, and you can lose yourselves that way. The ideal relationship allows you to merge together while still maintaining your individuality. In healthy relationships, neither of you will try to change the other person, either. You will accept each other just the way you both are.

8. “Once a woman has forgiven her man, she must not reheat his sins for breakfast.” —Marlene Dietrich

Do you find yourself constantly bringing up the past mistakes your man has made, even after you’ve decided to stay with him and move on? If so, this is a mistake, and this relationship quote makes the point in a memorable way.

If your man has done something so terrible that you can’t forgive him, you need to break off the relationship, but if you decide that you will forgive him and stay with him, you need to stop bringing up whatever it was he did. It might take you some time to get over it and to build your relationship once again, and that is to be expected, but harboring anger and hurt and making him pay forever for what he did are no ways to live and to have a healthy relationship.

9. “No partner in a love relationship … should feel that he has to give up an essential part of himself to make it viable.” —May Sarton

If you feel as if you’re working too hard to be the person he wants you to be, or if you have taken on “a project” by being with him, meaning that you need to change him before he’s relationship worthy, the relationship is not right. The takeaway of this relationship quote is that a healthy relationship that’s right for both of you celebrates who you both are right now, not who you should be or who you might be someday. When you are in a relationship that is right, you two still have plenty of room to grow, but it’s something you both do naturally and together.

Want even more relationship advice? Check out these posts.