Often times, people who are trying to justify strange behavior in relationships will pin the blame of one or both’s partners fear of commitment. While many people joke that a man will always have a fear of commitment, many women also share this fear. This may come as a shock, especially if you’ve tried to justify any of the following behaviors to protect yourself from your fear of commitment. 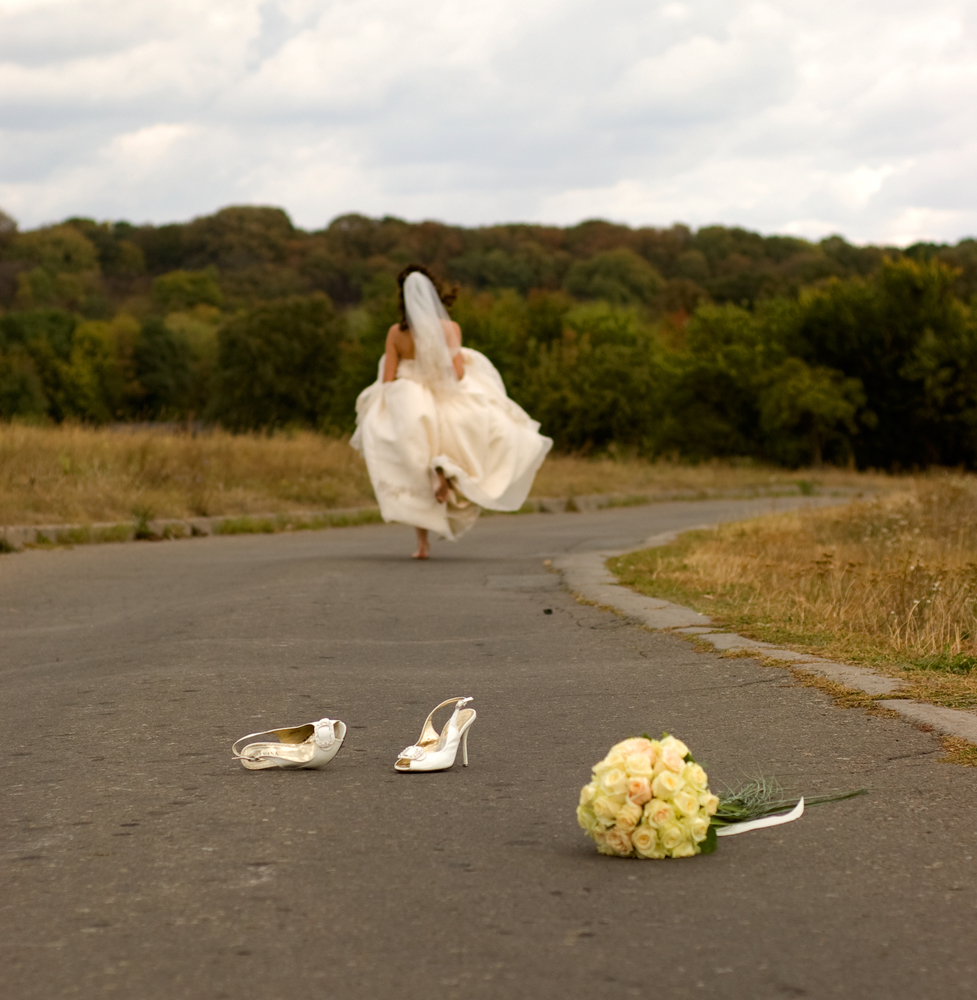 1. EVERY RELATIONSHIP IS SHORT

If you struggle with fear of commitment, you might find yourself only entering into short-term relationships and leaving them quickly, even if they have the potential to become more.

2. …BECAUSE YOU PICK THE WRONG GUYS

It’s also common that people with a fear of commitment look for potential partners who aren’t suitable in the long run because it gives them the opportunity to back out before they become too attached or get hurt. If you know he won’t settle down or he’s looking for nothing serious, you can get away with having a commitment phobia and you won’t have to do the hard work to get over it. A guy who is emotionally unavailable, married, long distance or immature might also be the one you gravitate toward.

We all pick the wrong man every once in a while, but it might be a bigger issue if you always do it.

3. YOU’RE CONSTANTLY LOOKING FOR AN OUT

When you do wind up with a guy who could be good for you, you’ll likely wind up sabotaging it because of your fear of committing to a relationship. This fear might also manifest itself if you are looking for signs of cheating even when they’re not there. Or you may allow something that is small become a deal-breaker so you don’t actually have to deal with your own fear.

Any minor flaw will become reason enough for you to leave the relationship, just like Jerry Seinfeld in the sitcom where he played himself or even Chandler in FRIENDS. Both of these men had serious fears of being in committed relationships. Fortunately for Chandler, he was able to get over his fear and marry Monica, the love of his life. And you can, too!

It’s not surprising that many people experience a fear of commitment because they’re actually worried that once they do commit, their partner will break their heart. You might have these thoughts if you’ve experienced heartbreak in the past or even if you’ve seen a relationship close to you, such as your parents’ relationship, implode.

So you might be waiting for the other shoe to drop. Your worry may infiltrate your thoughts, words and actions so much that it actually drives your partner away. Or you may do something such as cheat – there are many reasons people do this – so your partner will leave, even if you love him, because you’re sure the relationship is going to end.

Unfortunately, some relationships do end, even marriage! However, you can get over a breakup. And sometimes the things we think we want aren’t actually the things we need. While you may put your heart out there only to be broken, you’ll never fall in love or reap any of the benefits if you don’t take that risk!

Although this factor closely ties into the one above, we wanted to discuss it separately. If you feel insecure for any reason, you might also have a fear of commitment. While these feelings aren’t mutually exclusive, they do play off one another. This is because you’re afraid you’re not good enough and that your man might eventually discover it, even if he doesn’t see it in the beginning.

It’s true that we cannot hide our flaws forever. But it’s also a fact that everyone sees his or her own flaws at a magnification that most other people don’t. Being romantically and physically intimate does provide your partner with a better opportunity to see those flaws, but if he’s right for you, it won’t matter. Either he won’t care or he’ll help you work through them and become a better person, anyway!

But it’s hard to deal with someone who’s insecure. Insecure men are hard to be in a relationship with, and the same is true for women whose insecurities rule their lives. Whether you push him away or you become clingy – read more about clinginess – and cause him to feel suffocated, the result is the same: your relationship will become unhappy and most likely end. Then, you’re back to square one.

Rather than manifesting as insecurity, your fear of relationships might feel more like you’re trapped. Being in a relationship does mean you sacrifice some freedoms, especially if the two of you have a family together. However, it also offers benefits such as a built-in friend, great sex, intimacy and a support network.

But that’s not what you’ll focus on if you have a fear of relationships. Instead, you’ll worry that you’ve settled. Or that you can’t move. Or change jobs. Or will never have sex with another guy again – which might not even be true if you can have an open relationship or threesomes! It’s also common for people to worry about losing their sense of self once they become a couple. While this fear it common, it’s not inevitable that this will happen!

You might have anxiety over whether you’ll like each other in five or ten years or after kids. Will one or both of you gain weight? Perhaps you’re convinced that your man isn’t perfect enough for you and someone else will show up as soon as you enter into a relationship. But you don’t know if any of these things are true, and expending so much energy on those thoughts will only make you unhappy.

Or you might be of the mind that you don’t want a relationship at all. There’s no reason why you can’t get over your fear of commitment if you want to, and your future could include a happy and healthy relationship. But by allowing fear to rule you, you’ll miss out. And it could be quite lonely.

This doesn’t mean you have to be in a relationship if you don’t want to be. Just be sure that whatever you’re doing is actually making you happy and helping you grow as a person..

It’s easy to tell who has a commitment phobia when they only date casually or stick to NSA sex. More on that here. While we’re fans of casual sex at the Bad Girls Bible, we think some reasons for entering into those type of situations are healthier than others. Fear of commitment is definitely one of the less healthy options.

9. SOMEONE POINTS IT OUT

Sometimes we can’t see something about ourselves or the world around us until someone blatantly points it out. If your friends, family or even your partner says you have a fear of commitment, they might be right. Of course, they could also be wrong, and you need to figure out if there are right or wrong yourself. This might even be why you’re reading this article to begin with!

Isn’t it ironic that people who have a fear of relationships will expend so much energy on relationships that will never fully come to fruition? You’re already putting in the work. If he can be the one, why jeopardize that? After all, you’ll have to work hard if you just wind up in another short-term relationship. You might as well put their effort toward the one you’re in. Even more ironically, your fear of getting hurt may cause you to hurt others.

We’re not saying that fear of commitment is easy to overcome. It may take years of hard work. We suggest starting with this guide to talking about sex. Apply some of those rules to relationships and have a frank discussion with your partner. It’s also a good idea to do some soul searching before you get into any relationship so you’re not hurting the other person.

If you’re already in a relationship, the two of you might benefit from seeking counseling. A professional can help you even if you go alone. They’ll make it easier to pinpoint why you have a fear of commitment because the answer to that question isn’t always helpful. And they should be able to provide information and exercises to help you work through it. Cognitive behavioral therapy, also known as CBT, can be helpful when you’re dealing with anxiety related to fear of commitment. Source.

Before any lasting change can happen, however, you have to want to change. You can’t shed your a lifelong fear of commitment just because someone says you should, even if that person is your partner. You have to want to live without fear and to put in the work it requires to do so.

Whatever you do, you have the best chance of happiness by tackling your fear of commitment head on. We wish you the best of luck!