9 Steps to Forgive a Cheater and Save Your Relationship

Being cheated on is one of the worst feelings that you can possibly experience. After you find out, whether he told you or you caught him cheating, you have a choice … end the relationship, or try to forgive him. This is a complicated decision to make. We are going to give you some advice about cheating that we hope will help you learn how to forgive a cheater and get your relationship back. 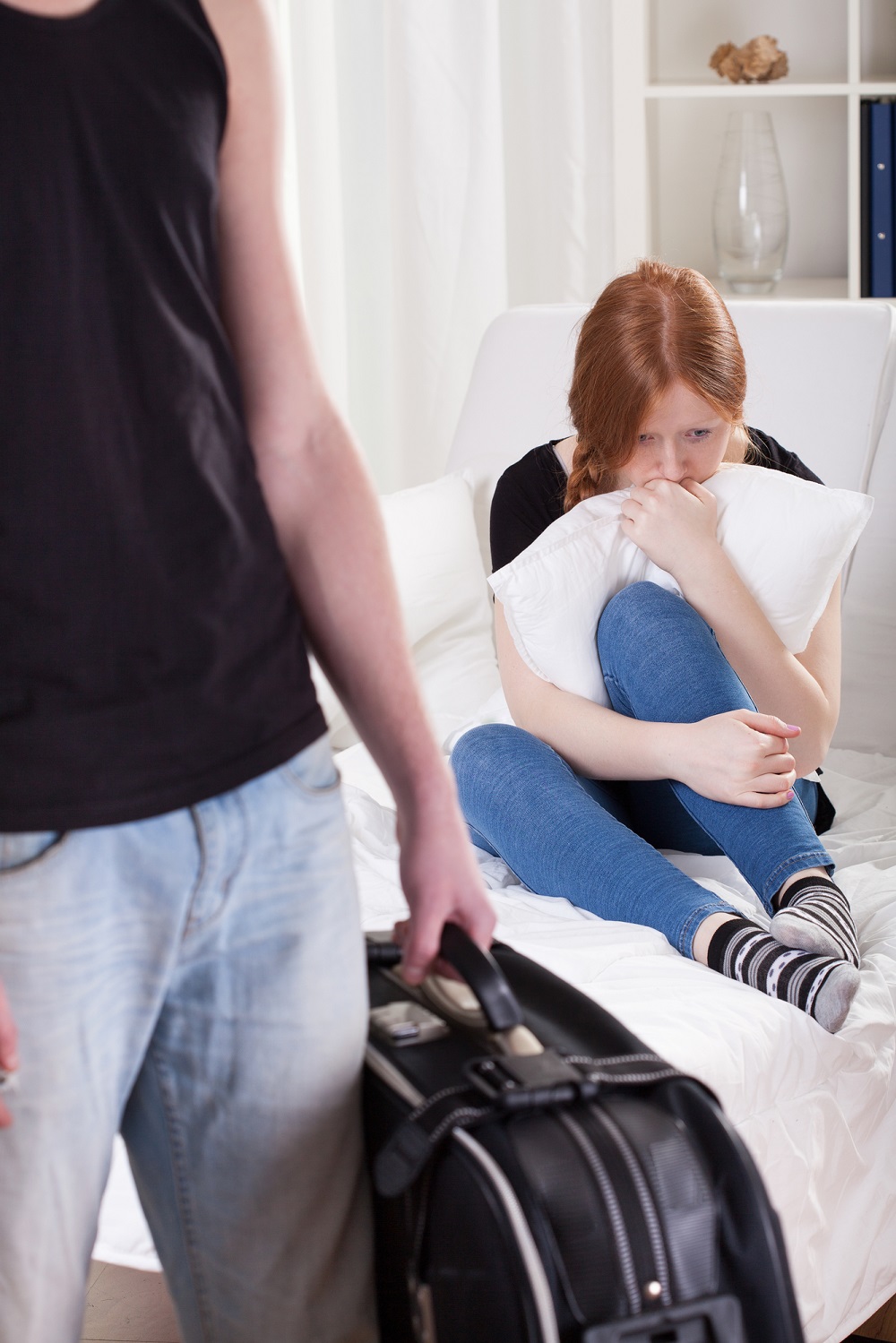 Here are 9 strategies you can use to forgive him:

We don’t recommend that you deny he’s having an affair, but we’re mentioning it because many people stay in denial when they think their man is cheating. Maybe you suspect that your man is having an affair, or even worse, your best friend told you he is. If you’re in denial, you think your friend must be mistaken or that you’re imagining things. You convince yourself that he’s not having an affair when, deep down, you know he is because the signs are there.

One reason women do this is that they’re protecting the children, and that could be a good strategy, but staying in denial is not the way to go about it. You can confront the problem and still leave the children out of it.

Another reason people are in denial about cheating that they’re afraid of being alone. Sometimes they’re insecure and think that they won’t be able to get another partner, and they don’t have the confidence to live without one. If that sounds like you, work on ways to develop your self-esteem. You owe it to yourself to be a fulfilled person, not a person clinging to what she knows is a bad situation.

When you ignore his indiscretions, you at least aren’t fooling yourself, as you are when you’re in denial. But you’re still acting out of fear. Maybe you fear not leading the same lifestyle without him. And that is a real fear, especially if he’s the main breadwinner. But that’s still no reason to stay in a bad relationship. You owe it to yourself to be happy.

3. Get Your Head in the Right Place

Once you get your head in the right place, you’ll be rational before talking with him instead of emotional. That way, you retain more control when forgiving a cheater. What you don’t want to do is yell and scream at him, throw things at him, or the opposite: clinging to him without letting him leave your side.

You need to hang onto your dignity, and you need to show him that he needs to take you seriously. You might want to leave the house for a few days as you sort all this out, or ask him to leave if you don’t want to be the one to go. Just remember that you’re not a victim. If you wish to work through this, you’ll be a survivor, which is a much stronger position.

4. Talk with Him to Find Out Why He Cheated

When you’re ready to talk with him, you’ll need to ask some questions. Before forgiving a cheater, you’ll naturally want to know why he did it. There are many possible reasons for a affair. So ask him. Be prepared to feel hurt. It’s going to be painful to hear him talking about the affair or affairs. But you need to know.

Usually, it’s easier to forgive your man if he had a drunken one-night-stand while he was out bar hopping or was away on a business trip than if he had a long-term affair or regular indiscretions. The key with this discussion is to determine whether he takes responsibility for what he did. He needs to apologize to you and mean it, and he needs to ask or even beg you to forgive him.

5. Decide Whether You Can Work Past the Deception

If you knew that your relationship had problems and that the two of you haven’t been particularly close for a while, it’s probably easier to come to terms with the affair. But if you thought the relationship was going along wonderfully, and this affair totally blindsided you, it will probably be tougher to work through what happened. It will be more difficult to trust your man again if you had no idea what was going on. Besides, if he fooled you that badly this time, you might wonder whether it will happen again, making forgiving him that much more difficult.

6. Work on Improving Your Rlationship

You should work on improving the relationship only if you’re sure that your man remains committed to improving it, too. He must prove to you that he will do whatever it takes to gain your trust again and to win you back. You must understand before forgiving him that your old relationship is never coming back. You will both need to form a new, and hopefully, better relationship.

It will take time to build trust. He needs to earn your trust again so you can get over trust issues. But once he does, you have the chance of making your relationship stronger than ever. Although it wasn’t your fault that he cheated, you can use this time to evaluate whether things were or weren’t good between the two of you. Maybe you were taking him for granted. As you both work on improving the relationship, look to yourself to see what you can do as well.

Negative behavior includes passive aggressiveness, nagging, the silent treatment, and outright aggression. If you decide to work on the relationship, you owe it to yourself and to your man to give the relationship a fair chance. It’s normal to feel anger, especially at first. So you will have some bad episodes and probably some tears and some fights as well.

But if you have so much anger still inside you that you just can’t get past it, it might be better to end the relationship instead of trying to forgive him and not being able to. It’s not fair to either of you for you to choose to stay yet make him pay a life sentence for his transgression.

8. Make a Rule to Have Constant Open Communication

Not that this excuses people having affairs, but affairs often happen when communication stops. People have a strong need to feel a connection with another person. Make sure you and your man maintain a deep and strong connection by having constant open communication sessions at least once a week, but you can certainly have these every day.

You might have been neglecting to discuss important issues, which you can talk about now, issues such as sex, money, and emotional distance. You also might want to set up some rules, such as he checks in with you when he’s away or that he calls or texts you during the day or evening. And there needs to be an absolute rule that he doesn’t see the person he was having the affair with again.

9. Understand that the Process Takes Time

You’re not going to feel happy and yourself right away. It takes time when you’re learning how to forgive a cheater. Give it six months to a year to feel as if you really trust him again. If you still don’t, you might want to reevaluate the relationship at that time.

Also realize that time alone doesn’t heal. It’s what you do with your time that aids the healing process. If you really want to save your relationship, but you’re having trouble, you might wish to seek the help of a marriage counselor or a therapist. But if you or your man isn’t committed to saving the relationship, even a professional won’t help.

There is no doubt that your man caused you pain by cheating. And by forgiving him, you’re not saying that what he did was okay. But if you learn how to forgive a cheater, it can be totally worth it. If you had a solid foundation at one time and are truly friends with your man, it will be easier to fix the relationship and to understand why the affair happened. It will be hard work to make your relationship strong again, but you both might just come out stronger and happier after all the work you’ve put in.