9 STEPS TO GET OUT OF THE FRIEND ZONE FAST

Are you in the friend zone with someone? If you’re unfamiliar with the term, it refers to a common situation among friends: One of you wants to transition from being just friends to being more than friends by becoming romantically involved. If you’re the one who wants to be more than friends, getting out of the friend zone means you’re unsatisfied with the relationship as it currently stands and want something more. The person you’re in the friend zone with, however, might be perfectly happy just being friends, or he might not even realize you want to take the relationship to a whole new level, possibly because you’ve never made a move in that direction before. 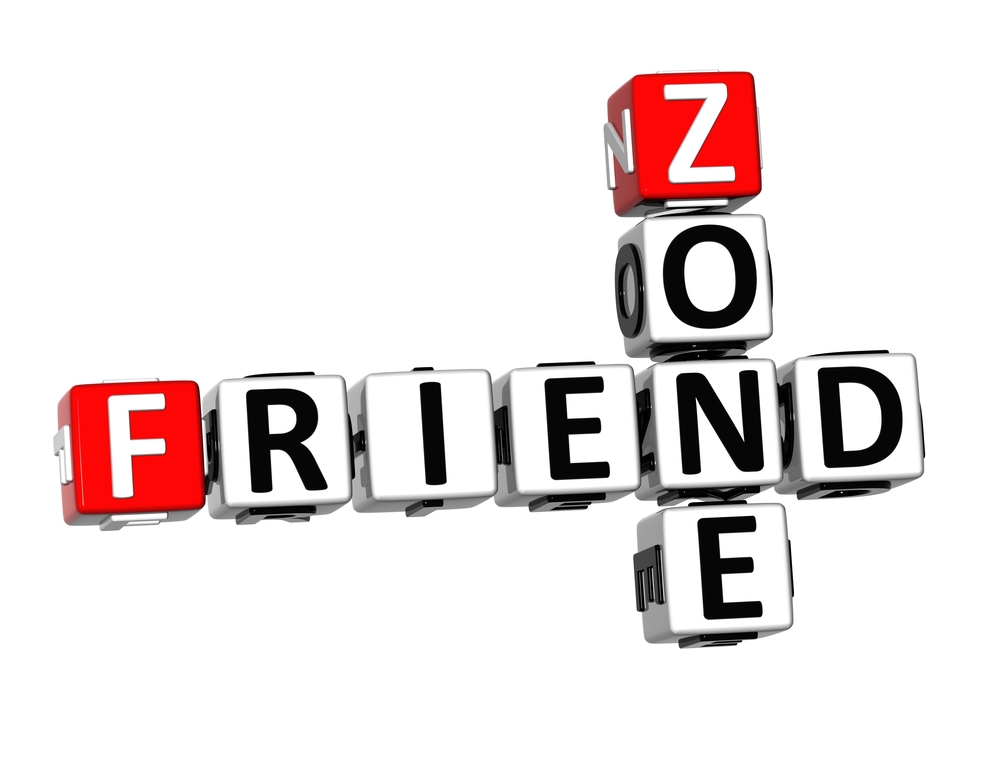 Most people find themselves in the friend zone because they were never really in an honest relationship in the first place. As soon as the relationship started developing as a friendship one, the person who wanted more was willing to settle for just a friendship in the hopes that it would lead to more. The problem is that the other person might really want to just be friends. In this situation, one person is getting what they want out of the relationship, but the other person isn’t.

No matter how it happened, if you wish to learn how to get out of the friend zone, read on for some ideas.

1. MAKE SURE YOU LOOK YOUR BEST

When you’re interested in a guy as more than a friend and want to learn how to get out of the friend zone, it’s important that you look as if you could be his girlfriend instead of his friend. If you present yourself in a way that isn’t attractive to him, he might always think of you as a friend. But if you make an effort to look cute, he might see you in the light you want to be seen in. So take the time to wear clothes that flatter, not hide, your body when you see him. It also doesn’t hurt to put on a little makeup when getting out of the friend zone. Your goal is to get him to be attracted to you and to have some chemistry with you.

2. DON’T BE READILY AVAILABLE ALL THE TIME

If you do all that, you’re meeting all his relationship needs, so why would he need to go to another level with you? You are even coming off as being desperate by taking what he gives you and not by getting what you want.

Start playing hard to get when getting out of the friend zone. Don’t invest yourself in a friendship relationship the same way you’d invest in a committed, romantic relationship. If he’s willing to only be friends, give him as much time as you’d give any casual friend, but not as much time as you’d give your best friend. If he really wants to be with you, he’ll step up his game. But you have to stand strong, even by being willing to walk away.

3. SPEND TIME WITH HIM WITHOUT PRESSURE OR ROMANTIC INTENT

Spend some good, quality friendship time with him, but not too much, when you’re learning how to get out of the friend zone. You want to leave him wanting more. You want him to start to miss you and wish that you were around more. If you have a good time when you’re with him but aren’t with him very much, he’ll value the time when he is with you even more than if you are always around. And then he might start pursuing you.

4. GET HIM TO DO THINGS FOR YOU

When guys do favors for you, they start liking you more than if you’re the one who’s always doing the favors. Guys like to feel useful and needed. So go ahead and ask this guy for help with something when you’re getting out of the friend zone. Maybe he can take you somewhere, help you with a problem, or fix something of yours that’s broken. It doesn’t matter what you ask him to do. The important thing is to have him do something for you.

When he does do something for you, reward him by being grateful and nice to him. Give him a meaningful compliment. You can even start being affectionate at this time. This has the added benefit of not only turning the tide from getting out of the friend zone to something more, it will make him more willing to do more things for you.

Since you’re already friends, the flirting you do isn’t necessarily the same as the flirting you might do with a stranger. You can touch him, for instance. You might even lean in for a kiss. Keep in mind, however, that unless you want to go down the friends-with-benefits road (read more about this), you don’t want to get into a sexual relationship unless you know that he feels something for you and also wants to get out of the friend zone to have a relationship with you.

6. HANG OUT WITH OTHER FRIENDS

Show your guy you’re in the friend zone with that you have other friends, which you hang around with. This is even better if you have other guy friends. It will start some competition, even jealousy, on his part. This can work to your advantage. He might try hard to be with you more often, and he might even feel an urgency to do so if he feels as if he’ll lose you completely to your other friends.

7. TELL HIM YOUR FEELINGS

After you’ve tried some of the steps outlined above for getting out of the friend zone, go ahead and tell him your feelings if you think he’s warming up to you. You can have a conversation, telling him how you feel about him, or you can bring up the topic of maybe going out on a date. Consider one of these ideas to let him know how you feel.

8. TRY ALCOHOL TO LOOSEN UP

It’s better if you can just be yourself when getting out of the friend zone, and say what you want to the guy you like without using alcohol for help. But, if you can drink in moderation, having a drink or two can help you get the courage to finally say what you’ve been wanting to. Alcohol makes it easier to take risks and to speak your mind. It breaks down your inhibitions and might allow you to be a bit more flirty and touchy with a guy you like.

Be careful not to drink too much, however. If you do, you’ll cross the line from being fun to being obnoxious and sloppy, which can be a real turn-off to guys (unless they get sloppy drunk as well).

9. KNOW WHEN TO CALL IT QUITS

Just because you’ve developed feelings and getting out of the friend zone is your goal, doesn’t mean he’s developed those same feelings. He might love you as a friend, but he might not have a physical attraction to you. If that’s the case, there may be nothing you can do to get out of the friend zone. Be ready to accept just being friends, even if this means you need to take a break from the friendship for a while.

You might already be having sex because, in your case, this friendship is one with benefits. But it’s still considered just a friendship if you also want a romance, where you are both committed to each other, and he doesn’t. He’s getting all his needs met with this setup, but you aren’t.

At this point, you need to decide what to do. It’s difficult to continue a relationship if you have a goal of it turning to something more than it will ever be. It might be easier to break off the friendship at this point until you have no more romantic feelings for him.

It’s usually easier to get in a romantic relationship from the start instead of getting in the friend zone and hoping it will someday lead to something more. Although it’s possible to have a romantic relationship with someone who started as your friend, it’s usually better to let this guy know right away that you’re interested in him and possibly suggest that the two of you go out on a date. If he doesn’t feel the same way, it might be better to move on before settling for a friendship that might not turn into something more.