9 Surefire Signs He Loves You!

One of the difficult parts of dating is figuring out how someone feels about you. Are you just a distraction? Is there long-term potential? Are you just wasting your time on a guy who doesn’t know what he wants? Could he be the one? Is there more than sexual chemistry and attraction? Every woman has thought about these questions a time or two. 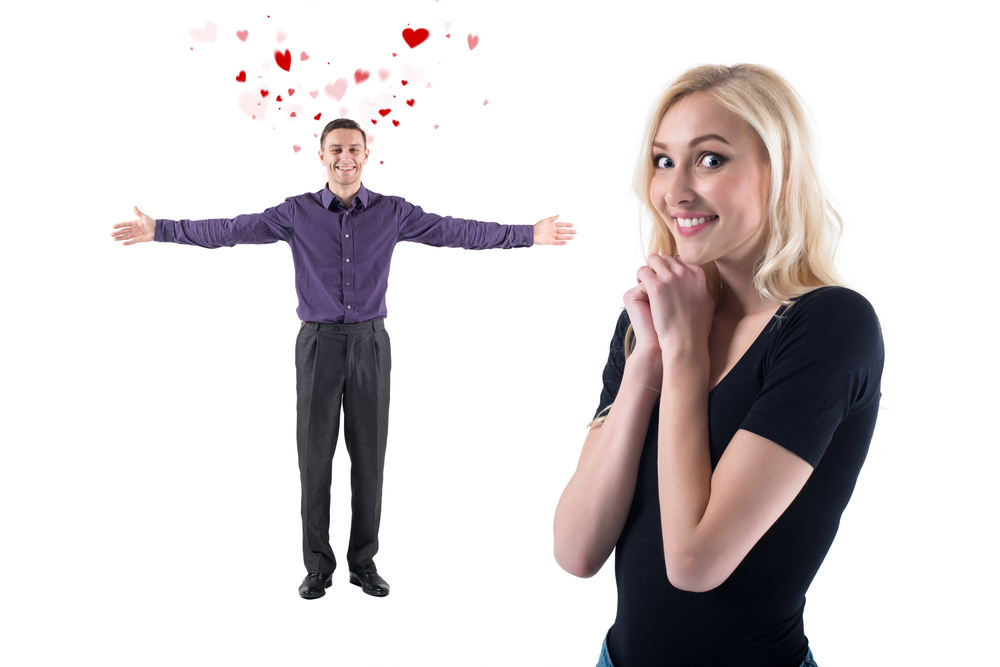 One thing women like to do is look for signs. You might be examining the things he says and does for a sign he loves you. This is pretty common, and it can be helpful if he hasn’t professed his love yet. Just be careful not to be so caught up in the search that you forget to enjoy time with him in the moment!

If you’re looking for a sign he loves you, here are 9 ways to know for sure he’s in love (or is on his way!).

1. He thinks about you all the time.

This is one of the signs he loves you that’s easy to see. If he sends you quick messages through the day about things he thinks you’ll like or mentions something that reminded him of you while you were apart, you’re frequently on his mind. When he shows up with your favorite candy/movie/what-have-you without any prompting or because he knows you’ve had a hard day because of work, your period or something else, this is a sure sign he loves you!

When you’re in a new relationship and falling in love with someone, you’ll have a hard time keeping your mouth shut about it. If your man is in love with you, he’ll probably tell other people. Who and how many people varies. He may keep to himself, so the number of people he tells will be small. But there’s someone he’s opening up to no matter what. How do you know when he’s speaking well of you? You’ll hear about it when you meet his coworkers or best friend.

3. He introduces you you to friends and family.

It’s obviously more than just casual – though there’s nothing wrong with that – if he invites you to meet the people in his life. He’s saying you’re important to him and wants you to know where he comes from and the people he chooses to spend time with. Even if he hadn’t said “I love you” yet, he’s probably thinking about it once he brings you home to Mom and Dad.

4. He goes out of his way to spend time with you.

Including you in those family functions means the two of you have more time to spend together, and if he loves you, he’s looking for as many ways to maximize that time as possible. Even if it means missing out on sleep, flying across the country for just a weekend (which may be necessary when you’re in a long distance relationship) or skipping time with the guys on a Friday night, he’s down. This is a pretty good sign he loves you.

5. …And that time includes things other than sex.

Don’t get us wrong. Sex is crucial to a good relationship – and to prevent cheating! While sex might be a necessary component, it’s not the only one. You’ve got to care about one another and do things outside of the bedroom to keep connected emotionally and not just physically. If he’s interested in more than just casual sex, then he’ll make time to do things like the ones on this list.

It’s not all fun and games, either. The time you spend together can be the difference between a successful relationship and one that ends in tears. Sex and physical contact help you bond in one way, while making sure you really communicate on a daily basis ensures emotional intimacy remains strong. More on that here.

It might be a home-cooked meal, a piece of furniture or a geeky trinket that allows you to show off just how much you love Dr. Who. If he’s taking time to make something for you, this is definitely a strong sign he loves you! He might decide to get busy with his hands because he’s not so great with words.

And while a more elaborate gift doesn’t necessarily mean he loves you more than a simple, thoughtful gesture, the amount of effort does clue you in on his feelings. For example, if he makes you something out of wood despite his carpentry skills, you know he wants to impress you.. so you should be grateful for those gifts!

We’ve all been in that one type of relationship where it’s all about “me.” As soon as our partner stops giving us what we need, we find our interest waning. It’s hard to be on the other end of that when you’re more invested than he is, but you’ll know your man is seriously committed and has loving feelings when he listens to you.

This means he pays attention when you’re complaining about a hard day at work, he keeps onions out of that home-cooked meal because that one time you mentioned hating them and he remembers not to do something particularly off-putting you’ve mentioned in the past. Perhaps that’s how he knows what gifts to pick out or make for a special day.

Being a good listener isn’t just one of the signs he loves you. It’s something you should look for in a potential partner if you want to increase the chances of success. Read more about that here.

What does this mean? It’s simple. His train of thought has moved from”I” to “we.” He includes you in his future plans. In fact, it’s pretty hard for him to imagine a future without you if he loves you! Perhaps he’s talked about moving in together. Read this before you do.

You can count on him to check with you before doing things that would negatively affect the two of you as a couple, such as making plans on your regular date nights, making large purchases or moving away for work. That sure seems like a sign he loves you to us!

Some men – and women – aren’t very good with romantic gestures. Perhaps your man is a practical one who would rather get straight to the point. Gifts might not be his way, so he just tells you how he feels. Sometimes, those three little words even slip out when we least expect it. You shouldn’t prime him to say he loves you or dig for that profession of love, but don’t be surprised if he can’t help but love how amazing you are!

Remember that you can show your love without using those very words. Don’t get hung up on whether your man has said “I love you” if you shows these signs he loves you. He may have been hurt in the past, may be waiting for the right time to tell you or may not understand how he feels yet. There’s nothing wrong if you haven’t gotten around to saying that you love each other yet. After all, few things feel worse than being told you’re loved and not seeing the actions to back it up.

If you think he loves you, it might be time to tell him that you feel the same – as long as you do. Check out this post with advice whether you should say those three little words.

It’s all too easy to get caught up in searching for a sign he loves you. You don’t want to rush your relationship, which could end up being the killing blow. Nor do you want to force yourself to see signs of love when they just don’t exist. But if you keep seeing signs he loves you, it just might be true!