One of the most common fetishes for a body part is that of the foot fetish – 47% of people who have a fetish for a particular body part even prefer feet [1]! Both Elvis Presley and Andy Warhol were said to have a foot fetish, so you’re in good company if a pair of feet does it for you. 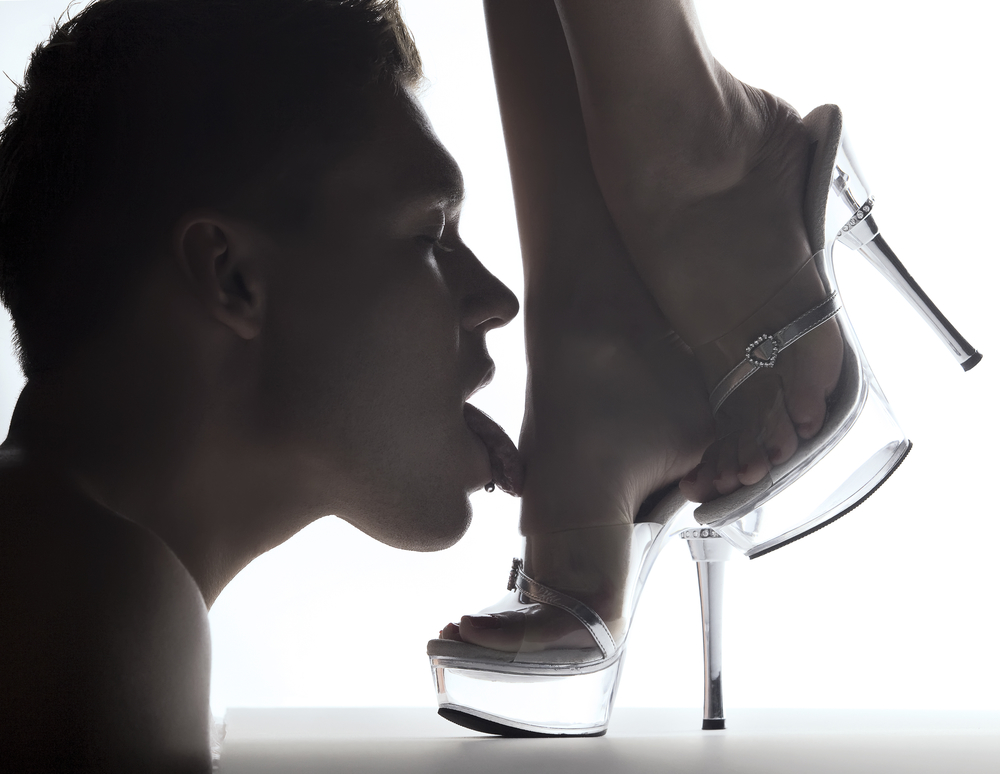 SO, WHAT IS A FOOT FETISH?

It’s simply a sexual preoccupation with feet that’s specifically known as a paraphilia [2, 3]. Someone with this type of fetish might like touching or kissing another person’s feet, or they might prefer to be on the receiving end. Viewing images of sexy feet and footwear might also be up your alley if you have a foot fetish.

Some want them small and feminine with a perfect arch. There are foot fetishists who even prefer larger feet or manly feet. For some people, a foot that’s especially dirty and stinky does the trick.  You’d be surprised by how many variations there are when it comes to this — or any — fetish. There’s definitely a pair of feet for everyone with a fetish.

HOW COMMON IS FOOT FETISHISM?

You shouldn’t feel weird about having a foot fetish or if your partner admits to having one. It may seem a little weird to you (this list has more weird fetishes), but it’s perfectly safe and legal, and you might find that sex involving a foot fetish is pretty hot! Plus, it’s fairly common as far as foot fetishes go.

WHAT CAUSES A FOOT FETISH?

The next logical question to ask is what causes a foot fetish if it’s so common. The jury is still out on the definitive cause of foot fetishism if there is even just one! Researchers such as Vilayanur S. Ramachandran suggest that the feet and genitals occupy adjacent portions of the brain, so it’s easy for signals to get crossed [6].

One theory suggests that the areas of the brain related to sexual arousal and feet. Another theory posits that foot fetishists underwent conditioning during the critical moments of puberty. Even a single event might be impactful enough to cause a lifelong sexual obsession with feet [7].

Whatever the reason, we’re sure plenty of foot fetishists are glad!

HOW TO SATISFY A FOOT FETISH

Perhaps give some foot lovin’ a try in exchange for him trying something you’ve been wanting to do in the bedroom.

We’ve got some sexy ways to experience a foot fetish, too.

If you ask people “What is a foot fetish?”, not everyone would consider a foot massage a feet fetish. After all, many people enjoy them for non-erotic reasons. Still, it’s worth mentioning because a sensual massage of the feet might be your introduction into the world of foot fetishism! A massage is relaxing – and it’s always nice to be pampered – but it can also be sexually arousing when the part of your body being massaged has sexual connotations in your mind.

For some people, this is their feet. Alternatively, you might find giving your partner a sensual foot, and ankle massage also gets your juices flowing. The feet have a lot of pressure points, which make them an ideal location for giving or receiving a massage. Some reflexology guides list as many as 20 different areas of stimulation on the foot and their corresponding body parts. Of particular note for those with a foot fetish is the bottom of the heel, which is said to stimulate the pelvic region.

Some people also enjoy adding tickling to their foot massage or fetish. Although this isn’t for people who are overly ticklish or who aren’t ticklish at all, it’s something to give a try. Consider adding it when you’re lightly bound – read about light bondage – and unable to stop your partner from tickling your feet!

Some women can even kneel with their ankle pressed into their vulvas for clitoral stimulation! This requires a fair bit of agility, of course. There are much easier ways to stimulate your own clitoris, including the tips in this guide.

You can end by having your partner ejaculate on your feet and toes if you’re both okay with that. Head to the shower to clean off (or have him lick you clean).

Another way to live out a foot fetish is through activities such as pedicure. Getting a professional pedicure leaves you with cute toenail polish and touchable feet, which might be a great precursor to other fetishistic activities! Start with a luxurious foot bath, which you can do with your partner or alone. If you need to nick a few stray hairs first, you might want to do that in private.

After a soak, which softened your skin, you can slough off any dead or dry skin. Pat your feet dry – or have your partner do it for you! – and slowly rub a moisturizing lotion into the skin. Clean any old polish from your toes and remove dead cuticles to prepare for a new shade. Apply at least two layers of your favorite color.

Remember that nail polish can take a long time to dry, even if it seems dried. A fan can help, but we also recommend a quick-dry top coat so that you can get to the dirty business even faster!

A pedicure provides you with direct foot contact for quite some time, but you don’t need to make foot contact if that’s not your specific foot fetish. In the popular show “Mistresses,” for instance, Josslyn meets a man named Scott. As they explore their relationships, she discovers his deep, dark secret  – the foot fetish. At first, Josslyn is worried that he enjoys wearing expensive women’s heels, but he she discovers that he enjoys it when his partners wear them, especially during sex.

The couple enjoys shopping for shoes together, and Scott buys Josslyn expensive shoes that she couldn’t otherwise afford to fulfill his foot fetish. Although the couple eventually parts ways, they enjoy exploring this part of their personalities and sexuality together. Chances are, wearing heels makes you feel sexy, as will parading in front of your partner while wearing them. Why not give it a try?

Footwear pairs particularly well with sexy lingerie. Read how to pick that out in this post. Don’t forget about foot jewelry such as ankle bracelets and toe rings, which can be quite sexy, too!

Flip it around, and you might find the suggestive nudge from the toe of your man’s boot quite thrilling. If you’re into service type submission (tips about that in this post) then cleansing and shining those boots might be something you incorporated into your play.

Of course, you can engage in a foot fetish without such extreme forms of play. There’s no right or wrong way to explore your fetish as long as it doesn’t permanently hurt anyone and everyone involved can give consent. If your partner expresses interest in a foot fetish, but you realize it’s not your thing, that’s okay, too. There are plenty of other things you can do to keep the spark in your sex life!