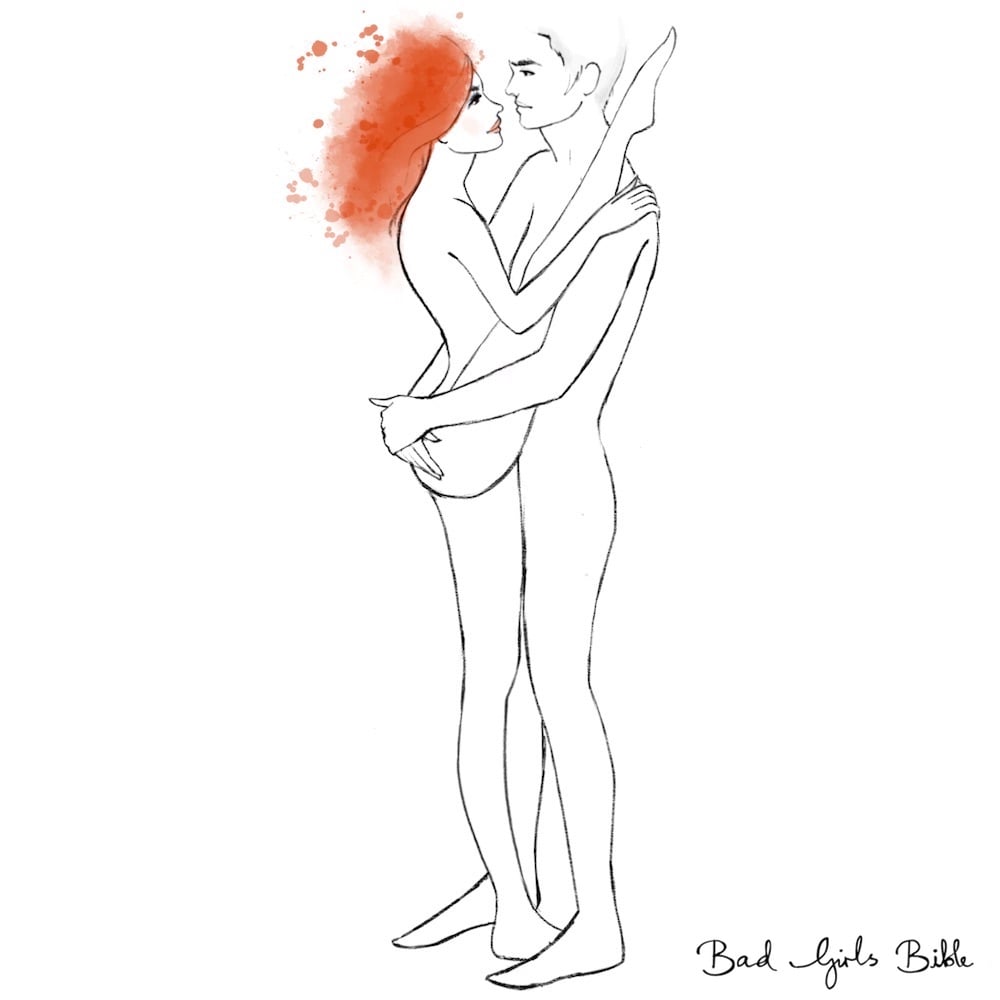 The Ballerina sex position is one of those exotic ones that 95% of girls will just never be able to perform. This is simply down to the issue of flexibility. However if you can perform it, then it can be both very intimate and pleasurable, and it’s always fun to spice up your sex life. It’s okay if it’s not for you, though. There are many more options in our sex positions guide.

WHAT THE GIRL DOES IN THE BALLERINA POSITION

When performing the Ballerina with your man, you’re first job is to get comfortable.

Remember If you are not flexible enough, then you will inevitably be in pain when doing it. So check out some of the many other great sex positions if you can’t perform the Ballerina.

You need to spend most of your time staying balanced on one leg which you need to keep straight while allowing your man to do the rest of the work. You also need to make sure that your man doesn’t squeeze you to hard when embracing you which will put a lot of extra pressure on your raised leg.

WHAT THE GUY DOES IN THE BALLERINA POSITION

Your man is going to going to be doing all the thrusting in the Ballerina. He needs to first set you up in position with one of your legs over his shoulder and make sure that you are not in any pain before he enters you. When he does enter you, he needs to start out by gently thrusting in and out.

Again, your comfort is the most important thing (especially the first time you try it), so your man needs to take things really slowly initially. If he is taller than you, then he will need to bend his knees a little and thrust up into you. He can also wrap his hands around your back and pull you in gently towards him with each thrust.

THINGS TO CONSIDER WHEN PERFORMING THE BALLERINA POSITION

Only a small number of students have reported being able to perform the Ballerina with their man. Some of their feedback has been very useful and insightful:

Our other standing positions are fun to try the next time you have sex.

Without a doubt, the Ballerina is probably one of the most exotic and ‘out there’ positions that you can do with your man. However, just because it’s more exotic and out there doesn’t necessarily mean that it’s better. So don’t break your leg (no pun intended) trying to perform the Ballerina with your guy.