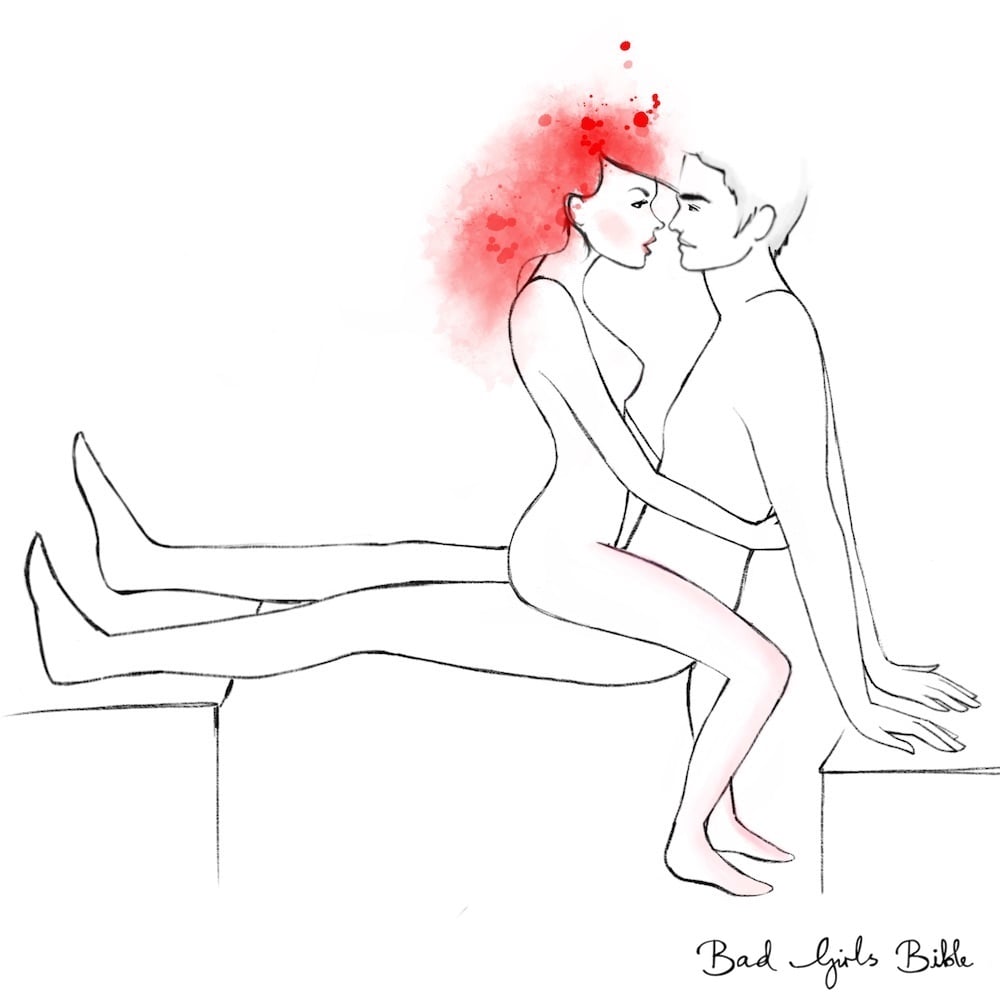 The Big Dipper sex position is more a test of endurance than a super satisfying position like Missionary or the Coital Alignment Technique (CAT). It’s a sex position that I consider more like sexercise than sex. A lot of people see it as more of a novelty position rather than a serious sexual position, so they prefer to try other ideas from our sex positions guide.

To perform the Big Dipper, you need to set up a sturdy chair facing a bed or sofa. Your man needs to position himself with the chair just behind him, so if he tried to sit down, he would just miss the chair and would fall on the floor. He then needs to place his hands on the chair behind him. Next, he needs to rest his feet on a sofa/bed in front on him. His entire body will now be elevated. He should now look like he is about to perform a trice bench dip (an exercise for the gym).

You then need to straddle him while facing him, without resting any of your weight on him. Your man will then use his arms to lower himself and then push himself up into you.

It’s crucial that your man bends his knees slightly the entire time he is performing the Big Dipper to prevent any injuries from occurring.

WHAT THE GIRL DOES IN THE BIG DIPPER POSITION

When you are having sex in the Big Dipper position, you may feel like just staying there and not doing a whole lot. That’s fine, but your man will be exhausted within about 40 seconds – not a good thing if you want to make sex last longer.

WHAT THE GUY DOES IN THE BIG DIPPER POSITION

Your man is going to be doing the tricep bench dip exercise while thrusting into you. This means that he is going to lower himself and raise himself using only his hands. This will rapidly tire your man’s arms to exhaustion.

A better strategy is for your man to keep his arms extended straight with only a slight bend in them while using his hips to thrust into you while you remain in position above him. He should be able to do this for a little bit longer (usually 2-3 minutes) than rising up and down using only his arms.

THINGS TO CONSIDER WHEN PERFORMING THE BIG DIPPER POSITION

Thankfully I have gotten a good deal of feedback from students who have performed the Big Dipper with their man. What they have said is quite interesting:

There are plenty more unique and exotic sex positions that you’ll find in our guide here.

I see the Big Dipper as a novelty position that’s fun to try if you are goofing around with your man. But other than that, I wouldn’t recommend it ever. I would suggest you try one of the many other sexual positions I teach.