CAN MEN AND WOMEN JUST BE FRIENDS? ONLY IF YOU FOLLOW THESE 7 RULES

According to popular movies and even your own parents or friends, it’s impossible for a platonic friendship to exist between a man and a woman. And if you think men and women can be friends, you’re delusional or even disrespecting your significant other. 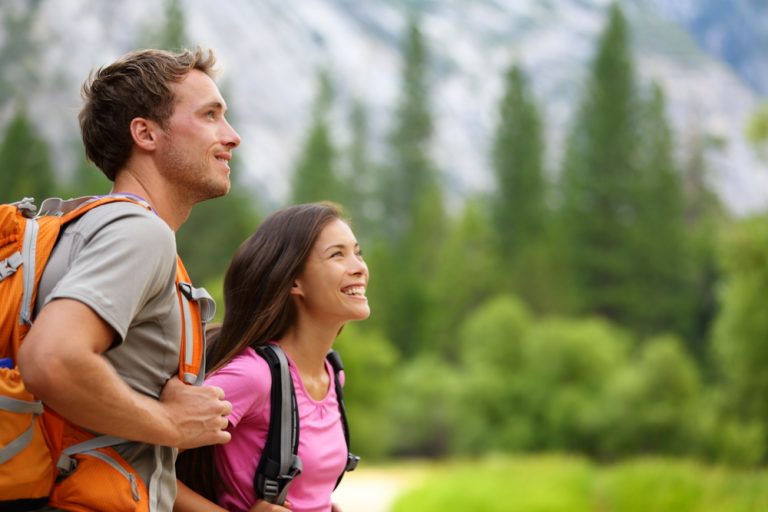 People will give you plenty of reasons why men and women can’t be friends. Most of them center around the idea that attraction is bound to happen – if it hasn’t already! Spending so much time together can blur lines. And there are some bonds that should only be shared between people in a couple, not friends.

So how do some men and women make their platonic friendships work?

CAN MEN AND WOMEN BE FRIENDS? WE THINK SO!

These friends may both be single or both be in a relationship with another person. One may be single and the other taken. They may view their friendship more as a sibling bond, or not. Friendships between a man and a woman are as varied as friendships between two men or two women, and that’s one of the perks of men and women being just friends. You can offer each other a different style of support, communication, and socialization. Many women like having male friends just to get inside a man’s head and the same is true for men with female friends.

You can offer each other a different style of support, communication, and socialization. Many women like having male friends just to get inside a man’s head and the same is true for men with female friends.

All of this hinges on trusting that this guy values your friendship more than the potential for something more, however.

WHEN DO OPPOSITE-SEX FRIENDSHIPS WORK?

These aren’t the only situations in which a friendship with a man can work, but there may be more.

1. YOU SEE EACH OTHER MORE AS BROTHER OR SISTER.

This is easy if you’ve known one another for a long time, and it helps if your friend just isn’t your physical type. You might even love each other, but yours is only a platonic friendship.

2. YOU DON’T WANT A RELATIONSHIP.

Perhaps you’re both in relationships or workaholics. Friendship can blossom when neither of you has anything left to maintain a relationship.

3. NEITHER OF YOU FEELS STUCK IN THE “FRIEND ZONE.”

The friend zone refers to when someone sees you as just a friend and you want more. Many people feel bitter or resentful, especially if their “friend” is dating other people or complaining about their significant other to them. However, the truth of the friend zone is this: if they’re really your friend, you’ll want the best for them no matter how you feel.

Related: 9 Steps to Get Out of the Friend Zone

Consider how your friend feels, too. You might only be sticking around in hopes that they’ll eventually want you back, which means you don’t really value their friendship. It’s a no-win situation and, according to at least one survey, is the most detrimental type of asymmetrical attraction in opposite-sex friendships [1].

4. YOU’RE ABLE TO TALK ABOUT YOUR FEELINGS.

Just like in a romantic relationship, you should set boundaries (learn more here). This prevents your relationship from crossing any lines and your heart from being broken. If you do find yourself with feelings for a friend, you might be afraid to talk about those emotions. However, talking about it might be the very thing that saves your friendship!

5. YOU UNDERSTAND THAT MEN AND WOMEN (SOMETIMES) DO FRIENDSHIPS DIFFERENTLY.

Whether it’s innate or because of how we socialize, men and women often seek different things from their friends, and they provide different types of support, too. One common example is how a woman may vent without wanting actual advice. Chances are, your lady friends will nod along with you and provide support, but a man is more likely to try to give you advice. Your male friends may become frustrated if you continue to come to them with problems while ignoring your advice, and you might not feel truly heard if he can’t shut up and sympathize.

This isn’t the only difference that can be problematic for platonic friends. Recognizing the differences in friendship behavior goes a long way.

6. YOU RECOGNIZE WHAT YOU HAVE TO LOSE.

If you’ve invested a lot in your friendship, you’re not likely to want to jeopardize it, so you won’t allow yourself to develop feelings for your friend and/or you’ll want to handle them maturely if it happens. Similarly, you’d handle his feelings with care if he confided in you.

However, you both need to value the friendship as something on its own. If you’re only waiting around for him to see you as more than a friend, then you don’t really value your friendship. It’s worth less than the relationship you want, and you’ll treat it as such even if you don’t think you will.

7. THE TWO OF YOU RESPECT THE OTHER’S CHOICES AND RELATIONSHIPS.

This rule is the foundation of all the other rules for platonic friendships. If you respect your friend and his relationship, even if you’ve developed feelings for him, then you’re not going to try to make him feel bad for dating someone else or allow yourself to grow resentful or even abuse his kindness if he’s the one with the crush on you.

WHEN MEN AND WOMEN CAN’T BE FRIENDS

There are times when you just can’t be friends with a man as well as those times when you shouldn’t pursue a friendship against your better judgment. These times include:

Psst, find out the 3 rules you need to follow to be friends with your ex.

Even if you’re trying just to be friends, one of you might wind up having a crush on the other. Studies show that repeated exposure to a person is one factor in attraction, so beware of this trend. However, this doesn’t need to sound the death knell for your friendship.

First, you’ll need to determine how to deal with your crush. Do you tell the other person or not? Telling him means he knows and you could face rejection, especially if you’ve already discussed your desire to be just friends. However, it can also enable him to adjust his behavior accordingly so he doesn’t lead you on.

For friends, you’ll want to focus on saving your friendship. It’s not like when you’ve just met and developed a crush, which could potentially lead to more. Discover how to get your crush to like you.

Plus, if you need to take a break from the relationship, he’ll know why and you can return to being friends later. The opposite also applies if your friend has let you know about his feelings for you.

You may consider not letting him know at all if you think it’ll make things too awkward. But if you choose not to let him know and you’re also pulling away to deal with your feelings, it could damage your friendship in the long run.

Learn how to get over a crush and on with your life.

How you react certainly depends on your friendship dynamics. If you’re not that close, it might be okay to drift apart for a while.

So can men and women be friends? Absolutely. If you both respect one another and your respective relationships. Platonic friendships with guys might offer something that your friendships with other women lack. But there are definitely situations when you not only can’t be friends, but you shouldn’t even consider being friends with a man.