CUCKQUEANING: EVERYTHING YOU NEED TO KNOW ABOUT THIS UNUSUAL FETISH!

Some of our readers might be familiar with the concept of cuckolding, a particular fetish where a man gets off to the idea of his girlfriend or wife having sex with another partner. This sexual fantasy might sound weird, but it’s more common than you think and can be quite involved. Don’t feel left out as a woman, though, because you can reverse the roles and be a cuckquean if that’s your thing. 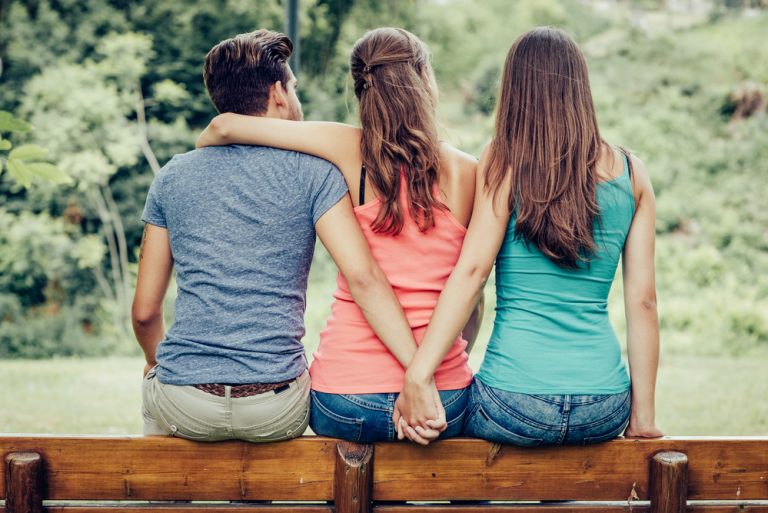 There are obviously many people who want to see or read about men who are forced to watch or even participate in their wives’ “unfaithfulness”. But what about when you swap genders? Is that a thing, and is it anyone’s fantasy? The answer to both questions is a resounding “Yes.”

INTRODUCING THE IDEA TO A PARTNER

Although it’s easy enough to understand the basics of being a cuckquean, the specifics of each relationship differ. Many of these situations begin with the woman who fantasizes about cucking bringing it up to her partner. This can be a difficult conversation. After all, it’s hard enough to talk about your fantasies when they’re more traditional than wanting to be a cuckquean.

You might start by suggesting how hot it is to think about other people having sex and work your way to the idea of your partner being the person with someone else. Or you might begin a conversation about fantasies:

WHAT A CUCKQUEAN DOES

Assuming that conversation goes well or you’ve already had it, you’ll find yourself in a position where your partner can have sex with another person. The mistress is sometimes called the cuckcake.  Depending upon your level of comfort, this may mean your man seeks out partners for relatively casual sex without an ongoing relationship, and you’ll never meet them. While you might have a cuckquean fantasy, you may not wish to meet those women, which may cause feelings of jealousy (and we’ll talk about that later).

It will probably help to define rules so you both know what’s acceptable or not. Many of the rules that apply to open marriage also apply to cuckqueaning.

Even if you don’t meet those partners, it’s essential that your partner discloses to any potential partners what your situation is.  Some people might not consent to being in that position, even if it’s consensual.

But that’s not enough for some people, and you can take your cucking experience much further. For example, you might find yourself turned on by your man comparing you to the cuckcake. Often, this is a woman who is younger and more attractive (and perhaps better in bed). At the very least, your partner might make you believe this to be true.

If this doesn’t sound appealing to you at all, then cucking might not be for you. You may not have enough of a humiliation fetish or desire to submit (learn how to be more submissive). You may struggle with feeling compersion (learn more about compersion here). And that’s absolutely okay. But if you’re aroused and want to know more, keep reading!

DELVING DEEPER INTO THE EXPERIENCE

Perhaps you love the idea of your man comparing you to another woman as he fucks you. It might send you right over the edge to know or suspect that she’s better to you and hear what your man has in store for another woman. You might get a thrill from reading messages between the two when he has “accidentally” left his phone in reach (but make sure that’s okay as part of your agreement).

Perhaps the ultimate in cucking is when you do meet your man’s cuckcake. You know how attractive she is, and you’re an audience to their experiences. Can you imagine seeing a beautiful woman enter the home you share with your man after a successful date and disappear into the bedroom with your partner? You know the two of them have sex, but you can’t watch.

If you’re especially into the humiliation element, then your partner’s cuckcake can become something of a mistress to you. You’re on the lowest rung of the ladder, and the pair will use every opportunity to remind you. She is better than you, and you are unworthy – perhaps worthless. So he fucks her or goes down on her until she comes.

And you? You are lucky if you get to clean up the mess that your man leaves behind on another woman’s body – or in her pussy – the sloppy seconds that you deserve.

This theme pops up time and again when reading cuckquean erotica. The cuckquean’s pleasure is withheld until the man or mistress gives permission. A cuckquean might worship the cuckcake as a way to become closer to the man.

Obviously, this can be a very depraved situation, and it won’t work for everyone. Some men only want to be with one woman. Many women would want to stay as far away from cuckolding another woman as possible, and not every woman can handle being a cuckquean. Even if the idea turns you on, you might struggle with jealousy.

Sometimes people assume that the people who engage in polyamory (learn how polyamory and polygamy differ), swinging, open relationships or cucking don’t experience jealousy, but that’s usually not the case at all. Some of these people may be less predisposed to feel jealousy than others, but it’s often all about how you deal with it. If you ignore it, it can become a much bigger problem.

But if you acknowledge jealousy and where it arises from (that your partner might find someone more attractive, may eventually leave you or that you’re not filling his every need are just a few examples), you can work on the foundation of your relationship. Being proactive about jealousy helps you have a happy and healthy relationship, even if you’re in a more traditional monogamous arrangement.

That doesn’t mean that the green monster won’t sometimes rear its ugly head. You might be an experienced cuckquean who suddenly finds herself needing a break. Perhaps a stressful week at the office has you feeling out of sorts, and that’s perfectly okay.

Ultimately, you should be able to express those feelings to your partner and take a break from cucking if it’s not working for you. You may even want to adopt something similar to a safe word (more on safe words) if, during the scene, you feel like you need to pause or stop. Because while being a cuckquean might not look like fun from the outside, it’s ultimately something that you desire and might have been your idea in the first place!

Cuckqueaning is one of the weirder fetishes, and it’s totally understandable if it’s not up your alley. But if you find the whole idea a turn on, rest assured that you’re not alone and many men are happy to participate with you. You might find that being a cuckquean is a sexy fantasy come true!