Dealing With A Dick That’s Too Big? Read This!

It’s so exciting when you’ve got a new potential partner. Whether you’ve just spotted him across the bar and made eye contact or you’ve been building sexual tension for weeks over text, you want him inside you sooner rather than later. But sometimes reality hits and your bodies aren’t as ideal for one another as they could be. Sometimes this means his penis is smaller than you’d like, and other times it means you’re dealing with a dick too big and you don’t know what to do about it! 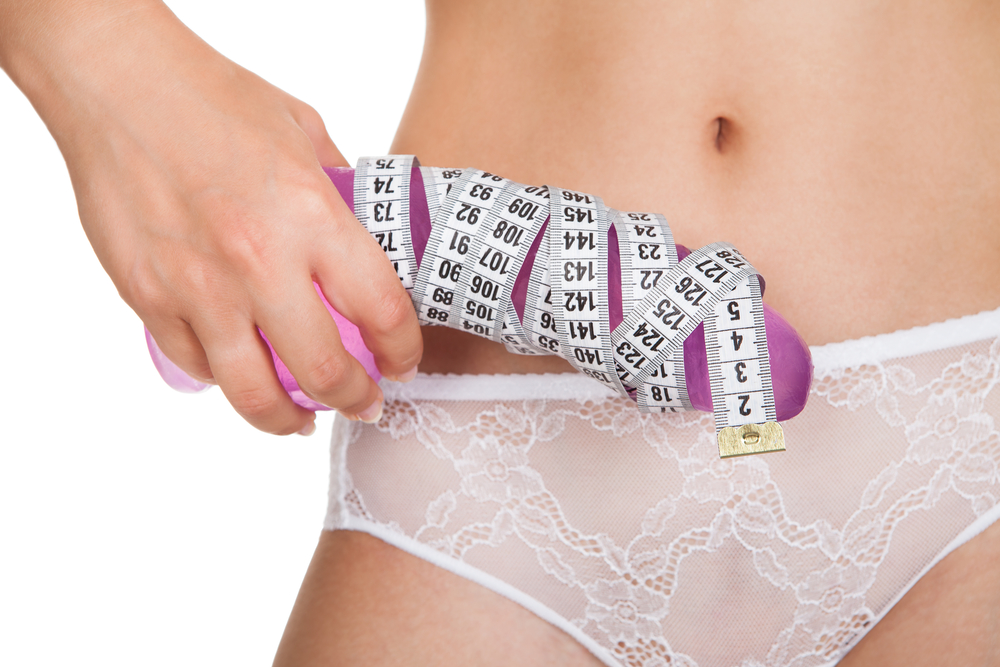 Despite what romance books and rom-coms would have us believe, not everyone fits well together. Height and weight are two of the more obvious factors but penis size and, to a lesser extent, stretchability of your vagina also play an important role. Of course, it’s frustrating if you’re met with pain and not pleasure with a new partner, but it doesn’t have to be a deal breaker!

If you’ve ever had sex with someone whose length meant your cervix was pummeled or whose girth made you feel like you were being stretchy in a totally unpleasant way, then you know a penis can be too big. But what does that mean in terms of actual size? Of course, everyone will vary, and you need to understand how the vagina works to answer this question.

The vagina is a potential space. Like a balloon, it’s flat when empty. But when you add something — a penis, a toy or even a tampon — it balloons out to accommodate that object. The vaginal canal is between 3 and 4 inches long (which is why sticking to G-spot stimulation works so well when he is smaller), so you don’t need a huge penis to feel full, but the balloon effect means you certainly can take something larger. Source.

The sex position you’re into can also come into effect. Any position where your legs are closed, like spooning, will make him feel larger. This is great if he’s on the smaller size, but not so awesome when it comes to a dick that’s too big!

Don’t think that you have to break up or forego sex just because his penis is too big. Here are some steps to make it work!

Any combination of these things might work for you and your partner, so give them a try tonight!

Maybe you’re just not turned enough, have no lube or your cycle just doesn’t work for sex tonight. What can do you? There are plenty of alternatives.

Of course, there are tons of other things you can do, so don’t let yourself be limited to these ideas.

Too Big for Condoms

Sometimes a guy who has a big penis might be too big for standard condoms, which is a serious issue when it comes to being a responsible and sexually active bad girl! Condoms help prevent pregnancy and protect you from a variety of STIs. Read more about this here.

Regular sized condoms might be too small for some guys, and this runs the risk of it breaking, which isn’t much good at all. Fortunately, all the major and minor condom companies create larger sized condoms. This includes Trojan Magnums and the XL and XXL condoms from Durex. It’s smart for you to have both options on hand. If you put the condom on your man — instructions in this post  — you might even find that he’s exaggerated by saying his penis is too big.

However, the truth is that these condoms are just a bit larger than typical condoms, mostly to appease the male ego.  No man is so large that he can’t wear a condom. After all, you can stretch them over the human head and watermelons. So if a guy tries to argue with you, let him know you’re only down with having safe sex.

Finally, you should consider using another form of birth control if condoms don’t work — because of an allergy, for example. You can even use condoms and hormonal birth control such as the pill to double up.

One Warning About Large Penises

One thing you might not realize is that having sex with a well-endowed partner can lead to more urinary tract infections because more bacteria are being introduced to your urethra. If you notice having sex with your man leads to more UTIs, you might try using a condom to make things more hygienic. You’ll also want to avoid activities such as sex in water and make sure you thoroughly clean your toys before and after use.

Remaining hydrated and peeing after sex may also help, but you may need to talk to your doctor about other solutions if the problem persists. Learn more about preventing urinary tract infections here.

So don’t worry if his penis is too big. You can take your time and work your way up to it, or you can remain sexually intimate by engaging in other fun activities.