DO GUYS LIKE SHORT GIRLS? YOU BETTER BELIEVE THEY DO! 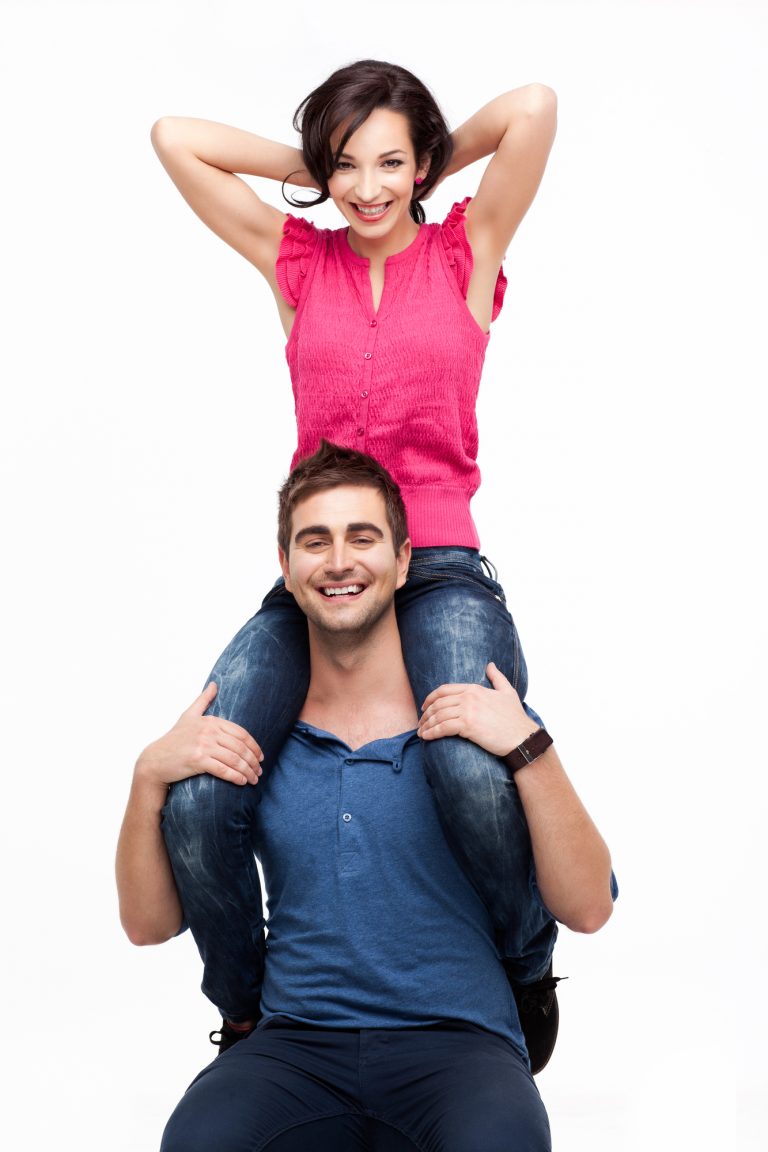 1. IT MAKES THEM FEEL POWERFUL AND STRONG

A guy will naturally feel powerful and strong if he towers over a short girl. A short girl feeds into many a man’s common desire to take care of their partner, and this is a main reason why guys like short girls. Short, adorable women are irresistible to many men. When short girls look up to a guy (literally), it makes him feel important.

Or he can give you piggyback rides if you are a short girl who is also thin. Both are fun, playful activities that are easier for him to achieve if you’re short. And you’ll both have a great time as he picks you up and takes you to the bedroom.

A short girl potentially weighs less than a tall girl does. Therefore, the possibilities for standing sex positions are increased.

The stand & carry position (learn more) is one option if he can safely support your weight.

If you’re short and experiencing a height mismatch, you can use furniture to help out. Try sitting on a counter or table while he enters from in front. High chair sex position (find out how to do it) is another option.

At least, there’s some evidence that they have more estrogen, one of two female sex hormones, than tall women do. Estrogen is responsible for slowing growth during pubery, which is why men are generally taller than women.

An interesting (and weird) side fact is that doctors used to prescribe some tall girls estrogen treatments to slow or stop their growth [1]. Back then, if a girl got too tall, her parents worried she’d never find a man to marry her.

Thank goodness attitudes have changed. Not to mention that this estrogen treatment turned out to be dangerous. The type of estrogen used in these treatments was diethylstilbestrol (DES), which was later linked to cancer, especially cancers of the reproductive organs [2].

5. SHORT PLAYS INTO A CUTE FEMININITY

As we mentioned, short girls tend to have more estrogen, which naturally gives them more feminine traits, such as being nurturing versus the testosterone-based traits of being aggressive and competitive. Guys also typically feel protective over short girls, so they view them as being more feminine than tall girls who they perceive as being able to take care of themselves. The taller and bigger person in the relationship is perceived as being the stronger one.

Wanna know how to be cute? Read this post.

6. HE FEELS USEFUL WHEN HE CAN REACH STUFF FOR YOU

When you’re a short girl, you have one of the oldest, tried-and-true ways of meeting guys: You can ask them to reach something for you. Whether you’re at the grocery store, at school, or at work, if something is sitting on a high shelf that’s just out of your reach, you can nicely ask that kind (and cute) guy near you if he wouldn’t mind getting it for you as you simply can’t reach it. What guy wouldn’t feel flattered to help a damsel in distress? Short girls: use this to your advantage.

7. IT’S CONSIDERED “NORMAL” FOR A GUY TO BE TALLER

Whenever anything out of the ordinary happens, people tend to notice: a guy with neon green hair, a cat wearing a dress, or a couple where the woman is taller than the man. But just because it’s more likely for the man to be taller doesn’t mean that it’s weird in any way for you to be taller than your guy. You don’t have to be a short girl to get a guy.

Height is usually not the most important attribute people put on their must-have list. Of course, some people will always want a certain type, but by limiting people based only on height, it means that you (or they) could be missing out on a great person. In the end, someone’s personality and how right they are for you should matter more than some arbitrary height requirement.

A short girl with a tall guy is popular among celebrity couples. Here are some examples of famous couples (both current and past) where the woman is shorter than the man:

If you wonder, “Do guys like tall girls?” the answer is that they do. However, some guys are intimidated by height, especially if you’re taller than he is. Talk with him about it if you sense that he is. But ultimately, if you’re taller, and he’s insecure, you don’t need to fix him. If he wants to only be with a short girl, there’s not much you can do about that. Wish him well, and find someone who appreciates you for the tall, beautiful person you are.

Hey, do you think your guy is insecure? Look for these signs.

We imagine alpha females when we see a tall woman. We believe she’s capable and powerful. Tall women command attention when they walk in a room, and they typically draw more attention from people than short women do. Many people also assume that because a woman is tall, she is also successful.

Discover how you can be a badass woman, too.

Some sex positions work great if you’re taller than your guy or about the same height. Here are some of them:

When you and your guy are the same height, it makes kissing while standing up so much easier. He doesn’t need to bend down or get into any sort of awkward position as he might when kissing a shortie. And you don’t have to get on your tiptoes for a kiss.

If he likes to put his arm around your shoulder as you walk together, he can if you’re tall. This doesn’t work with a tall guy and a short woman.

6. EVERYONE HAS THEIR OWN PREFERENCES

Ladies, listen up. It’s you who are pickier about height than men are. One study determined that height matters more to women than to men [3]. Women, as you may expect, prefer tall men. And while some guys prefer the woman they date to be shorter, only a small percentage does: 13.5 percent. Far more women place height restrictions on dating. Almost half of all the women asked want to only date men who are taller than they are.

CELEBRITY COUPLES WHERE THE WOMAN IS TALL

Some guys like short girls, so you needn’t worry if you have your eye on a taller guy. But being the taller one in a relationship is becoming more common, too! Times have changed greatly since the 1950s where parents would get estrogen treatments for their daughters to keep them from becoming too tall. Society is more excepting now of superficial differences.

So no matter whether you’re under 5 feet or over 6 feet, be confident in who you are when you are ready to start dating. If you’ve ever wondered, “Do guys like short girls?” you now know that they do, but they like tall girls as well.