DO YOU LIKE CALLING HIM DADDY IN BED? YOU’RE NOT ALONE!

Many people have special nicknames for their significant others. Some women even call their man “Daddy.” If that sounds weird to you, you’re not alone. However, it’s a common kink and doesn’t necessarily come with some hidden dark side. 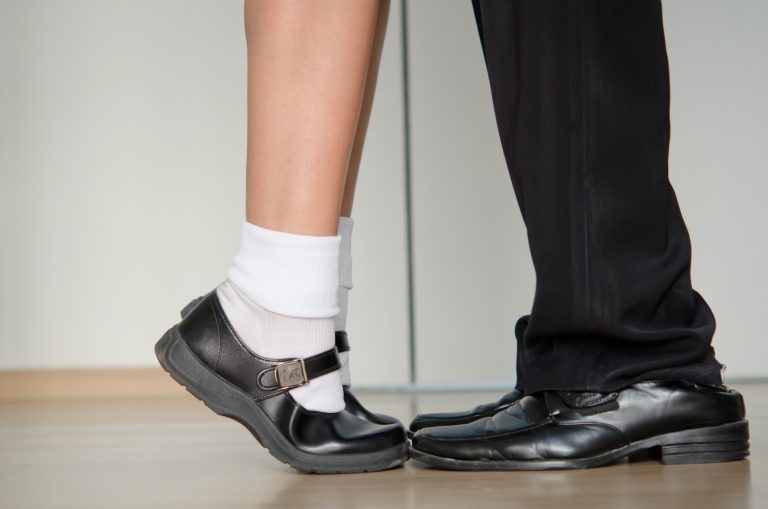 WHAT’S IN A NAME?

To many people, calling him Daddy just seems odd, perhaps even taboo or just plain icky. So why do people do it?

For many women, calling their partners “Daddy” happens only during sex. It’s sexy in the moment, but it would be strange to call him Daddy outside of the bedroom. In this way, it’s part of a little sexual role play, even if other role-playing elements are not involved (but they can be as you’ll see a bit later!).

Read: Role Playing with Your Man in the Bedroom

So why “Daddy” specifically? Do these women all have daddy issues? Were they molested by their fathers? Generally, no.

It’s a nickname that indicates he is an authority figure. It’s a bit like “Sir.” Daddy, in particular, evokes the image of a caring father. By extension, his female partner can feel protected, cared for, naive and, yes, perhaps a bit bratty as long as “Daddy” takes care of things!

There’s a reason why a guy who financially provides for a (typically younger) woman is called a “Sugar Daddy,” after all. His Sugar Baby feels safe, and she makes him feel powerful in turn. But those relationships may not be sexual.

You don’t need to call him “Daddy” if you’re not into it. You could call him, Papa, Papi, Sir, Mister or even use his name as long as you both agree with it. The nickname just lets you slide into the scene more easily.

WHY PEOPLE DO IT

In this way, calling him Daddy is an example of a power-exchange relationship; although, some people only use the nicknames and nothing more. For them, it’s mostly dirty talk.

Psst, need to learn how to talk dirty? Read this!

What makes it hot is the fact that it is taboo, just like it’s incredibly arousing to have sex in a public place knowing you might be caught. It’s hot because it feels wrong, but you ultimately know that you’re not having sex with your actual dad. Few people would find that idea appealing, even if they call their partners “Daddy” in bed!

The dirty talk can allude to how naughty it is or that someone might walk in on them, which makes it even hotter! Humans just love doing what they’re not supposed to.

What about those women who like calling him Daddy and adding in more elements of role play? This particular theme is easy to get into if it’s your thing. In fact, there is an entire subculture around Daddy Dom and little girl play (better known as Ddlg in the community).

A little, as they’re known, typically enjoys childish things and relinquishing control (Read: being submissive during sex). That element may not be sexual, but obviously calling him Daddy in the bedroom is!

In extreme versions of these interchanges, a woman might dress, talk and act way younger than she is. Imagine high-pitched voices, even baby talk. Imagine the way a girl looks shy and innocent.

In fact, many representations of the relationship between DC comic’s Joker and Harley Quinn are quite similar to this sort of relationship. He’s in control, and she’s quite childlike.

A Daddy may not be that much older than his girl, or she may even be older. Actual age doesn’t really matter; although, you might find it easier to call him Daddy if he is a few years older than you.

PROPS AND COSTUMES IN THE BEDROOM

Props can come into play, too. For example, a little girl might enjoy coloring with crayons and a notebook. She may carry a teddy bear or keep her goodies in a backpack that she carries around, even if the things inside her backpack are implements that no minor would actually carry.

And don’t forget about the costumes. There are tons of ideas for outfits and accessories that help you suspend disbelief when you’re doing daddy and daughter scenes.

There are obviously a lot of little details you can put into your outfit if you really want to get into the aspect of age play.

Of course, you don’t have to. Some people don’t like pink and frilly, stereotypically “girly” items. But it’s an option if it adds to the scene for you. Or you can find props that allow you to feel like a “little” in a less feminine way.

Other examples of this dynamic can be seen with a woman who plays the role of Mommy/Mistress and her little – girl or boy depending on sexual orientation. Prefer to take control? Check out these 10 ideas to dominate your man.

While some people focus on the age play, not everyone does.

In some relationships, these roles are lived out 24/7. This is also known as total power exchange or TPE. However, TPE is harder to sustain than a temporary scene in which you call him Daddy.

THE DRAWBACKS OF CALLING HIM DADDY

Sure, it can be hot. But it’s also a little strange. You might feel weird in the beginning, or calling him daddy might never work for you. That’s okay.

It might be hard to switch in and out of it if it’s something you do in the bedroom. If someone overhears you calling him daddy or you try to explain the dynamic to friends, they may judge you. Look for support in Ddlg communities where people are more likely to be understanding and helpful.

There’s also the chance that you might lose a bit of your personality by playing the role. You’re an adult with responsibilities, a life of her own and the ability to think critically. But you might forget that a bit because you get to check out when you call him Daddy.

It might be just what the doctor ordered, or you might realize that you’re using it as an excuse or not fully being yourself. If you keep calling him Daddy only to the bedroom, this likely won’t be an issue, of course.

If you’re unable to function as an adult, break down at the very thought of responsibility or actually have a troubled relationship with your father, you might not want to entertain this dynamic until you’ve got a more stable foundation.

Furthermore, any power exchange relationship runs the risk of the person who is receiving power (Daddy, in this case) using it to abuse the other person. That authority may allow him to isolate you, hurt you physically or otherwise control you in unhealthy ways.

Related: 11 Signs of an Abusive Relationship

A safe word is useful in these situations. Find out how to use a safe word. However, if this guy is a jerk, he’s unlikely to respect a safe word. Look out for these signs of a controlling man who might become dangerous.

For the most part, however, there are few drawbacks to calling him daddy.

Calling him Daddy is definitely not for anyone, but nothing is wrong with you if you’re one of the many women who enjoys doing it. If you know of a couple who enjoys these roles, resist the urge to judge. It’s more normal and less worrisome than you might think!