EVERYTHING YOU NEED TO KNOW ABOUT DATING WITH HERPES

A herpes diagnoses can be quite life-altering. At least, it can feel that way initially. But it doesn’t need to end your relationship or put a damper on your sex life. You can continue dating with herpes as long as you’re honest and safe, and we can help with both of those goals! 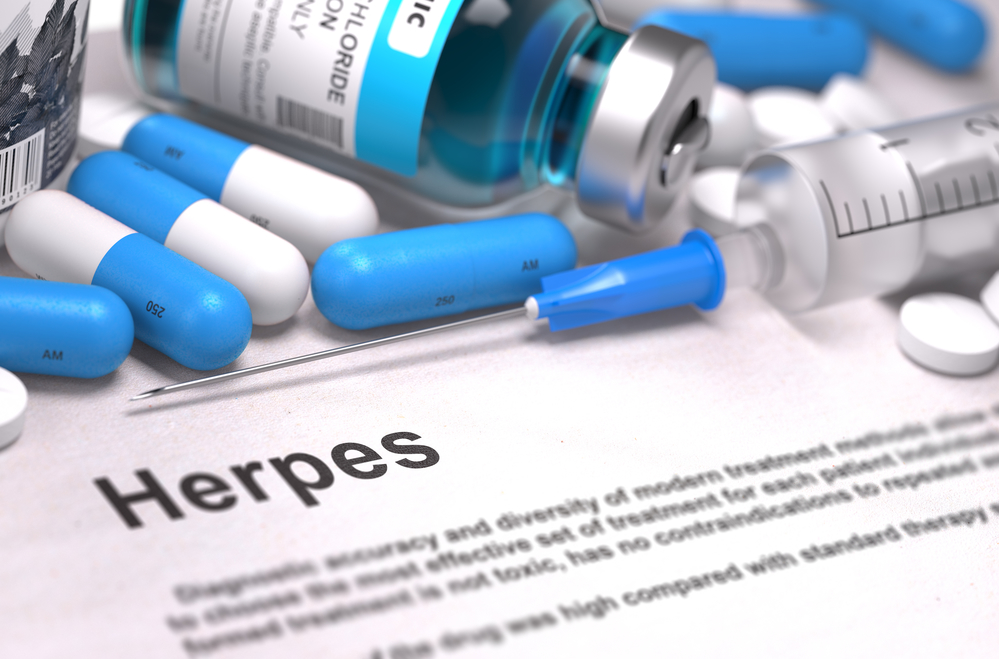 WHAT YOU NEED TO KNOW ABOUT HERPES

If you suspect you have herpes because a sore has suddenly appeared or if you’ve recently been diagnosed, your mind might be in a whirlwind. You might be too busy dealing with pain to think about dating. Dating can already be complicated. Let’s start with the basics.

Herpes, also known as Herpes Simplex Virus 2, is a virus that causes genital sores. There are at least two types, one of which (HSV-1) also causes cold sores around your mouth. Herpes is actually related to chicken pox, so you can imagine how uncomfortable that would be on your vulva.

Although you might not be thinking about sex when you first find out you have herpes, it’s something you’ll want to consider eventually. There’s no reason not to have sex with new partners or your current partner, even if he doesn’t have herpes.

While he may not have symptoms, he may be among the 80% of people who don’t realize they have herpes. Like many STIs, the symptoms don’t always appear. So if you’re going in to get tested or have already done so, you can encourage him to do the same.

SO YOU HAVE HERPES

You might be wondering how you can have herpes. You may always use protection and may not have slept with many people. However, all sorts of people can contract this STI, and it says nothing about your character if you did. Those who try to paint people with STIs as bad or unclean are narrow-minded. We never condone that sort of slut shaming.

Herpes is more common than you think. Your doctor can tell you as much, just like she can tell you over 25 million adults have herpes. You should also discuss with your doctor your medication options, which will include those to take on a daily basis suppress outbreaks and those that will treat it.

However, you might want to confide in a good friend or your partner. Learning that you have herpes can be emotionally traumatic. It’s okay if you need a shoulder to cry on.

Finally, you’ll want to let anyone with whom you’ve been sexually active since your last clean STI panel know that they may potentially have herpes, too.

Thanks to the Internet, you may never have to disclose the fact that you have herpes. There are sites that exist specifically for those who have been diagnosed, so you needn’t worry about difficult conversations or transmission.

Obviously, this narrows your dating field, and finding true love can be hard enough as is. But it’s one option to consider. If you’re dating someone who doesn’t have herpes, read on to learn how to deal with that.

WHEN TO TELL HIM YOU HAVE HERPES

First, take a deep breath. Telling someone that you have herpes is never easy, and the first time you need to disclose might be especially difficult. However, rest assured that it typically gets easier as you tell more partners. Don’t make yourself feel additional sexual anxiety.

Furthermore, you don’t need to tell every date. If it’s a first date that isn’t going anywhere, it’s not necessary to tell him. However, some people with herpes do like to get it out of the way as soon as possible to weed out those who might not be okay with it. Some people even drop the fact they have herpes into as many conversations as possible because it helps destigmatize it. Other people wait until they’ve got more of a rapport with their dates in hopes that it will encourage their partner to stick around even after disclosure. It’s up to you.

Some people even drop the fact they have herpes into as many conversations as possible because it helps destigmatize it. Other people wait until they’ve got more of a rapport with their dates in hopes that it will encourage their partner to stick around even after disclosure. It’s up to you, but you don’t want to wait too long.

It is imperative to tell your date when you know sex is imminent – not after. You also don’t want to wait until you’re getting hot and heavy. In the moment one of you might freak out, or you might not take the appropriate precautions.

So if you think you might have sex at the end of your third date, it might be something you bring up at the beginning of that date. Many people struggle with what exactly to say, so you can work off of this template

I really like [or am attracted to] you and would like to take this further, but I think we should talk about our sexual histories first.

From here, you can talk about how you were once diagnosed with herpes and that you now treat it and must have safer sex to avoid transmission. You can reassure your date with facts and answer any questions. For example, it’s not inevitable that he will get herpes just because he’s dating someone with herpes. Being knowledgeable might be the difference between him being able to accept that you have herpes or not.

Plus, this line of discussion opens up talks about his own STI status and ensures that you’re both having safer sex and getting tested frequently.

PREPARE FOR THE WORST, HOPE FOR THE BEST

It’s a heavy conversation, but it might not even be as big of a deal as you think (this is often true with talking about sex). Proceed with confidence, and it’ll help make things less difficult or awkward. Don’t expect immediate rejection. Your date might Google it on his phone or ask questions. He might accept it right away.

There is, however, always the chance that he will freak out. There’s a lot of stigmas that still surrounds herpes and those who have it.

Sometimes, your partner will need time to think about it. He may return and even apologize for acting less than gracefully. It may eventually not be a problem, but you should give him space if he requests it.

Unfortunately, there are times when people won’t be able to accept your herpes diagnoses. They may already have weak immune systems or may have dealt with another STI and just aren’t ready or willing to add the risk of herpes to the mix. At this point, you’ll need to deal with rejection. We’ve got advice on that here.

Even if it takes a little bit, you will find someone who wants to have sex with you again. When you find someone who’s accepting, you still need to be safe. This means using condoms, even when you’re not having an outbreak. We now know that you can transmit herpes in between outbreaks. Even if you have no visible sores, you can still transmit the STI to your partner because of viral shedding [2].

Using condoms cuts the chance by 30% – 50%. There is still a small chance that your partner can get herpes because it’s spread through skin-to-skin contact, and a condom doesn’t cover all the exposed skin. However, the decrease is significant enough to warrant using condoms whenever you have sex if you know you have herpes.

Another option is a medication that suppresses outbreaks. Not only does this mean less painful sores for you, but it decreases the chance of transmitting herpes by almost 50%. You’ll want to avoid anything that can encourage an outbreak. This includes products containing L-Arginine [3], which has been used in some personal lubricantsas well as fitness supplements.

Other triggers include your period, stress, injury or sickness. The same sorts of things that can onset a cold sore can trigger a genital herpes outbreak.

If you do experience an outbreak, you’ll want to treat it right away. Your doctor can prescribe antiviral medicine to treat outbreaks if you’re not already taking a suppressive antiviral medication [4].

Once you get in the habit of telling your partners about your herpes diagnoses and having safer sex, you’ll probably realize that your life hasn’t changed as much as you expected. And dating with herpes isn’t impossible. It’s certainly not over! Herpes doesn’t define you. It’s just a part of you, and there are people who will find the whole of you desirable and loveable no matter what.