EXCLUSIVE RELATIONSHIPS: 4 TIMES NOT TO COMMIT + LEARN WHEN YOU SHOULD

When you’ve met someone who makes your pulse race, you want to know if he feels the same about you. If you’re one of many people who believe in monogamous relationships, you might want to know how to grab this man and turn your casual dates into an exclusive relationship. Figuring out how to go about that can be a struggle, but the conversation doesn’t have to be difficult or intimidating! 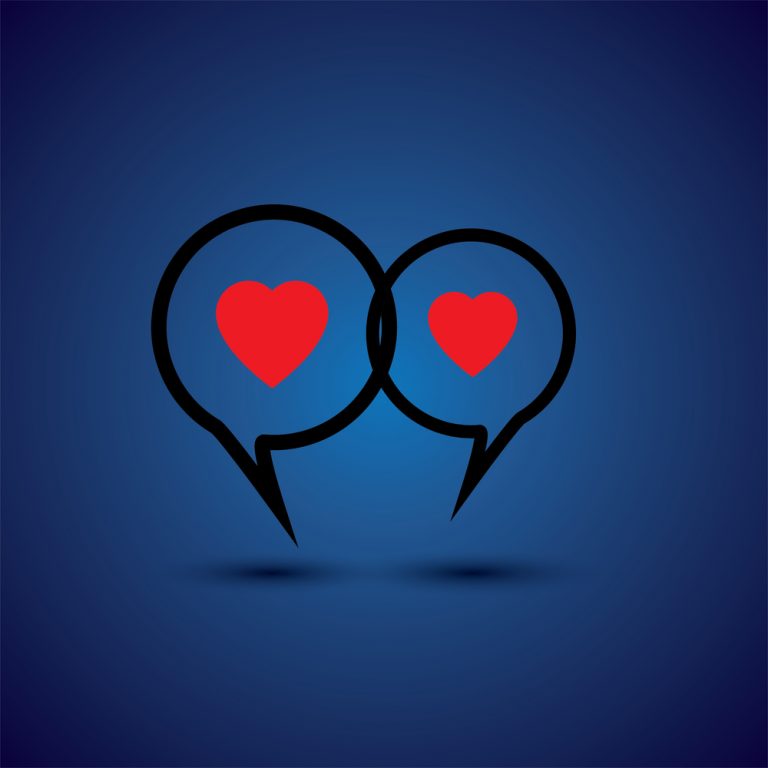 There are some people who have commitment issues and shy (or run) away from monogamy even if it’s their heart’s secret desire. A few people are polyamorous, which means they’re capable of being in love with multiple people at once and might even be in multiple relationships. However, while exclusivity isn’t part of these relationships, commitment still is.

Still, for many people, an exclusive relationship just makes sense. It symbolizes their commitment and they might move in together, combine finances and adopt a pet or have a child based on that commitment. Of course, this is usually a long way down the road after you first become exclusive.

THE BENEFITS OF EXCLUSIVE RELATIONSHIPS

Exclusive relationships reduce the risk of transmitting STIs. Being “Facebook official” and introducing one another to friends and family cements your value to that person. As part of a couple, you can bring your significant other to events that allow a +1. You’re a unit now.

You can breathe easier now that you know he cares enough to only date you. This reassurance lets you be free to be yourself. Being in an exclusive relationship gives you the chance to focus on each other and really get to know one another. Your feelings can deepen. You might fall in love. Or the novelty may wear off, leaving you with the realization that this guy isn’t really the one for you or that it was only physical.

THE WRONG REASONS PEOPLE GET INTO EXCLUSIVE RELATIONSHIPS

Because so many people view dating as a stepping stone to marriage, it’s easy to become goal-oriented. You want to spend as little time on the people who aren’t the one as possible before moving on to the next option. This means you may want to discuss being in an exclusive relationship up front. While it’s okay to know what you want and be clear with your intentions, you don’t want to pressure someone you’ve only known for a month!

Why do so many people fall into that trap? Perhaps it’s because not knowing where something is going can lead to a lot of anxiety. If you do feel yourself developing feelings for a guy, you want to know if he feels the same. You want to avoid hurt if you can.

But you often can’t when it comes to matters of the heart. Sometimes you’re going to get hurt. And it hurts. There are sometimes ways to lessen it, but opening up your heart to someone means that you might feel pain if they leave or don’t feel the same. The good part is that you took a risk to open up to someone. You made new memories and hopefully learned a lesson as well as something about yourself.

Being okay with that risk helps to make having the conversation about monogamy easier. There are a lot of people who obsess over the idea of being in an exclusive relationship. Indeed, plenty of people stay in unhealthy relationships (discover the 6 signs) because they’re more focused on their relationship status than the quality of that relationship.

3. THE FEAR OF BEING ALONE

This same fear of being alone is what leads many people to jump from relationship to relationship, which we know better as serial monogamy (discover more). Every relationship moves quickly to exclusivity no matter how new that relationship may be and sometimes despite significant signs that it’s not a viable relationship. While it’s normal to wonder whether this guy you’re dating has any serious plans with you in the future, it’s not healthy to obsess over it before you even know if you like him!

Still, it’s difficult not to. For many people, the goal of dating is to find a compatible person to marry and start a family with. The sooner you know if this is a possibility — and changing from just dating to an exclusive relationship certainly is a required step for most — the better. And if that person doesn’t have the same goals or see a future with you, you can walk away before you invest too much time or energy into the situation, not to mention fall in love!

4. WHAT OTHER PEOPLE THINK

Finally, some people have “the talk” because they’re concerned what others think. You might not want to be in a relationship — with this person or at all right now. But you think you should, so you do, even if it’s not right.

WHEN TO HAVE THE TALK ABOUT DATING EXCLUSIVELY

There’s no easy way to answer this question, but we can provide some advice.

You should feel a connection to a person before you become exclusive. This means more than just having met and slept with him once. You should know a little about him other than he’s good looking or good in bed. Have a few dates under your belt. If you have busy schedules with little room to date, it can take a few months before approaching the subject feels right. But for people who see each other constantly for the first three weeks, the discussion of exclusivity will come more quickly.

One mistake some people make when discussing monogamous relationships is that they ask around sex. But sex can lead us to say and do things we wouldn’t normally do. So keep this discussion outside of the bedroom.

Some people discuss it before having sex. “I really like you and want this to be more serious before we have sex,” is one way to go. Others have sex before they considering coupling up. This might even be a requirement to test sexual compatibility. No way is more correct. Do what feels right for you.

There’s not usually a time that’s too late to have this discussion. Although, if you don’t have it early on, this guy might assume things are more casual than it is for you or than you want it to be eventually. Keep that in mind when looking for the right time to discuss having an exclusive relationship.

IT DOESN’T HAVE TO BE A BIG DEAL

Many people put off the conversation about exclusive relationships because they’re worried how their partner will respond. There is a chance that you will be rejected or told that he needs more time, and we’ll discuss how to deal with this later. But much of that anxiety is based on how people build it up in their heads — sort like losing your virginity. More on that here.

The conversation doesn’t need to be super serious. In fact, it’s better if it doesn’t sound like a demand or an ultimatum. This could actually chase your guy away. Instead, it can be as casual as you saying, “So I was wondering if we should only see each other.”

It invites discussion, and you’ll find out if the two of you were on the same page. It’s not so direct that it will scare someone off, especially if they’re on the fence or skittish. But it lets him know that you do want an answer.

The two of you might be able to work on a timeline that provides reassurance for you without making him feel boxed in. And if you’re the one who isn’t sure about taking the next step together, you can figure out if you need to determine if you want to commit to this guy without making him an anxious mess in the meantime.

Your conversation may also include setting boundaries now that you’re going to be an official couple. Learn how boundaries are helpful and healthy in relationships — and not just exclusive relationships.

Because the conversation could take some time, you don’t want it to be rushed. You should both have time and be relaxed.

WHEN HE DOESN’T WANT TO BE EXCLUSIVE

There’s always a chance that the response to your question is one that you won’t like. Perhaps he was never interested in a relationship. He wanted only sex and assumed you wanted the same. You may even have agreed to keep things casual because one of you is busy with work or coming out of a serious relationship.

You might have thought you could date with no-strings attached only to find your heart strings were getting attached to this guy. Perhaps you thought you could change his mind with awesome sex (this almost never works, however!).

Whatever the reason, his response has you feeling dejected and rejected. That’s understandable. You might need time to get over it. Or you may need to give him time to consider how he feels.

But it’s not in your interest to make a scene, start an argument or worse. Take time away from him to gather your thoughts — as much time as you need. If there’s any hope for you as a couple, making the wrong move now could dash that hope. And it’s always better to walk away from a rejection with grace and dignity.

Find out how to deal with rejection in this post.

You shouldn’t stick around after he’s made his position clear or continue to allow him to use you for sex if it’s only going to hurt you. Sometimes all you can do is cut your losses and move on.

Is he using you? Find out here!

Sometimes people avoid talking about whether they’re exclusive because they don’t want to be rejected. Yes, it hurts. But not talking about it is unlikely to propel you forward as a couple.

Monogamy rarely happens by accident. In fact, many people — especially men — assume they can date and sleep with multiple people until you have that conversation. If all the signs point toward this, don’t try to fool yourself into thinking that you mean more to him than you do. He might not even know where you’re coming from until you do talk about becoming exclusive!

WHEN HE WANTS TO BE EXCLUSIVE

It may not be you who is interested in monogamy. Perhaps you tend to play the field or take things slow. When a guy wants to be exclusive, you might need to end things with other people before you can be exclusive. And you should do this to start your relationship off honestly.

Of course, it can be difficult to reject someone. That’s another conversation that people try to avoid. But being honest with those guys, too, is the best course of action.

Read: How to Reject a Guy the Right Way

You might even need to reject this guy when he brings up the idea of an exclusive relationship, and you’re just not that into it (or him).

Exclusive relationships aren’t for everyone, but they do make sense for many people — when the time is right! There’s nothing wrong with knowing and asking for what you want, but you shouldn’t search for committed relationships just because you’re afraid of being alone.