HOW TELL SOMEONE YOU LIKE THEM: 11 GREAT PIECES OF ADVICE

Few things are as difficult as telling someone that you like them. Feelings can be strong and confusing, and rejection is scary. But the more you do it, the better you’ll get and the more assured you’ll feel that you know how to tell someone you like them. And many people appreciate the direct approach. 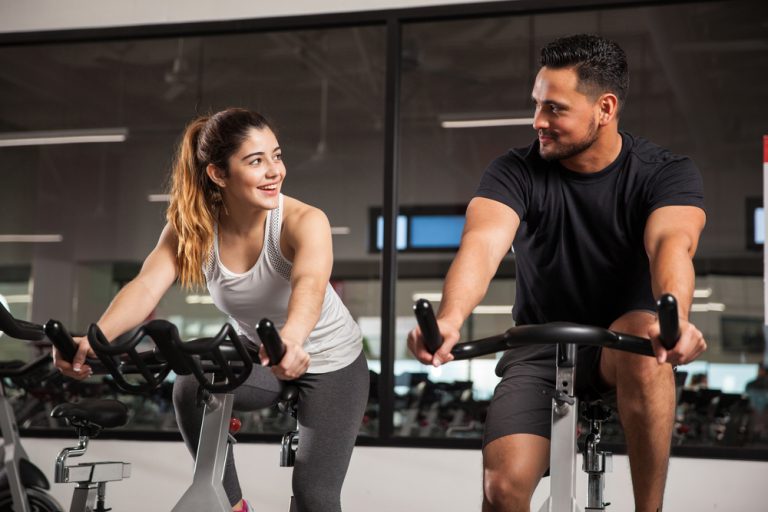 Here are 11 ways on how to tell someone you like them. And we’ve added a pro and con for each tip.

When learning how to tell someone you like them, you can do so without saying the words by being indirect. Some popular ways of doing this are the following:

What’s good about being indirect is that he can figure out that you like him without you needing to be embarrassed. It’s also good because if he doesn’t feel the same way, he can start to distance himself. He won’t need to say anything either. Being indirect lets you both save face.

Once you see a guy you like and start daydreaming about him, you are now secretly admiring him. You can take your admiration to the next level when learning how to tell someone you like them by leaving notes or gifts, such as a single rose, on his doorstep. Secret admirers do this because they’re too afraid to come right out and tell someone they like them, so they make the person they like guess who they are.

What’s good about being a secret admirer is that it’s a game, and it can be fun for both of you. If all goes well, he’ll find out who you are (maybe you’ll drop hints that he could figure out), and he’ll like you too.

tba: Show Him You Like Him With These Flirting Tricks

What’s bad about being a secret admirer is that the person you’re admiring might never figure out who you are. He could start dating someone else, never finding out you existed. Or, if he does figure it out, he could view your behavior as odd, even close to stalking behavior.

And see how he responds when learning how to tell someone you like them. Make the kiss soft and gentle. Just press your lips softly against his. Don’t even French kiss. The idea is to show him you like him, not to already assume he’s into you, or to give the impression that you just want sex. This kiss should give him a preview of what’s to come.

Related: How to Get a Guy to Kiss You

What’s good about kissing him is that he’ll know for sure that you like him. If he smiles and is happy about the kiss, you don’t need to worry so much about whether he likes you back (look for these 16 signs). You can tell by his behavior toward you after the kiss.

Read: How to Tell If a Shy Guy Likes You

What’s bad about kissing him is that he might not be attracted to you. If he turns away and lets you know that he’s not into you in that way, it could be awkward and embarrassing for you.

When learning how to tell someone you like them, you might want to do it quickly, so you don’t become unsure and chicken out. If you overthink how you’re going to tell him you like him, coming up with different phrasing, or even practicing saying it aloud in front of the mirror, you’ll have built this up too much. And then you can scare yourself out of doing it. The way to tell him you like him directly is to wait until you’re both having a good time. You can then naturally tell him that you like him.

What’s good about the direct approach is that there will be no more awkwardness when you’re around him. You won’t have to constantly wonder whether he knows that you like him. If he likes you back, you now can start hanging out as a couple.

What’s bad about the direct approach is that you can ruin a good thing by coming on too strongly too fast. He might be having a good time with you, too, but he might not yet know what his feelings are. Being caught off guard, he might start avoiding you.

Just let him know you have feelings. Mention in a casual way that you enjoy hanging out with him. Then be cool about just hanging out. If all you focus on is how much you like him and hope that he likes you too, you aren’t really getting to know him because of all the thoughts racing through your mind.

What’s good about not making a big deal about liking him is that you two can get to know each other as friends first.

What’s bad about not making a big deal about liking him is that once you’ve established that you like being friends with him, he might never view you as more than a friend.

6. DON’T PUT ANY PRESSURE ON HIM

If you like him and have told him so, leave it at that. Don’t pressure him for an answer regarding whether he likes you too.

What’s good about not pressuring him is that you make him feel comfortable. He doesn’t have to feel awkward about not telling you his feelings right now.

What’s bad about not pressuring him is that he might start using you. If he likes you, he should let you know. If you’ve told him you like him but then put no pressure on him to let you know his feelings, he can coast along, having you around when there’s no one else while still looking for someone else to like.

You can act in a confident manner even if you don’t feel very confident. Guys usually like confident girls. So take some deep breaths before you see the guy you like. Make sure you’re wearing clothes that you look good in and feel good wearing. Give off the air of being a person who’s got a lot going on, a person whom others admire and want to be around.

What’s good about acting in a confident manner is that you will come off as a person people like, including the guy you like, and a person others will want to be around. This might help him to like you. The key is to be friendly, nice, and care about him while you are also confident.

What’s bad about acting confidently is that if you overdo it, you might come off as being arrogant and smug. Or you might give the appearance that you think you’re better than he is. Those are not qualities people want to be around.

Making eye contact is one of the easiest ways to show someone you like them. It shows you’re interested in them and are paying attention to what they’re saying. It also shows your vulnerability. If you’re not talking to him yet, but you like a guy you spot across the room, make eye contact with him, then look away, and then look at him again. This lets him know you’re interested in him.

What’s good about eye contact is that it shows you’re interested in him without having to come right out and say it.

What’s bad about eye contact is that if you don’t do it right, you can come off as being creepy, such as if you stare him down. If you are caught staring too much, give a little smile.

9. YOU THINK HE LIKES YOU

If the guy you like has already told you that he likes you, then you should have no problem telling him back. That’s the easy part. But what now? What if he doesn’t act on the knowledge that you both like each other? In that case, you might want to put yourself out there and ask him out – learn how. Ask if he wants to get dinner, maybe. After that, you should be dating this guy.

What’s good about asking him out if you know he likes you is that he’ll probably say yes.

What’s bad about asking him out is that he might be a traditionalist and want to be the one doing the asking first. To be safe, wait a little while after you both know that you like each other to see if he’ll ask you out.

Before you tell him you like him, prepare yourself for rejection (more here). He might not share your feelings. If he does reject you, be kind to him. After all, he didn’t do anything wrong. You can’t make someone like you. The attraction for another person either is there or it isn’t. If he isn’t attracted to you, it will hurt, but don’t lash out at him or call him nasty names. That won’t get him to like you, and it will just make you look bad.

Look for signs that he’s attracted to you before you tell him you like him.

What’s good about preparing for rejection is that you will know how to take the news of him not liking you back gracefully. And when you handle the rejection well, he might introduce you to a friend of his. If not, at least you now know his feelings and no longer have to keep hoping.

What’s bad about preparing for rejection is that in your mind you might have given up before even trying. You might sabotage yourself by not looking your best or by not being confident when you tell him you like him.

If you like someone, what you don’t want to do is drive by his house to see what he’s doing or stalk him on social media. Those behaviors are creepy, and few guys will find that attractive. If you had a chance of him liking you, you will probably blow it if you engage in creepy, stalking behavior. There’s nothing good about being creepy or stalking someone. Just don’t do it, especially if he’s already told you he doesn’t like you.

Telling someone you like them might lead to rejection, but not taking that first step will never result in a positive outcome. So don’t be afraid to take that plunge.