How to Be a Bitch and 4 Times You Have To

There’s an old saying about how you get more flies with honey than vinegar. In short, it means that you get what you want by being kind rather than by being mean or even domineering. To most people, being a bitch isn’t a good thing. And you certainly don’t want to be one in situations where it’s not warranted. But some situations do warrant being a bitch because you’re not going be treated well by someone who is ignoring, harassing or even stalking you by being nice to them. 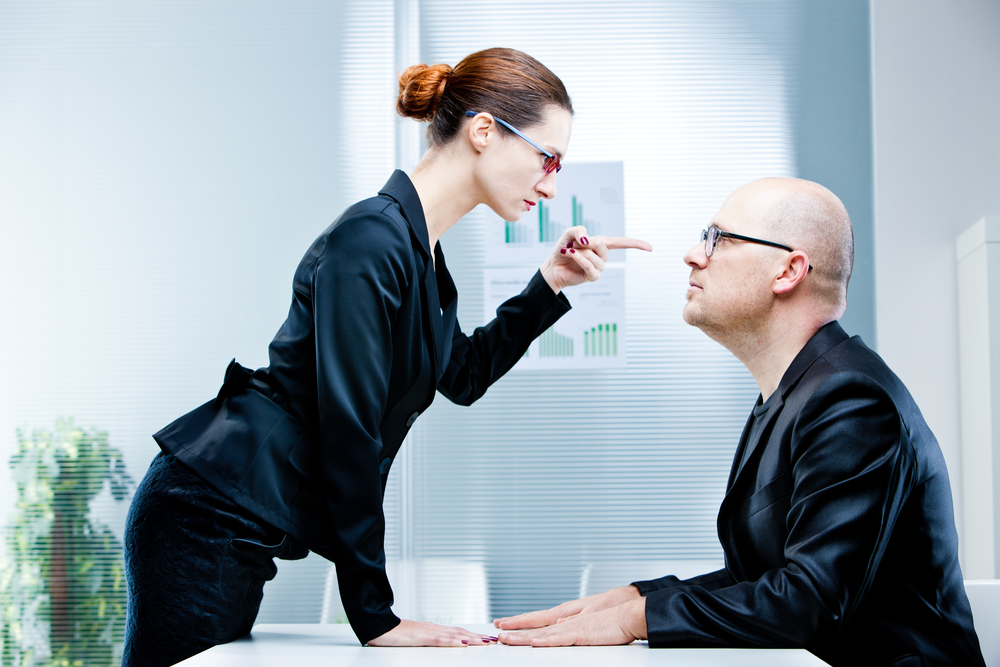 1. When He Won’t Stop Hitting On You

We’ve all been there, ladies. You’re in a bar sipping your drink after a hard day at work. You’re at a party waiting for your friends or even your man. And some guy comes up. You’ve obviously caught his eye. He offers to buy you a drink. You might accept to be polite, or you may try to shoo him away. But he’s just not getting the hint. You may think you should be flattered, or that you shouldn’t be rude.

But you know what? You don’t owe him anything. You’re not interested. You’re busy, or you just want to be left alone, and you deserve your peace. So it’s time to to get bitchy because that’s the only thing that will get through. Here’s how.

2. When He Won’t Accept Your Breakup

You’ve realized he’s not the one. You might care about him, but you’ve got to part ways for your life to advance. So you break up with him. You might try to be gentle, but he’s not getting the picture. Either he doesn’t take your breakup seriously or thinks you’re “meant to be” when you’ve clearly seen otherwise.

It’s hard for a lot of women to be a bitch during a breakup. After all, even the Bad Girls Bible guide to breaking up with a guy says not to be harsh, but sometimes you have to be a bitch. Here’s what you do.

3. When He’s Treating You Poorly

We generally don’t recommend being a bitch just because your relationship is rocky. It’s better to seek counseling to fix your issues, take a break to determine whether the relationship is worth salvaging or simply breaking up once you realize it’s time. More on that here. But if you’re dealing with someone who isn’t treating you well, whether it’s your man, a friend or family member or a coworker, you might have to be a bitch.

These tactics will differ because you might still have to show up to the next family dinner or work tomorrow morning, so you don’t want to be a bitch to the point that you can’t come back from it. You should also recognize that people might accuse you of being a bitch just because you’re standing up for yourself. We live in a misogynistic society that often puts down assertive women, but you have a right to be treated like a human being.

If you’re looking into how to be a bitch in these situations, start gently. For instance, you can treat someone the way they treat you. You can simply point out that they’re being unfair or unkind. The key is to be rational, not emotional so that people will take you seriously. You can also pointedly ask how this person would act if you behaved toward them the way they do to you, or how they would feel if someone behaved like that toward their daughter or wife if their treatment of you is particularly sexist.

4. When You Want Your Way

We can’t always be lucky and get what we want.  Sometimes you have to fight for what you want because if you don’t speak up for yourself, no one will. This might mean you need to learn how to be a bitch to get what you want regarding your relationship. Again, this might not mean being bitchy, but your behavior might be perceived as bitchy because society teaches women to be more submissive (and not in the sexual way!).

So here’s a few things that others might consider you being a bitch:

A Warning About Being a Bitch

“Bitch” is one of the most common insults toward women, even when they’re not actually being all that bitchy. Being a bitch can quickly tarnish your reputation. Don’t be a bitch if you can’t handle that. On the other hand, you’re the only one who knows how hard and how long you’ve tried to avoid being bitchy.

And when you do become more assertive, it can make people angry, especially men who are immature and entitled. If you reject their advances and attention or break up with them, they might respond with threats, assault, stalking or worse. In situations like this, try make sure you’re around other people. Enlist a friend to accompany you when you know you’ll need to be a bitch, or avoid doing it in person.

When you’ve tried everything else, sometimes the only option you have left is to be a bitch. It can certainly be effective, but some people just can’t pull it off well.