HOW TO HANDLE BEING IN LOVE WITH 2 PEOPLE WITH NO BROKEN HEARTS!

Some people can be in love with more than one person at the same time. That situation could be perfect for the person in love, but it can be tough for the two individuals that person is in love with. 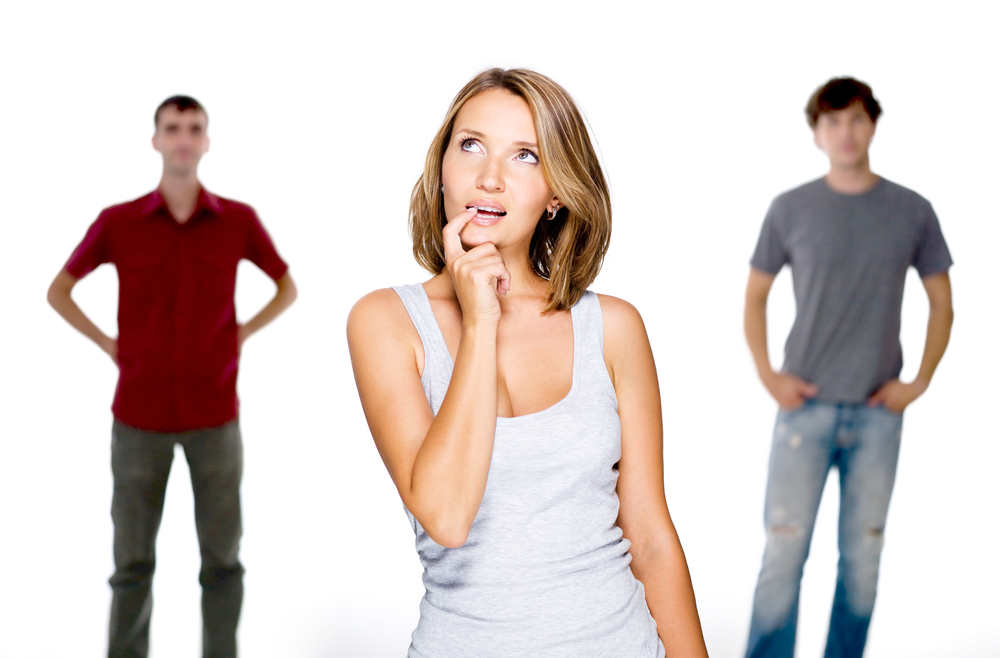 A song popular in the mid-1970s, “Torn Between Two Lovers,” is about being in love with two people:

Lovin’ both of you is breakin’ all the rules

It might seem like a great situation, but you also might need to choose, and that could be difficult to do. How do you know which one to pick? When you have to make a choice between two positives, the decision can be especially hard. But don’t sneak around. That is not sustainable, it will just cause hard feelings, and it probably won’t bring you happiness in the end.

This post will discuss the reasons some people can be in love with two people at once and what you can do if you’re in love with more than one person and need help figuring out what to do.

THE REASONS PEOPLE CAN BE IN LOVE WITH TWO PEOPLE

There are problems with being a narcissist, however. Narcissists have a sense of entitlement and often lack empathy for others. Narcissists don’t care whether they’re hurting the feelings of others or not. They don’t even consider how difficult it must be for guys to imagine the person they love being with someone else.

But here’s the thing: Narcissists often suffer from low self-esteem. Having two guys who love them helps narcissists feel more secure than simply having one. If you’re in a relationship with two guys because you like it but you give no consideration to their feelings, they’ll probably break it off with you eventually. Being in love with two people because you’re displaying narcissism will probably bring happiness to no one in the end.

It’s quite common to be caught up in a love triangle – more on that here. And it makes sense that you can be in love with two people at once. You can love both chocolate and vanilla ice cream, after all. They’re both different, yet both are good. So you can fall in love with two incredible guys who complement different aspects of your personality. As long as you’re open and honest with both guys about what you’re doing, have some fun. No one says you need to decide right away about choosing just one.

LOVE FOR ONE AND LUST FOR THE OTHER

You might be in love with your man, but you also might not be crazy attracted to him anymore (or maybe you never really were). And then this other guy comes into your life that you are crazy attracted to. When people are in love with two people at the same time, they are often in different stages of love. One love relationship might be in the more mature stage that develops after years of being with one person, and the other love relationship could be at the new and exciting infatuation stage. This is what often happens when people have affairs. Read more about that.

Ask yourself if you really love each guy. If you’re not sure what love feels like, click here.

STRATEGIES FOR WHEN YOU’RE IN LOVE WITH TWO PEOPLE

Or at least minimize contact with one person to wean yourself away. You would do this if you truly cannot devote yourself to being in love with two people at once. Many people can’t do this, and then both relationships suffer. They could find themselves with no one if they try to sustain two relationships.

Many people expect monogamy, and this could very well be true with the men you’re with. If that’s the case, you will need to cut off contact with one of them. You might even need to cut off contact with both of them. This will give you some space so that you can gain perspective on the situation. Taking a break might help you figure out if you really only want one of them.

Once you’ve listed all the pros and all the cons you can think of for both guys, it will be easier for you to analyze logically which guy will probably be better for you overall. If, after all, the analysis happens, and you still can’t decide on one, go with your gut feeling, with your intuition. For example, when you’re with one guy, you might just feel right, and when you’re with the other guy, you might feel as if you’re cheating. Your intuition is at work here. The first guy, in this case, would likely be the better choice.

You’ll probably wonder whether you made the right decision no matter what, but stick with the decision you made. If you continually pine about the other guy, you might be left with no one. If you had to choose one guy and you did, focus on the one you chose and work to make the relationship great. Don’t feel as if you have to make the decision right away. Relax, and wait to make sure you’re clear on the right choice for you.

TRY TO JUGGLE BOTH

Some people have no problem juggling two love interests and can successfully be in love with two people at once. It’s not as if you have a limit on how much love you can give and receive. Parents love multiple children all the same, and some people can also do this with romantic relationships.

When you do love two people, you need to decide whether you’ll tell both of them what you’re doing, tell one of them, or tell neither of them. If you don’t tell both guys what you’re doing, however, you’re then deceiving them. You will be living your life sneaking around and telling lie after lie. And that’s no way to live. It’s best to be honest with the guys you’re dating. They might be fine with the arrangement, and then you won’t live your life full of stress and worry about someone finding out.

Here are some ground rules on how to have an open relationship and juggle two guys at once:

Much of the tips for an open marriage may apply to your situation.

Being in love with two people (or more) is not the end of the world. The situation can work if everyone is on the same page. But it can be tricky to make this last without hurting someone.

Being in love with two people may seem fun at first, but after a while, it may become a drag. Being in a loving, committed relationship takes a lot of energy, time, and devotion. It can be difficult to devote the necessary time to one person, let alone two. Plus, people naturally tend to choose a favorite; they prefer being with one person over another.

Being with two people usually doesn’t end with everyone being happy. If you need to decide on one, it can be difficult, as both guys are probably great. Otherwise, you wouldn’t have fallen in love with both of them. We hope we’ve helped you sort all this out so that you can have the best type of relationship for you.