HOW TO KNOW IF YOU’RE GAY, BISEXUAL OR STRAIGHT

Although we live in a world that’s making more progress toward equality and safety of the LGBT community, coming out is still difficult. It’s especially hard if you come from a strict and religious background. You may not even have considered that you’re gay or may have actively ignored signs you might be gay because it was too difficult to admit to yourself or others. This article is all about how to know if you’re gay, but it might not matter as much as you think! 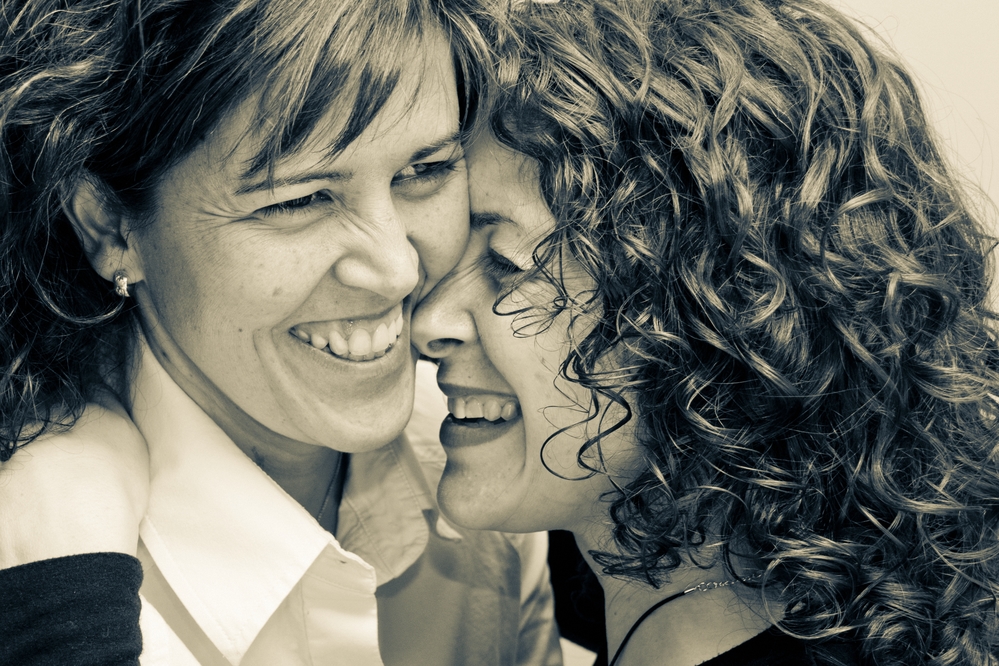 If you’re unsure how to know if you’re gay, look for these signs.

Of course, attraction to women is all that’s really needed to “be gay.” Not all of these signs you’re gay might apply to you personally just like a guy might not be gay even if he does some of the things in this list.

IF YOU THINK YOU’RE GAY

You might want to hold off on shouting it from the rooftop if you think you’re gay. Even if you’re sure, there could be negative repercussions. You might not be gay, either. For some transgender people, they first suspect they’re gay but later realize their identity crisis is about gender identity and not about sexual orientation at all.

Some signs you’re gay could also point to the fact that you’re simply not sexual. Asexual women wouldn’t find themselves attracted to men, which is what is expected of most women. But this doesn’t make them gay. They’re simply not interested in a sexual relationship with anyone, even if they want romantic companionship.

When it comes to learning how to know if you’re gay, you’re the only person who can make the ultimate call. It isn’t up to some checklist in a blog post or Buzzfeed quiz to determine your sexuality.

If you do think you’re gay, consider doing the following:

You do not have to begin dating or sleeping with women; although, you may eventually want to. You don’t need a certain amount of – or any – experience to be gay. You just are.

Don’t get us wrong. For plenty of people, being gay or lesbian is an essential part of their identity. If that’s you, this section might not be helpful. It may even go against your core values. However, society is moving in a direction where labels sometimes don’t matter.

For example, some people can sleep with or engage in relationships with members of the same sex. Outsiders might look at this as say “You could be a lesbian!” But these people still consider themselves straight, especially if that was just a phase, such as in your teens or early twenties.

Being attracted to women doesn’t necessarily mean you’re gay, either. Sexual attraction is a scale. In fact, there’s a name for this: the Kinsey Scale [1]. On one end is heterosexuality, homosexuality on the other. In the middle, we have bisexuality, where you’re attracted to men and women. Dr. Alfred Kinsey devised this scale in the 1940s after doing some of the first public research into sexuality. Many people fall in between. For example, if you’re bi-curious, which could lead to some experimentation, you might ultimately find yourself attracted more to men and never develop an emotional relationship with a woman.

It has been suggested that women have more fluid sexualities than men and that more of them are bisexual than we realize. The Kinsey Reports revealed that more women were bisexual than was previously thought – 11% of unmarried women between the ages of 20 and 35 [2].

The Kinsey Reports also indicated that sexuality was more fluid than previously believed, which means that your sexuality can change throughout your lifetime. You might be bisexual and find yourself more attracted to women now, but the pendulum could swing to the other side at a later point in your life. The newer Klein Sexual Orientation Grid provides a way for you to examine your past, present, and ideal sexual attraction [3].

There are sexual orientations that neither of these scales fully realizes, and you might find these better fitting than “gay.” For instance, pansexual means you’re attracted to people of every gender, outside the gender binary and transgender individuals rather than merely men or women.

Regardless, you don’t need to get too caught up in labels, especially if you’re just now coming to the realization that you might be gay. You might find that coming out to yourself lifts a weight from your shoulders and allows you to be more accepting of yourself, but now may not be the time to tell others. While others find labels and community welcoming and reassuring, this might not be the case for you.

Some people prefer no labels at all: they just love whom they love. You may be gay, bisexual, bi-curious or just open-minded. You may be too busy enjoying life or having sex to consider “what” you are. No matter what, it is important that you allow yourself to live in an authentic manner and enjoy sex, no matter who you desire to have sex with!