HOW TO START A CONVERSATION WITH A GUY: 9 SUREFIRE WAYS!

You might have caught his attention, but if he doesn’t come over and start talking to you, you’ll need to strike up a conversation with him. If you never get up the nerve to talk to that guy you like, then nothing will happen. But if you come on too strong, you might scare him off. 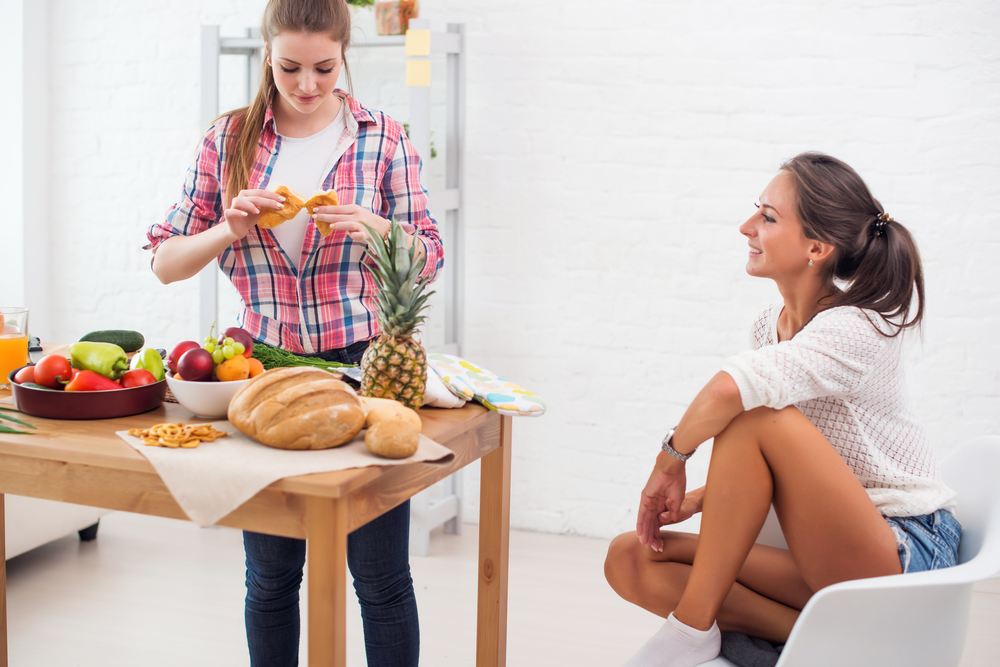 The right balance you want to achieve after initiating a conversation is to let him feel as if you like him but not too much. You don’t want him to think that you’re more interested in him than he is in you, which is exactly why playing hard to get works. So learning how to start a conversation with a guy is vital.

One trick to starting a conversation is to say something the other person will want to hear. That way, it’s more likely for him to want to continue talking with you.

Here are nine different ways to start a conversation with a guy, and why each one works:

You could also ask him whether you’ve met before. Tell him he looks familiar but that you can’t quite place him. Whether you really recognize him or not isn’t the point. And whether he believes you is not important, either. Since you brought up the topic, he now can play along. He can ask what school you go to, where you hang out, or other types of questions to figure out how he might know you. And this is having a conversation, which can lead to your both hanging out together sometime.

BUMP INTO HIM ON ACCIDENT

Bumping into him is sort of a cliché to start a conversation with a guy, but it often works. Walk toward the guy you like, preferably while carrying something, such as packages, and bump into him, making it seem as if this was an accident. You tell him you’re sorry, he helps you pick up what you dropped, and you’ve started talking.

NOTICE SOMETHING ABOUT HIM

Saying something about the guy you’re interested in is a great way to start a conversation because he can talk about himself. If you like something he’s wearing, let him know. He can tell you where he got it. If he has a dog with him, ask whether you can pet the dog. You can then ask all sorts of questions about the dog, such as what kind of dog it is, the name, and the age.

It’s risky, however, to compliment a physical feature of his. Telling him he has beautiful eyes might come off as being a bit creepy since he’s a total stranger. The exception is if you know of him and just haven’t spoken with him before. Then, if he has a new hairstyle, for example, you could compliment him on that.

ASK FOR HIS OPINION

Asking for his opinion is a way to start a more engaging conversation. If you’re out where music is playing, you can ask whether he likes the song. You can then start talking about the types of music he likes, and you can tell him what you listen to. Or if you’re out shopping, you can hold up two items and ask him which he’d buy. He can then let you know the reason he picked what he did, and you’ve started a conversation! Perhaps he’s more of an impulse decision maker, and this question will highlight that.

If you’re really bold, you can bring up a big news event and ask him what he thinks about it. This could get political, depending on the event, so if you can’t have a pleasant conversation without getting into a heated debate, better not use this one, but it can be a great conversation starter if you handle it right. Just don’t ask a political or contentious question in the wrong way.

ASK FOR HELP OR ADVICE ON SOMETHING

Men love to feel useful or to feel as if they’ve saved the day. So if you ask him for help or advice on something, you will have made him feel good. And when a guy feels good, he’s usually open to having a conversation, which makes this a great way to start a conversation.

If you’re in the grocery store, for example, and you can’t reach an item, you can ask him to help you get it. Or if you’re on the street carrying heavy bags, you can ask whether he could hold one a minute while you get better situated. If you’re holding a water bottle, ask whether he can open it for you. Flash him your best smile after he does something for you or gives you advice, and he’ll probably stay around for a while. You can also compliment how helpful he is.

Asking how to get to a certain place or a certain intersection is a natural way to start a conversation. If he happens to be going in the same direction, he might even start walking with you. This sets up the perfect opportunity to get into a great discussion.

If you’re out somewhere, ask the guy you’re interested in what time the place closes. It doesn’t matter whether you know the answer; you’re asking this to start a conversation. He’ll be happy to be helpful. Remember, men like to feel useful.

ASK WHETHER HE’S GETTING CELL SERVICE

If you’re at a restaurant or bar, it’s likely you could be in a dead zone. If the guy next to you has his phone out, paying more attention to it than to you, ask whether he’s getting service. Let him know that your texts aren’t going through, even if they are. Once he takes his eyes off the screen and looks at you, you might enter into a nice talk with him. If you’re at a restaurant, you can ask him what’s good to eat there. Or you can ask him what he’s drinking.

There are tons of questions to introduce herself to his world and fill the silence. Check out this list for questions you can ask someone you’ve just met. These questions are more serious if you know him better.

If you’re both in the same place, you can comment on what’s going on around you. If you’re both in line, for example, you can mention how much you like the place you’re at. Note that it’s better to say something positive than to say something negative, such as complaining about how long it’s taking to get through the line. Remember that earlier we said that you should say something that he’ll want to hear. Complaining is risky. Or if you’re in a lecture class, you can comment on something the speaker said. He’ll probably have a response, and the conversation has begun.

Knowing how to start a conversation with a guy is vital if you want to take control of your dating life. Although we can’t write a script for your entire conversation for every situation, we hope we’ve inspired you to get the courage up to approach that guy you like.

Keep in mind that what you say isn’t too important when you’re learning how to start a conversation with a guy. You don’t have to say the perfect thing. This is just small talk so that you can meet this guy. If you overthink what you’re going to say, you might become so self-conscious that you won’t say anything at all. What’s important is to say something. Having a positive attitude also helps.