HOW TO TELL IF A GUY LIKES YOU: 16 SIGNS VITAL TO LOOK FOR!

If you’re not watching out for the signs, maybe because you’re looking at your phone too much, you might miss out on when a guy likes you. When he likes you, there are lots of telltale signs, but you have to know what to look for and actually be aware of what’s going on around you. 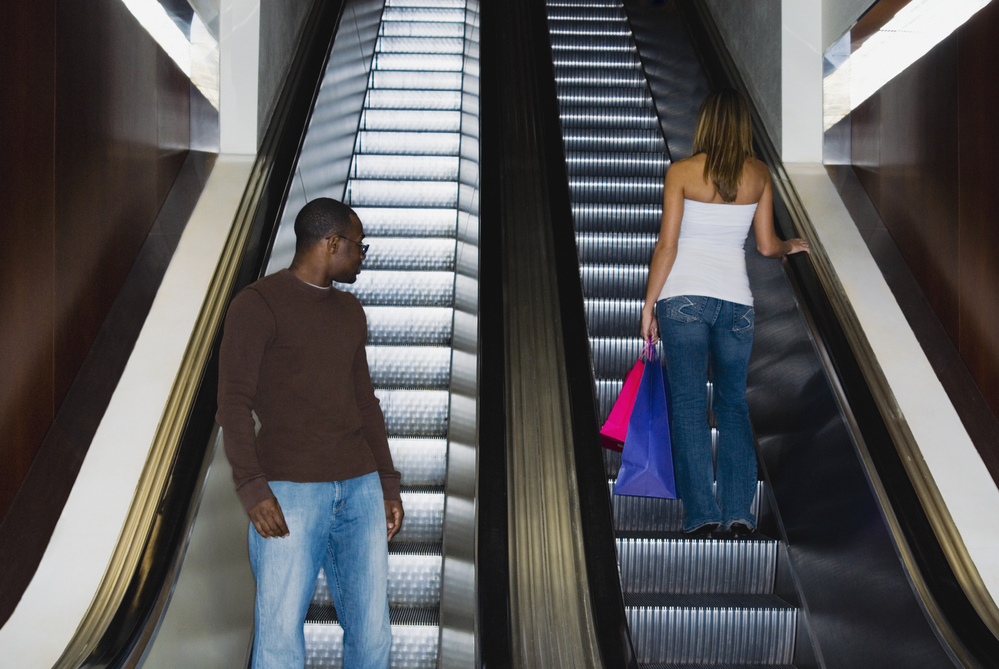 Here are the 16 different signs on how to tell if a guy likes you:

1. YOU CATCH HIM LOOKING AT YOU

If you see a guy looking at you from across the room, he’s interested in you. This is one way of how to tell if he likes you. If you look back, he may even come over and start a conversation with you. He might not know yet whether he likes you, but it’s safe to say that he likes the way you look, which is a start.

When he’s talking with you, he might look into your eyes a bit longer than a casual friend would…another good sign that he likes you.

2. HE PAYS YOU A LOT OF ATTENTION

But small talk is how guys start. If he sticks around past the small talk to really get to know you, he likes you. Once you’re that far, try using these 11 seduction techniques to win him over.

3. HE IS LOOKING FOR THINGS YOU HAVE IN COMMON

When having a conversation with a guy, a pretty good sign he likes you is if he says he likes the same things you do. Whether it’s a certain movie, music or whatever, he’s trying to form a bond with you. He’s seeing whether the two of you will get along and have plenty of things to do together.

It’s not a perfect sign, but it’s a pretty good one.

It’s also important to have things in common if you want relationship compatibility. Discover the 5 things you need for compatibility in this article.

4. HE TRIES TO MAKE YOU LAUGH

It’s not always easy to be truly funny, so when a guy puts out the effort to be funny or witty, he’s trying to impress you. He knows that girls always say they like guys to have a sense of humor, and he’s trying to win you over, making this a great way to tell if he likes you.

5. HE LAUGHS AT YOUR JOKES

People who have researched humor in dating found that guys like girls who laugh at their jokes. So guys are likely to think that if they laugh at your jokes, you’ll like them too.

6. HE SEEMS JEALOUS WHEN YOU TALK TO OTHER GUYS

When he sees you talking with another guy, and you can tell he’s not happy about it, he likes you. A sign he might give that displays he’s jealous is a sourpuss face. He might try to listen to what you and the other guy are talking about. He might even come up and claim you in some way by taking your hand or being aggressive with the other guy.

7. HE LEANS TOWARD YOU WHEN TALKING WITH YOU

When a guy who likes you is talking with you, he going to devote his attention to you and lean in to be closer to you. Contrast this with the guy who is uninterested and is leaning back and scanning the room.

When he initiates contact, it’s a major sign and it’s pretty flattering too. If you like him too, you probably are thrilled that he contacts you often and maybe even wants to see you all the time.

A healthy dose of contacting you and seeing you when he says he will is a sign that he likes you. But when he starts to monopolize all your time, it might be a turn off for you. Learn how to deal with a clingy boyfriend in this post.

Sometimes a guy is as nervous as you are. Don’t wait for him when you can try these 11 ways to start the conversation now!

9. HE IS CONSCIENTIOUS ABOUT GETTING BACK WITH YOU

If he doesn’t return your text right away or if he’s late for a date and doesn’t say anything about it, that’s a sign he doesn’t like you all that much.

But stuff happens…There are legitimate reasons why he couldn’t text you back or why he was running late. If he is sincerely apologetic and you know he’s being real, forgive him. He probably does like you. Otherwise, he wouldn’t bother explaining himself.

Let’s say you told a guy that you had a job interview the next day. If he likes you, he’ll ask you about it the next time you talk. This shows that he thinks about what is going on in your life and cares enough to ask you about it. If he didn’t like you all that much, he probably even forgot you had something important going on, and he won’t ask.

It doesn’t mean there’s no hope, however. Did you know there are ways to get your crush to like you? Find out how!

Got a big move coming up? Do you need to study for a big test? Need help figuring out what’s wrong with your car or whether you should get a new one? A guy who likes you jumps at the chance to help. Most of those chores aren’t too exciting for people to want to do, so if a guy can’t wait to help out, it’s a safe bet that he likes you.

12. HE TRIES TO HANG OUT WITH YOU ALONE

If your guy plans a date for just the two of you to be alone together, he’s into you. A guy who doesn’t like you all that much usually wants to go out in a group so he’ll have distractions. And a guy who isn’t that into you won’t ask you out in advance or very far in advance because he doesn’t care all that much if you’re already busy.

But a guy who likes you will plan a romantic, alone-time date. But if you want to blow him away with a great date, then try one of these 17 romantic date night ideas.

13. HE STAYS AROUND YOU AT A PARTY

A guy who isn’t into you still might ask you to go with him to a friend’s party. But when you get there, he is likely to leave you to your own devices as he talks with his friends. But if he likes you, he will most likely stick pretty close to you. He’ll introduce you to people and act as if he’s proud to be with you.

14. HE ISN’T THRILLED WHEN YOU START DATING SOMEONE

You might like a guy but think your relationship is destined for friendship. He may always says he that he just wants to be friends, even though the two of you seem so right for each other. Well, if you start to believe this relationship is truly just a friendship one and start dating someone else, see what his reaction is.

When a guy confides in you, he’s trying to connect with you on a deep level. This opens the door to developing a relationship. Guys typically only confide in girls they like. However, confiding in you doesn’t always mean he wants a relationship with you. You might still be in the friend zone when this happens. Take his confiding in you as a sign that this could lead to something romantic.

16. HE STRAIGHT UP SAYS HE LIKES YOU

If you’re being particularly obtuse and thickheaded and just can’t tell a certain guy likes you even after he’s displayed multiple signs, he might just come right out and tell you he likes you. Be careful with this one though. Some guys might say that just to hook up for the night.

If that’s what you want too, then great. Read our tips for fantastic casual sex.

But if you want something more long-lasting, see where the relationship goes first and if he really likes you or whether he just likes the idea of going to bed with you. Look for signs of sexual attraction if you want to sleep with him.

And just as important as knowing the signs of when a guy likes you is knowing when he doesn’t like you. If you wonder, “Does he like me?” here are four ways to tell:

1. HE TREATS YOU ONLY AS A FRIEND

If you’ve been texting and communicating for a while now but he never asks you out on a date, he probably doesn’t like you in that way. However, he could just be shy. Discover how to tell if a shy guy likes you with ease.

2. HE SEEMS HAPPY IN HIS CURRENT RELATIONSHIP

If he’s with someone and happy, or if he talks about his ex all the time, he’s not that into you. His might be hanging out with you, but his heart is probably with her. Or there are at least some unresolved issues he has with this other person. Either way, he can’t devote himself to you at this point, so it’s probably best not to waste your time with this guy.

If a guy is into you, he’ll want to touch you. Women do it all the time when flirting, too (Read 15 flirting tips to make him obsessed)! He’ll show you affection, compliment you and make you feel hot and sexy. If he doesn’t do those things and hardly touches you at all, he probably doesn’t like you all that much.

Don’t forget to read the 13 signs a guy is absolutely flirting with you!

4. HE STRAIGHT UP TELLS YOU

No one but a real jerk will just say he doesn’t like you. But there are code words that mean the same thing. So if you wonder, “Does he like me?” look for the biggest sign, which is probably that he says he “isn’t ready for a relationship right now.” Ugh. Don’t keep going out with this guy.

Think about it: if you really liked a guy and wanted to be with him, would you say those words to him? No, but you might say them to a guy whom you don’t mind hanging with if no one else is around, but that you don’t like romantically. It’s the same with guys.

Related: How to get over a crush and on with your life.

All men are different, so these rules don’t apply to every man in all cases. But they are general rules that can give you a good place to start. When wondering how to tell if a guy likes you, once you know the signs of both when a guy likes you and when he doesn’t, it’ll make the often-confusing world of dating go somewhat smoother.