How to Trust Again After An Affair – The 4 Steps

Sometimes in a relationship, trust in your man can be shattered. This can happen for various reasons. Cheating is probably the most common cause when trust is broken in a relationship. But trust can also be broken in other ways, such as if your man spends money meant for bills on himself or if he uses drugs without you knowing about it. All deceptions need to stop if you plan to have a healthy and loving relationship and to rebuild trust. Honesty is the basis for any meaningful relationship and is necessary for rebuilding trust. 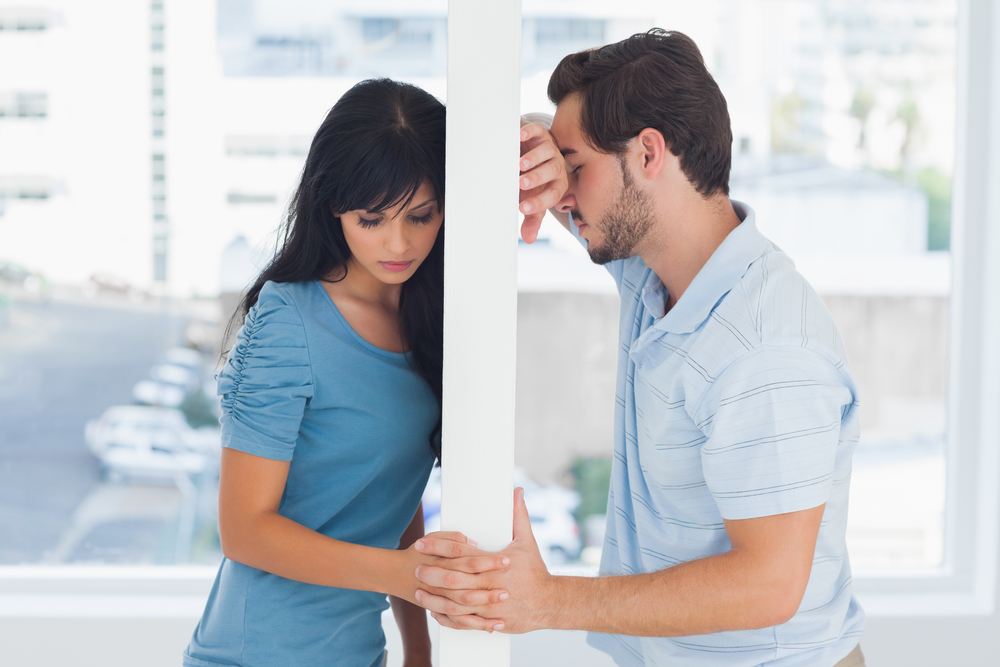 There are a number of ways that you can learn how to trust again after having that trust betrayed. Here are a few examples of how to rebuild trust:

1. Give Him a Chance

It’s great to give him a second chance, but only do so if he acknowledges what he did and lets you know that whatever he did to break your trust stops. Otherwise, nothing will change. If you decide to give him another chance, here’s how to trust again:

2. Work Together to Prevent Him from Repeating His Mistake

Part of getting over what happened in your relationship and to learn how to trust again is to recognize your role. Of course, you are not to blame for the actions of another, but at the same time, you might have played a role in your man feeling a need to sneak around. A relationship takes two people who are giving 100 percent of themselves to make it work.

Be honest with him about how much he’s hurt you. Let him know that you’re willing to work on rebuilding trust, but it will take time for you to trust him again. You’ll probably want to take a break from him at this point. Maybe you can stay with a friend until you’re ready to deal with him and what he did.

But understand that you cannot control him. If he can’t change, and if you truly are giving everything you have, you should start evaluating whether this relationship is worth it for you.

Here are some ways in which you can work together with your man:

3. Don’t Be Passive-Aggressive About Past Problems

Don’t let your feelings simmer and go unaddressed. It’s important for you to go through your feelings. You need to give yourself time to heal. After all, he betrayed you, and you were hurt. You’ll go through many emotions, such as sadness, anger, and emptiness.

But at some point, if you want to stay in the relationship, you’ll need to believe your guy again. You’ll need to open yourself and your heart to him again.

Being passive-aggressive is a classic sign that you have not worked out your feelings. You might even be denying that you have them. You might say you’re not mad and you might act fine. But then you might do something that you know will hurt or anger your man, such as saying you’ll meet him somewhere and then not show up, preparing his steak well-done when you know he likes it rare, or shaming him in public.

If you decide to give this relationship another chance, it’s unfair for you to punish your man every single day of his life by being passive-aggressive. Being outright angry and continually bringing up the deception is just as bad. It will not progress your relationship. You might as well break up if you simply can’t forgive him and harbor that much anger toward him. If you really want to forgive him, read this post.

It’s important to remember what caused you to mistrust him in the first place to learn how to trust again. Maybe he was acting in a secretive way or not being as open with you as he normally is. If he starts to behave in the same ways he did when he was engaging in bad behavior, you can recognize the signs and talk with him to find out if it’s happening again.

Here are signs of a troubled relationship that prevent you from trusting him again:

Learning how to trust again takes work and can be incredibly painful. But if your man stops the behavior and truly wants to work things out, your efforts will have paid off.

It’s normal to not be as trusting of your man once he’s broken your trust. But, over time and with enough positive experiences, you can learn to trust again. Trusting him again might be the most important thing you can do if it means saving your relationship.