HOW YOU CAN HAVE A FUNCTIONAL (AND SEXY) D/S RELATIONSHIP 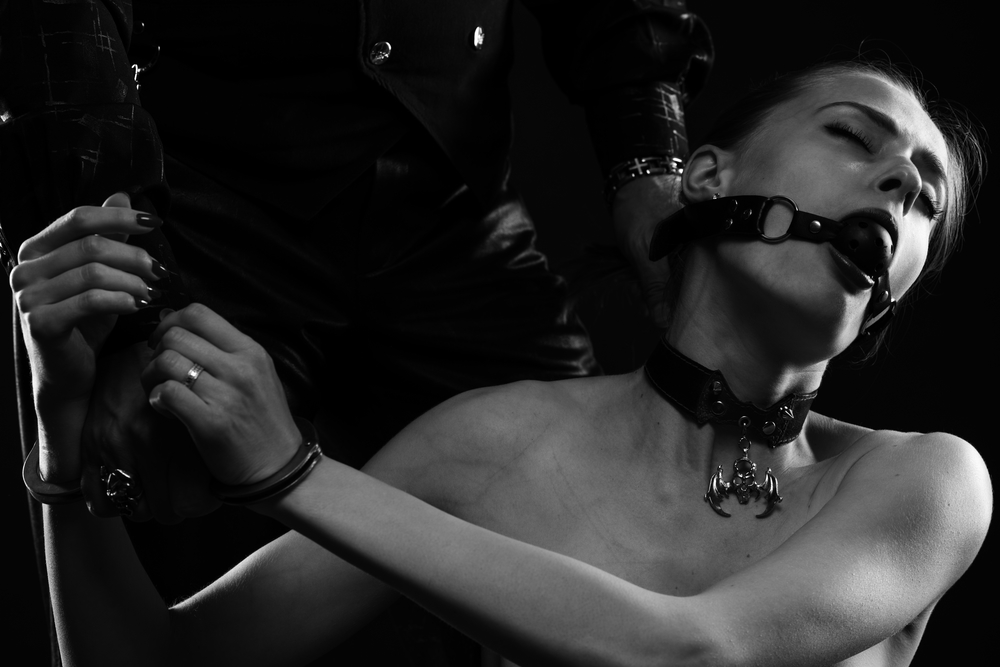 From the outside, a Dom/sub relationship might be intimidating or confusing if not abusive. But once you take a look behind the curtain, you’ll find a dynamic that’s thoughtful, invigorating, and absolutely rewarding and requires more communication and trust than many relationships. Is a D/s relationship right for you? When should you consider trying on the role of dominant (or submissive)?

You’ll find the answers to these questions and more below!

A D/s relationship is more than kinky sex (what’s this mean? Find out!) to many people. It’s an expectation for their entire relationship. It outlines interactions – sometimes every interaction. For some D/s couples, this dynamic permeates every part of their life, not just the bedroom.

The basic premise of a D/s relationship is that someone is the dominant (dom) and someone is the submissive (sub). Although, you may use different titles: Master, Mistress, Daddy, Mommy, Sir, Lord, and Lady are a few examples of the titles sometimes taken on by the dominant while submissives might be called littles, girls, boys, slaves or yet other names. A name may feel more personal or simply more fitting for your particular Dom sub relationship.

These titles may also dictate roles. For example, a Daddy and little relationship often include child-like and parental elements, but not every D/s relationship looks the same. Perhaps you want your D/s relationship to reflect traditional gender roles. Check out domestic discipline.

Similarly, many dominants are sadists, and many submissives are masochists, but that doesn’t always have to be the case. In sensual domination, pain is minimized, and the dominant focuses on providing sensation. More on that in this post.

Many people feel that the role they play in their D/s relationship is one that’s inherent to their personality. You might not just be playing a dominant, but you are one. The drive to dominate, inflict pain on, care about and protect a person come as naturally to some dominants as does attraction to the opposite sex does to others.

The same goes for submissives; although, switches are people who feel comfortable in both roles and may not identify strongly with either role.

However, in some instances, especially for submissives who desire a carnal dominant, changing a vanilla (traditional, non-D/s relationship) relationship to a D/s relationship may not be realistic or satisfying. The situation sometimes arises when a naturally submissive person couples up with someone who isn’t naturally dominant.

While attempting to play the role, the vanilla partner might wind up seeking validation and instruction from the submissive person. In turn, the submissive isn’t able to cede control to someone who is just following direction and not fully feeling the role. Keep this in mind when picking potential partners to avoid disappointment.

Related: Learn how to be Submissive or Learn How to be Dominant

We listed a few different titles above. These titles help to form your D/s dynamic. You might be turned off from D/s if you don’t find your favorite flavor. For example, you might not want to engage in whipping or wear PVC and leather.

Compare your fetishes with your partners to ensure your Dom sub relationship works for both of you.

If you’re both interested in pushing your Dom/sub relationship to its limits, then keep reading!

The most drastic form a D/s relationship might be 24/7 domination or total power exchange (TPE). People in this type of relationship often use the Master and slave titles, but this isn’t always the case.

In a TPE relationship, you’re always in your role whether you’re in public or even not feeling particularly submissive or dominant. These relationships are particularly demanding. A submissive gives complete control to their dominant, possibly to the point of requiring permission to spend money (financial domination) or go to the bathroom. On the other hand, a dominant becomes completely responsible for a submissive’s health and safety – not to mention sexual satisfaction!

Below you’ll find a few elements that are common to D/s interactions. You can choose to incorporate them as is or modify to meet your needs.

Note that these elements can be quite subtle! A D/s relationship doesn’t need to advertise itself obviously if you’re not comfortable with that!

The more you talk, the more likely your D/s relationship will provide you with what you need and want from it.

DO YOU COME OUT AS KINKY?

Sometimes people who live in D/s relationships come out to the people in their lives, including but not limited to friends, family, doctors and mental health professionals. Coming out may be a necessary part of explaining a collar, bruises incurred during bondage and discipline play or the dynamic of the relationship. However, many people choose not to come out if they can help it because D/s relationships are not always understood and accepted. These people may only be out to other people in the lifestyle or perhaps not at all.

Consider whether the person you want to come out to would be accepting of your D/s relationship. They might have hinted at liking kinky sex themselves, which makes it easier.

If you choose the wrong person, it could jeopardize your family or career. It’s important to choose the first person wisely. Pick someone who is likely to be supportive. But remember that not everyone likes kinky sex or even understands the difference between D/s and abuse (which we’ll touch on later). You might need to artfully change the subject if someone asks about your bruises.

Expect that not everyone will understand. You’ll need to exit the conversation gracefully without making a scene or having an emotional reaction. Of course, it’s understandable if you feel hurt when someone doesn’t understand or outright rejects your D/s relationship. It might feel like a personal attack (and it may actually be one if someone’s reaction is especially poor). This is why it’s important to pick the right people to come out to.

I enjoy kinky activities including bondage and impact play. The latter caused bruising on my butt.

If your doctor isn’t kink-friendly, you may be shamed for your sextracurricular activities. But it’s important because you might be at risk for certain illnesses and diseases, including Hepatitis C [2], as well as kink-related injuries. It may be important for your health to find a kink-aware doctor if your experience this.

You can find a list of kink-friendly professionals on the National Coalition for Sexual Freedom site. Pink Therapy also has a directory for people who live in the UK.

One of the tenets of a D/s relationship is consent. If both parties sign a contract, they’re consenting. In the popular movie and book 50 Shades of Grey, Christian makes signing the contract feel like an obligation, not an offer.

In real life, you choose whether a contract that works for you (or even if you want to sign a formal contract). You can alter it, too. Furthermore, the option to update the contract and thus the terms of your relationship is always there. Some D/s couples specifically outline when they’ll discuss the terms of their contract (30 days, 3 months, 1 year, etc.).

Ready to move on after sexual assault? This advice can help.

All of this harkens back to the idea of consent. Everything that happens in a D/s relationship requires consent, even if it doesn’t look like that from the outside. This is true for everything from hardcore consensual nonconsent (rape play) to the lightest of bondage. You say “Yes,” or it doesn’t happen.

For the dominant who receives consent from a submissive, receiving consent is an honor that comes with great responsibility. It’s also a reassurance that this person wants to engage in play, even the type that could be risky. If you have to coerce someone into having sex with you, being in a D/s relationship with you or signing a contract, it doesn’t really show that they’re interested in it, so why would you want to?

While D/s relationships can be healthy – some studies suggest that kinky folks experience better mental health than their vanilla counterparts [3] – a D/s relationship isn’t going to fix your problems. The only exception is if you and your partner have kinky inclinations and both want to try D/s. But if your relationship is already struggling, the additional element of D/s isn’t going to be your saving grace just like having a baby, getting married or opening up your marriage won’t save a floundering relationship.

If your relationship is experiencing troubles, work on these troubles first (read this) before even thinking about transitioning to a D/s dynamic.