As scary as it may sound, you could be in an emotionally abusive relationship and not know it. In fact, people can participate in unhealthy relationships for years without knowing it, and victims of emotional abuse will often make excuses for their abusers or take blame for the situation themselves. However, emotional abuse has long-term consequences and be just as damaging as physical abuse, so it’s good to be able to identify emotional abuse signs in your relationships or in those of your loved ones. 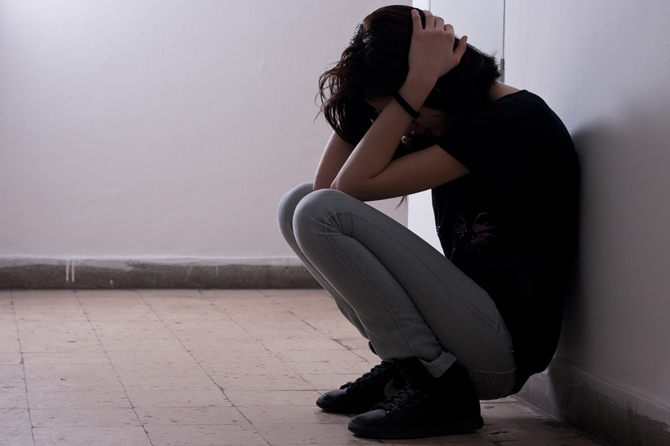 Emotional abuse isn’t just limited to romantic relationships, either. You could be on the receiving end of emotional abuse from your parents, boss or even your siblings. Although the abuse may look a bit different if it’s not coming from a romantic partner, many of these signs of emotional abuse still pertain to those situations.

1. WITHHOLDING OF EMOTIONAL OR PHYSICAL AFFECTION

Partners who refuse to give emotional or physical affection – IE sex – is never healthy in a relationship. If your partners withholds affection as a form of punishment because you’ve committed an affront, especially if it’s imagined, or as a way to convince you to do something he wants, it’s emotionally abusive.

Similar to withholding of affection is the guilt trip, in which an abusive partner will try to convince you that you would do something if you really loved or cared about him. For example, he might try to coerce you into sex because you owe it to him as his girlfriend. Or he may make the argument that you wouldn’t spend time with other people if you truly loved him. Even if his requests are unreasonable, he’ll try to pass them off completely normal.

Guilt trips can escalate into suicide threats in an abusive situation. If you’re not available to your abuser whenever he wants, he may threaten to hurt himself or worse. Of course, it’s not reasonable to expect those things, but an abuser doesn’t want his victim to know that. Another common threat is breaking off the relationship. Because abusers so frequently control the victim’s life, ending the relationship could have disastrous effects for the victim. Even when that isn’t the case, the victim may love the abuser and fight for the relationship.

As adults, we’re long past giving someone the “silent treatment” because we’re upset. In a healthy relationship, you may need to take a time to gather your thoughts and calm down after a fight, but if one party in a relationship refuses to speak to the other at all, it can be a sign of emotional abuse.

A common sign of emotional abuse is the ever-present criticism. If your partner makes you feel like you’re stupid or you can’t do anything right, you should be on the lookout for other emotional abuse signs. There’s a time and place for legitimate criticism. Perhaps the way you clean could use a little improvement. But in the case of emotional abuse, it’s difficult or nearly impossible to please your abuser, even if your abuser makes it seem like something that should be simple. This is part of the way that an emotional abuser keeps their victim in line by decreasing their self esteem.

Unfortunately, these criticisms often happen in public, around friends, family, coworkers and even strangers. An abusive partner won’t hesitate to put down their partner in social situations or make them the butt of jokes. Outsiders who aren’t aware of the emotional abuse and people who don’t wish to start a confrontation may not be allies of the victim in this situation, even if they care about the victim.

An emotional abuser can use threats of physical harm, either against you, your children or family or even a pet, to control you. Even the threat of harm is enough to make most victims fall in line and do as the abuser wants. In fact, breaking possessions can be a form of emotional abuse

Your abuser could just as likely be an accuser – accusing you of spending too much time with friends or family or working. They might also accuse you of cheating, even if there’s absolutely no proof of this or reason to suspect cheating. These accusations are often accompanied by constant calls, texts and drop ins to check up on you. This has victims second-guessing their every step, which makes them more vulnerable and easy to control.

This emotional abuse sign can take the form of flirting and other inappropriate behavior with another woman or man. It may go so far as cheating, which the abuser will often try to pin on the victim for not being good enough. In extreme cases, the victim may “allow” this behavior for that very reason. You can feel jealous without letting it take over your life, however. More in this article.

Abusers often get away with emotional abuse for far longer than anyone would have guessed. This is because they act charming and reasonable in public, keeping all the signs of their emotional abuse in private. Combined with control and isolation, it can be difficult for a victim to reach out for help.

One of the common themes when it comes to emotional abuse signs is the abuser convincing the victim that the abuse is deserved. The abuser will say things like “Look what you made me do” and “This wouldn’t have happened if only you did/didn’t do ____.” The result is a victim of emotional abuse who often feels the abuse is deserve because they are defective or unlovable. After months or even years of experiencing this type of abuse, a victim may not try to reach out at all because they have internalized the blame and abuse. Too often, a victim will make excuses for his or her abuser and refusing to leave the abusive situation.

If the majority of signs on this list apply to your relationship, then you can skip to the next section with advice on how to deal with it. However, we do want to mention that if you occasionally experience a sign of emotional abuse, it may not be time to break up. More on that here.

For example, everyone fights or argues on occasion. If you’re having a dispute over a legitimate issue, and your partner is trying to understand your side or express his own feelings in a productive way, it’s not abuse. And anyone can get snippy when they’re sick, tired, hungry or had a rough day at work. You can feel frustration even in a healthy and happy relationship, but if those times are few and far between and the two of you make every effort to come to an understanding, it’s unlikely that these are signs of an emotionally-abusive situation.

Fighting doesn’t have to be abusive either, but too much isn’t a good thing. More in this post.

WHAT TO DO WHEN YOU RECOGNIZE A SIGN OF EMOTIONAL ABUSE

The first step in dealing with emotional abuse is recognizing it, which can be scary and difficult, especially if you’ve been denying or minimizing that the signs do exist in your relationship. Emotional abuse can take tolls in many forms, including sickness, anxiety and insomnia, among other forms.

In true cases of emotional abuse, an abuser is unlikely to be receptive to someone pointing out how that behavior is abusive. Your abuser will often make a point of convincing you that the blame lies on your shoulders solely, rather than the relationship being a two-way street. Furthermore, an abuser will have convinced himself that he is above reprieve and that other people actually are to blame. Often, abuse is a result of the abuser feeling out of control in areas in his life. If your partner is frustrated at work, he may resort to emotional abuse at home.

You may suggest professional counseling or even attempt an intervention with friends and family members of your abuser. But this may be difficult if your abuser comes across as charming in public. Most professionals recommend not engaging an abuser. Don’t try to argue or reason with an emotional abuser. Instead, remain quiet and walk away when possible.

Whether your partner chooses to seek help for his behavior or not, it is important that you do seek counseling. A professional can help you sort through your feelings, rebuild your self esteem and develop a safe exit plan in addition to getting over your relationship. If you fear for your safety or think a sign of emotional abuse will escalate to physical abuse, consider contacting a local woman’s shelter for assistance leaving your relationship or home.

Although abusers will often try to convince their victims that the blame falls on their shoulders, this is never the case. If you recognize signs of emotional abuse in your relationship, know that you are not at fault, but it is imperative that you take responsibility for leaving or changing your abusive relationship.