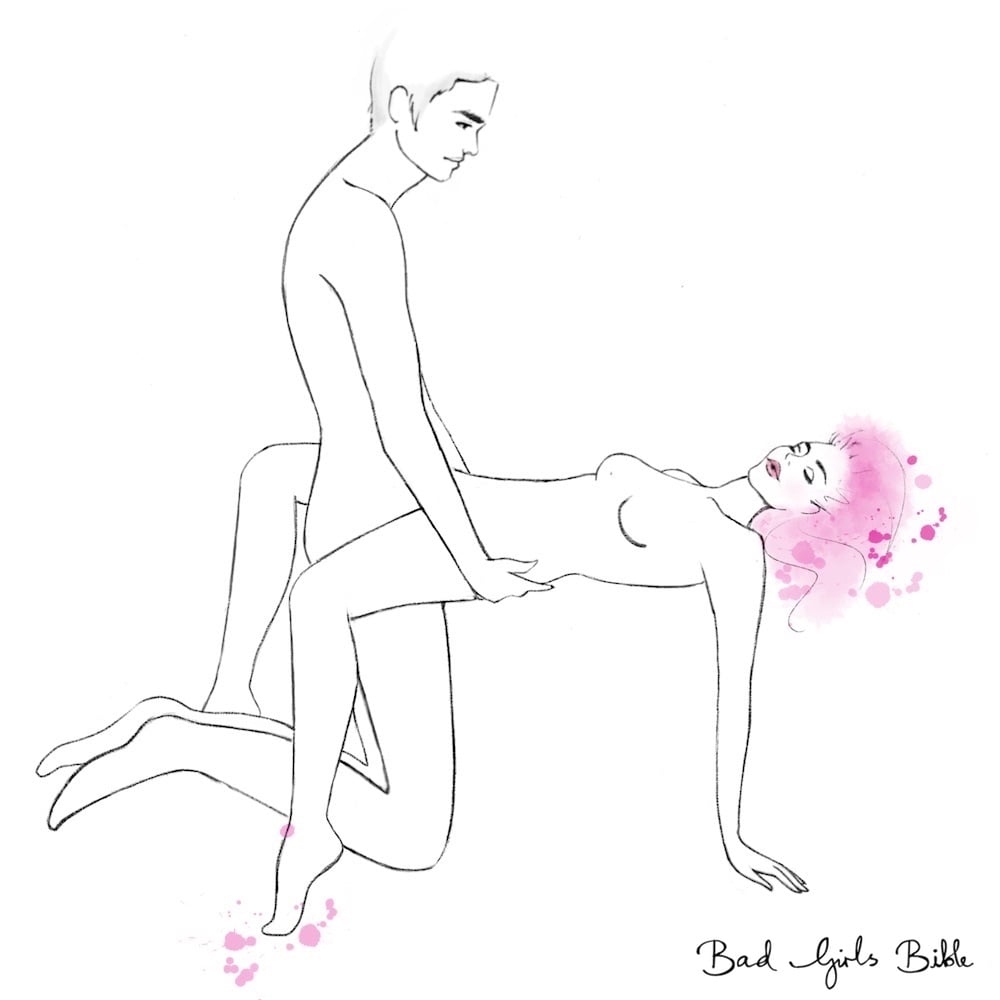 Use the arrows above to quickly find new Kama Sutra positions.

If you thought people were only writing about sex on sites (like this one!) since the advent of the Internet, you’d be wrong! The Kama Sutra, sometimes colloquially known as the Karma Sutra, is a collection of Hindu texts that are between 1800 and 2400 years old. Hindus viewed the Kama Sutra as an essential resource to learning about loving relationships and sex.

Written by a Hindu philosopher, the Kama Sutra book has since been translated into English – and many other languages. In 1883, Sir Richard Francis Burton and a team of his peers worked to translate the text. However, such a task proved difficult, and the men had to obtain copies from various libraries to finish their translation. The English translation that resulted was a comparison of four manuscripts of the Kama Sutra.

Since then, many people have learned about love and sex from the Kama Sutra. But it’s become something of an urban legend that people talk about but often misunderstand. For starters, Kama Sutra isn’t just Tantric sex, which you can read about in here. Both sexual guides have their basis in ancient India and Hinduism, but Tantra has its own sacred texts and specific rites that are not part of Kama Sutra.

Similarly, the Kama Sutra exists not solely as a guide for sex positions like many Westerners would believe. The original text by Hindu philosopher Vātsyāyana details all sorts of desires, not just those of a sexual nature. This content makes up only about 20% of the tome, which advises readers on finding and sustaining love as well as how to know when love is good or bad.

Furthermore, the Kama Sutra book contains advice to help readers be more virtuous in all aspects of life, including family life and human relationships. Of course, sexuality falls squarely into the latter group, and many modern readers seek out the Kama Sutra specifically for its sexual teachings.

CONTENTS OF THE KAMA SUTRA

The Kama Sutra is split up into seven sections, each with multiple chapters.

As you can see from this quick outline of the Kama Sutra, practitioners were sexually adventurous – kinky, you might say! – and not necessarily monogamous like many cultures are today. In some ways, the Princess Fantasy is like a modern-day Kama Sutra, providing information about different sex positions and advice to find true love and strengthen your own relationship.

It’s also easy to understand why some people might find some ideas presented in the Kama Sutra less than ideal. It might seem like it’s promoting cheating. More on that here. The Kama Sutra also focuses on the four distinct castes, which connotes classist attitudes and doesn’t apply to most Western societies. Finally, there is some misogyny inherent to the Kama Sutra, which treats a man’s wives similarly to property and may focus too much on virtue.

Of course, we live in a far different society than Vātsyāyana did. Our expectations of love, sex and relationships have changed. Perhaps this is why so many people focus exclusively on the information about sex positions in the Kama Sutra.

If you’re most interested in sex positions described in the Kama Sutra, then keep reading!

In this Kama Sutra position, the woman lies on her back, while her lover kneels in front of her. She spreads her legs to either side of his waist in a “V” shape. Because you’re both fully supported by the bed or floor, this is an easy sex Kama Sutra position to try! Your hands are free, you can stimulate your clitoris, too!

The Indrani position involves a woman on her back with her knees bent toward her chest. The man kneels over her with her legs outside of his. Her legs/ankles will slip under his armpits so that her feet rest by his back. As you can guess, this should provide deep penetration. More about that here. In some variations, the woman crossed her legs at the ankles with her knees bent toward her chest.

However, Indrani requires flexibility and can be uncomfortable for women who have rounded tummies or big breasts. If you do have such agility, you might be able to rest your feet on your man’s chest, like in the Launch Pad position. This is also similar to the Pressed position in the Kama Sutra book.

This Kama Sutra position is one of the better known. It involves you sitting in your man’s lap with your legs crossed around him while you make love. He will also cross his legs. Check out more information on Lotus position here. The main drawback is that this position requires some agility. It’s also difficult if you’re heavily pregnant or if you and/or your partner is curvier.

If you’re looking for one of the more adventurous Kama Sutra positions, this is one. In suspended congress, a man leans back against a wall. His partner’s legs are wrapped around his waist with her feet against the wall, and he supports her weight with his hands under her butt. She can control depth by moving her feet against the wall. Remove the wall, and you’ve got the Stand & Carry position.

5. CONGRESS OF A COW

The Kama Sutra even explains one sex position, in which the woman stands on hands and feet like a cow while her man enters from behind. It’s trickier than doggy style, especially if your upper body is much longer than your lower, or vice versa. Pressure from your man’s thrusting might also compromise the position, so be careful!

The tripod position is called as such because only 3 out of 4 legs are planted firmly on the ground. In this standing sex position, your man holds one of your knees near his waist. The Kama Sutra specifically says your hands remain free to roam his body! But this position will be trickier if you have a large height difference.

In this tricky position, the woman places one foot on the bed and the other on the man’s heart. This is a position for a “bold, saucy” woman, according to the writings. In some depictions, the man may hold her foot up. Obviously, this sex position requires careful balance and strong legs. It wouldn’t work well on a waterbed. 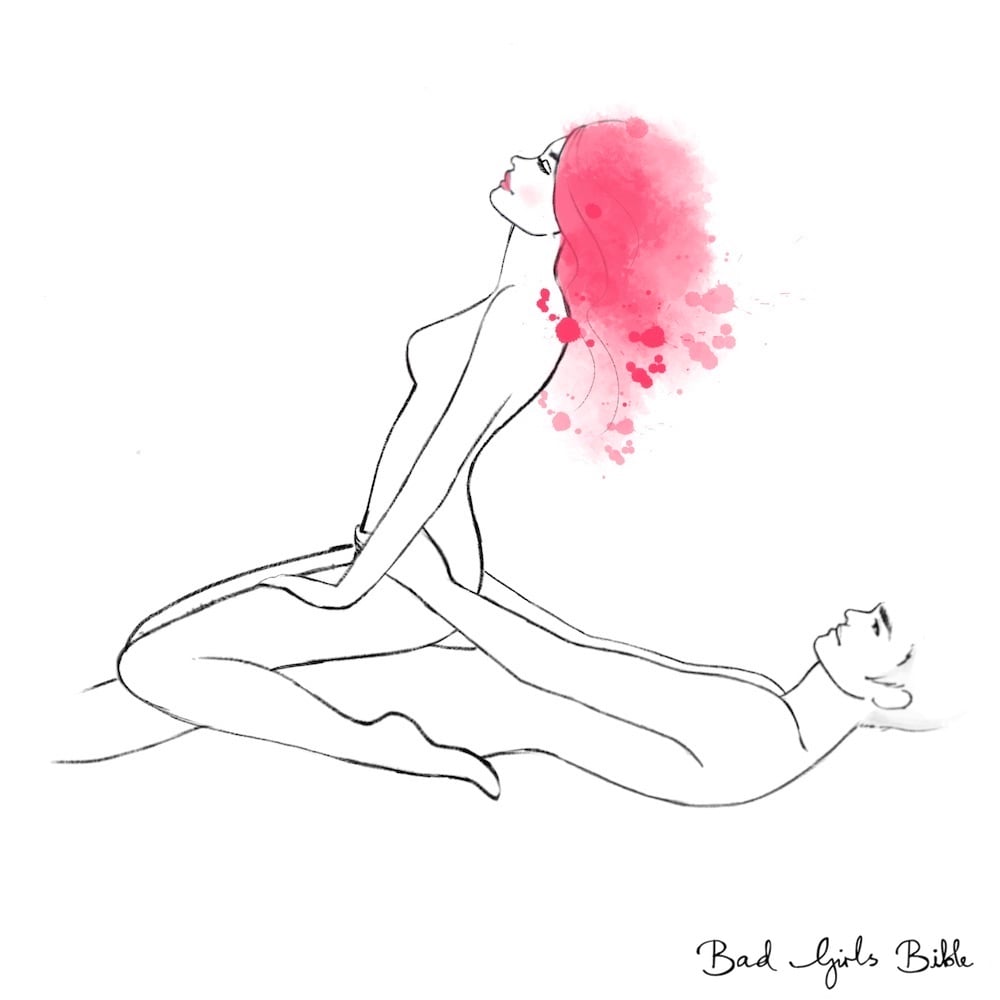 Several of these positions are more difficult because they require greater flexibility, but the Kama Sutra describes as many positions that happen in the comfort of a bed and that can be easily altered as it does positions where your man would need to support your weight or where you might worry about falling and hurting yourself. However, Vatsyayana does say that certain positions, including Indrani, can only be learned “by practice.”

If you only have time for a quickie or you’re having sex with a guy for the first time, these Kama Sutra positions might be tricky. They can be awkward or it may even be embarrassing if you’ve not able to do them. But if you’re in a relationship where you feel comfortable or don’t mind the awkwardness that can come with experimentation, positions from the Kama Sutra might be right up your alley.

While not everything contained in the Kama Sutra book may be something you’re interested in or even capable of doing, the idea that you can and should explore sexuality is a sound one. The Kama Sutra can might provide great ideas about sex positions or simply encourage you to spend more time exploring your sexuality. Many contemporary books also adopt advice from the original Kama Sutra and modernize that advice if you’re wanting to give it a try. But you know best whether Kama Sutra will work for you and your man.