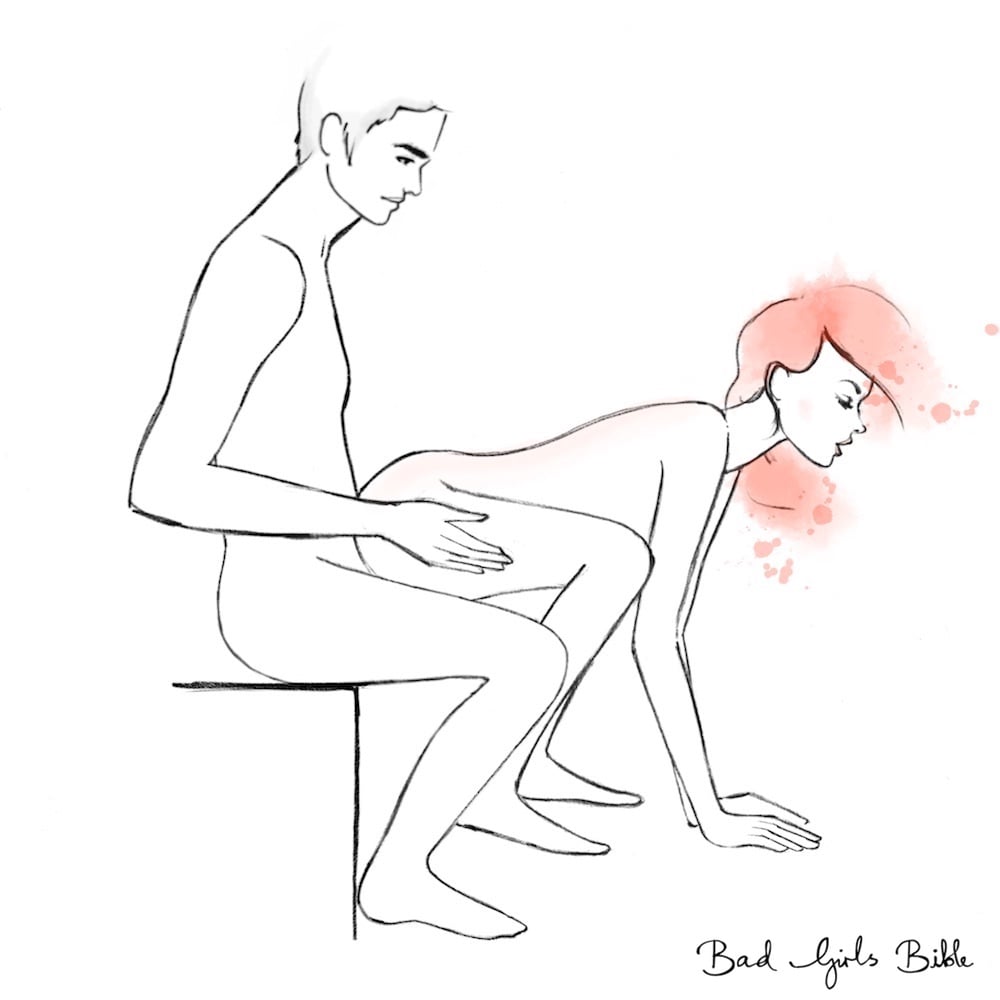 The Lazy Wheelbarrow sex position is anything but lazy! To perform it requires a good deal of effort. It’s one of the more exotic sex positions in the Bad Girls Bible.

To perform the Lazy Wheelbarrow with your man, he needs to start off by sitting down on a sofa or a chair (with no armrests) with his legs together. You then need to sit down on him with your legs together like you would in the Lap Dance or Back Seat Driver positions. You then need to lean forward, as far as possible and put your hands on the ground in front of you. Your stomach will be resting on your thighs.

WHAT THE GIRL DOES IN THE LAZY WHEELBARROW POSITION

Because you will be in an awkward position when performing the Lazy Wheelbarrow, you won’t be able to do much besides trying to keep yourself comfortable and using your arms to keep yourself up.

There are a lot of things that you and your man will be doing in the Lazy Wheelbarrow position that you may not have done before, so make sure to let your man know if he is doing anything that hurts or is uncomfortable. Talking about sex can sometimes be difficult, so our guide to sexual communicationmay help.

WHAT THE GUY DOES IN THE LAZY WHEELBARROW POSITION

When you are getting into the Lazy Wheelbarrow position, your man’s first objective is making sure you are not too uncomfortable and that he is carrying enough of your weight.

As he is sitting down, he will find it difficult to thrust into you. Instead, you will be grinding on each other. So your man needs to gently move you forward and backwards over him by holding onto your waist.

THINGS TO CONSIDER WHEN PERFORMING THE LAZY WHEELBARROW POSITION

The Lazy Wheelbarrow is a fairly exotic, ‘out there’ position. It’s not like the Missionary position that pretty much everyone already knows. Even so, a few people have tried it and have given me some interesting feedback on it:

Try more of the exotic sex positions suggested by the Bad Girls Bible.

As you can probably already guess, I am not a fan of the Lazy Wheelbarrow sex position. I find that it’s just not worth the effort for so little pleasure. But I still think you should try it at least once yourself before deciding whether or not it’s for you.