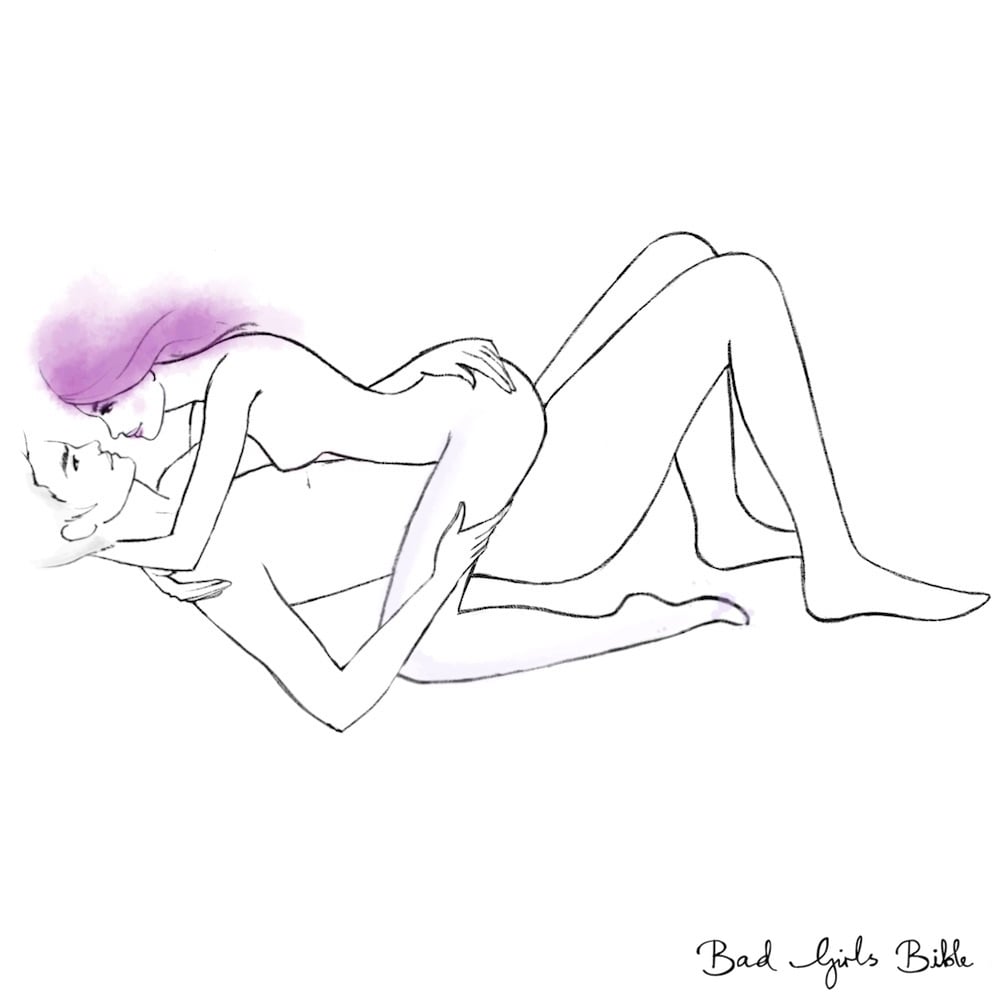 sex positions guide.To set up the Man Missionary position, your man needs to lie down on his back with his legs together. They can be straight, or he can bend them a little bit at the knee. You then need to straddle him like in the Cowgirl position with your knees on the bed, facing him. You then need to lean forward over your man and rest on your hands or elbows or just rest your entire body on his stomach and chest. You can then rock back and forth on top of your man. So it’s just like the Missionary position, but upside down.

WHAT THE GIRL DOES IN THE MAN MISSIONARY POSITION

You can be as active as you like in the Man Missionary sex position. You can let your man thrust from below while you just lie on top of him. Or you can gently grind on him. Or you can be much more active and use your hips to bounce up and down on him.

As you are leaning over your man, you will be able to kiss him and get close to him for intimacy. If you want to spice things up a little bit and take more control, then you can try grabbing his arms and pinning them over his head, which is quite dominant. Transferring from the regular Cowgirlposition to the Man Missionary is easy. All you have to do is just lean forward over your man.

To get more clitoral stimulation, try pulling your crotch towards your upper body like you are performing a crunch.

WHAT THE GUY DOES IN THE MAN MISSIONARY POSITION

Your man also has a choice of how active he wants to be in the Man Missionary position. He can just lie there and let you grind and bounce up and down on him. Or he can bend his knees slightly to give him enough leverage to thrust into you. If he likes, he can put his arms around you to pull you into him.

THINGS TO CONSIDER WHEN PERFORMING THE MAN MISSIONARY POSITION

I have managed to talk with many students who have tried the Man Missionary with their guy. Here is some of the feedback they have given me:

Get even more ideas in our section dedicated to girl on top sex positions.

The Man Missionary is very similar to both regular Missionary position and the Cowgirl position, but even with these similarities, it’s not actually that popular. The next time you are performing Cowgirl with your man, try leaning forward and getting into the Man Missionary to see if you enjoy it.