NO MORE I LOVE YOUS: THE 7 TOP REASONS FOR DIVORCE

It’s important that people can divorce when a marriage becomes unbearable. But divorce is unfortunately a more commonplace occurrence today when compared with past generations. 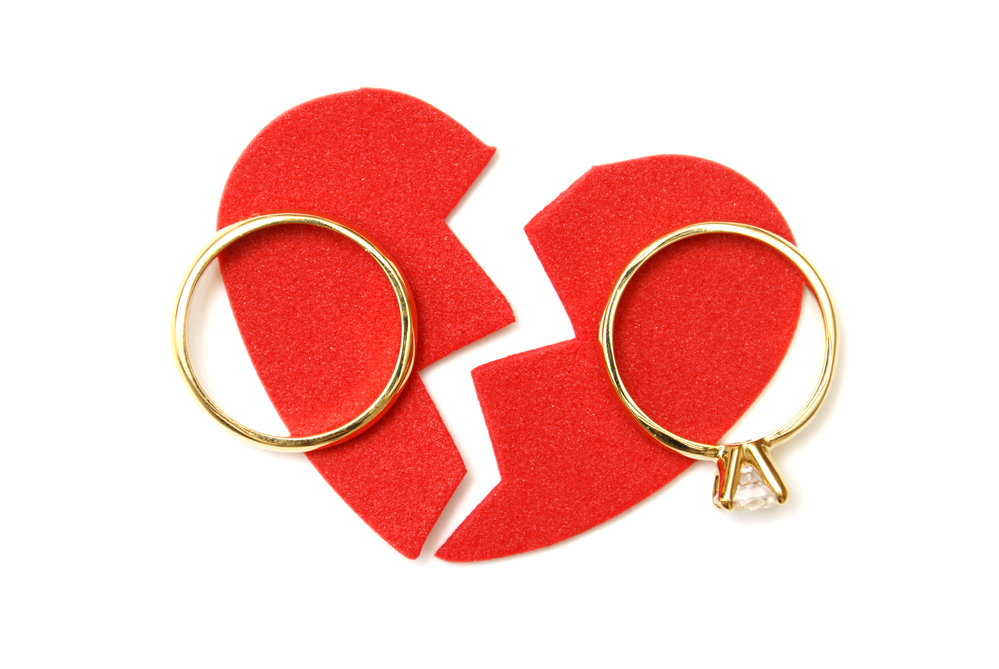 Sometimes, the marriage is so dysfunctional the other spouse needs a way to get out, which makes the ability to divorce necessary. One spouse shouldn’t have to live with abuse, addiction or adultery. If the conflict in the home is great, particularly if children are involved, divorce can help life at home.

But other times, people get divorced too soon when there is no good reason for divorce, and the divorce only leads to more problems in their lives, such as stress and financial difficulties. If children are involved, they will be hugely affected, often requiring them to change residences regularly and having parents who are more concerned with finding a new partner or who are with a new partner than they are with child rearing.

Divorce is something that can often avoided unless the situation is truly unbearable.

Here are top reasons for divorce and the reasons for separation. Once you recognize them, you can maybe avoid the problems and protect your marriage.

Marriages often end when one or both partners aren’t committed to the marriage. In fact, research reported by Utah State University found that 85 percent of people who divorce cited lack of commitment, which makes lack of commitment one of the top reasons for divorce.

If the marriage was only about the excitement involved with the engagement, the ring, the bridal shower, the wedding itself and the honeymoon, the marriage might not last. There are plenty of good reasons to get married, though. When the fun settles down into real married life, one or both parties might not be ready for reality. Marriage takes work and commitment to survive. It’s not a lifelong party. There’s no room for laziness or an unwillingness to work through problems in a marriage. Sometimes calling it quits is just the easy way out.

Infidelity is another one of the top reasons for divorce. If your spouse has an affair, you might not be able to get over it, and you might never trust him again. The same is true if you cheated on him. Cheating during the marriage is the ultimate betrayal. Sometimes, divorce might be your only option after infidelity.

This is a tough decision. You might still love him, but if you can’t trust him anymore, you might need to call it quits.

Before you ask for a divorce, evaluate just how good the marriage was before you caught him cheating. Was the relationship already shaky – more on that here? Or was it excellent except for this? How is he behaving? Is he truly sorry and remorseful, or is he blaming you or acting entitled to having the affair? Finally, be honest with yourself. If you truly can’t move on, it’s time to get out.

Your spouse might be doing everything right, but if you feel insecure in your marriage, you might find yourself constantly accusing him of cheating or other bad behavior anyway. This will get old soon for your spouse, and it might even be a cause for divorce. Ask yourself these questions:

If you do any of those things, look to yourself to determine where this insecurity is coming from. Are there actual signs of cheating? Have you always been insecure and jealous in relationships? Check out the signs of insecurity in this post. If so, the problem is probably yours, not his. You can’t expect to maintain a marriage if you are insecure, jealous and needy. When you act out of insecurity, your spouse will likely think you’re too controlling.

You’ll need to work out this issue on your own or see a therapist to help you avoid this reason for divorce.

4. UNABLE TO TALK WITH EACH OTHER

Couples in strong marriages talk to each about important matters and goals, not just about day-to-day topics. When you first start dating, there is usually plenty to say as you get to learn about each other. After you know each other, you still need to be able to confide in each other and talk together about anything.

If one or both of you sabotages conversation efforts, it becomes more difficult to communicate, making lack of communication a potential reason for wanting a divorce. Be careful that you speak in ways that encourage conversation. Lectures do not achieve this, and neither does showing disinterest or being critical of what your partner says. It’s also important that you listen to what he has to say. Our guide to communication can help!

Another way to have interesting conversations is to do new things together. You might want to sign up for dance or tennis lessons, adopt a puppy, join a couples’ meetup group or take a trip together. Set up a mutual goal, something you can do together, to get the conversation flowing. This post will also provide some conversation starters.

It can lead to trouble when couples become bored with each other and stop giving each other any attention. He might become preoccupied with work and stop paying attention to you, and you might only care about your children’s needs or what needs to be done around the house and not any of his needs, which makes lack of attention a fairly common reason for divorce.

The problem many couples face is that they get lost in all of life’s details to the point of not nurturing their own relationship. If not paying attention goes on long enough, you might find that you’ve drifted apart. The marriage didn’t end from a big incident in these cases. The marriage was simply left to wither and die.

Sometimes couples become too complacent in the marriage and “let themselves go,” so to speak. When one or both of you stop caring about your physical appearance, your sexual relationship can potentially suffer.

If sex stops in a marriage, one or both of you may start looking for it elsewhere and the next step could potentially be divorce. Couples in a sexless marriage often feel angry and frustrated with the lack of sex but don’t know what to do about it. This problem can often be fixed, but the longer a couple does nothing about not having sex, the worse the problem will become.

Couples who never discuss how to manage money and then have financial troubles often divorce because of money problems. It’s important for couples to discuss finances. If one or both of you are bad with money, you should come up with a plan that you can both live with. Someone needs to be in charge of finances so that you won’t constantly argue about money.

Here’s a helpful hint: when both partners in a marriage are materialistic, the money problems are worse, possibly making this a cause of divorce. When you are in debt, it weighs on you, and it’s difficult to be happy. Your focus should be on working together to make a solid financial foundation to support your marriage. If one or both of you blow money on material things, you could be unknowingly harming your marriage.

Compulsive gambling falls into the addiction category. If that’s happening in a marriage, it might be too big a problem for the other spouse to overcome.

You can have a happier marriage once you learn how to avoid these typical reasons for divorce along with the usual marital problems and try to work out any problems together. If you’re in a deal breaker situation where abuse, addiction or adultery is involved, you might have no other choice but to divorce. The bottom line is that you should do everything possible in all but the worst relationships to try to make the marriage work, especially if children are involved.