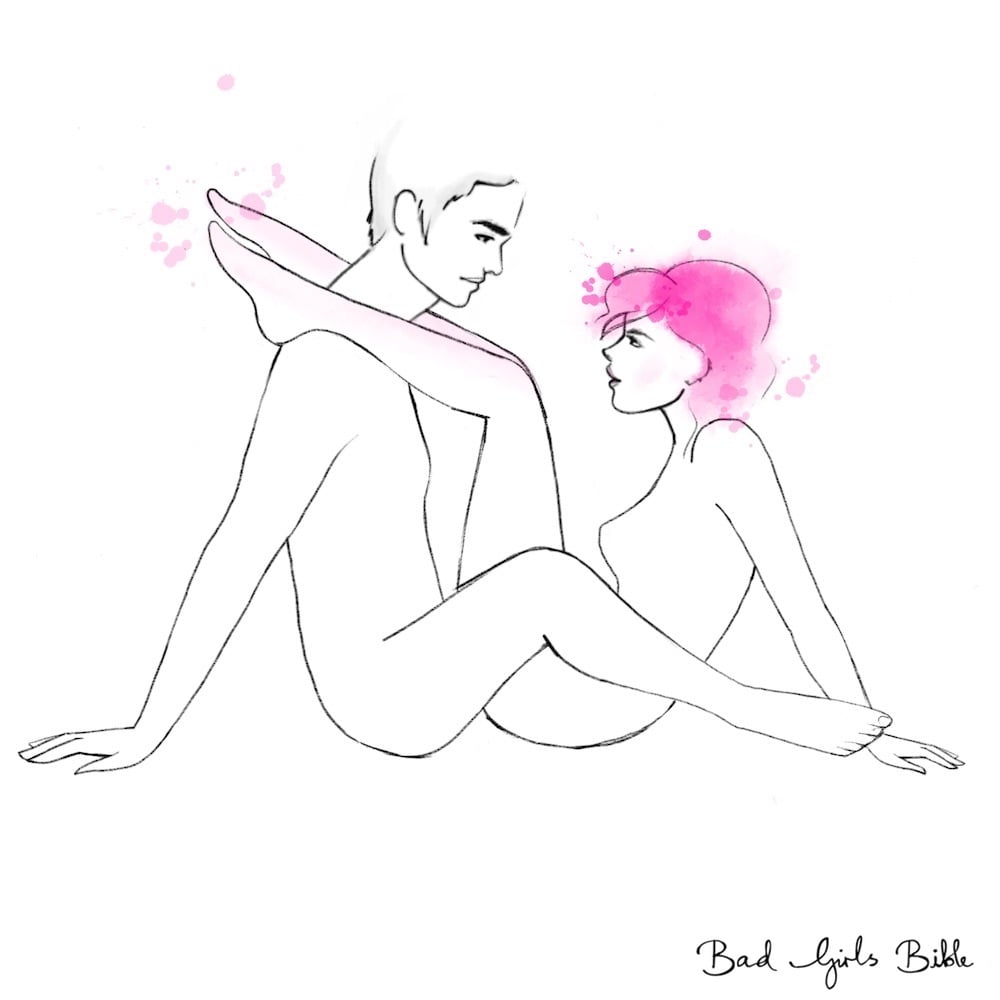 The Octopus sex position is something you have probably never heard about. This is a good thing as it’s something completely new and different for you and your man to try. Also, just so you know, there are over 100 positions in our Sex Positions Guide if you want to try more!

To perform it, first, get your man to sit down on the floor and lean backwards slightly, using his hands placed behind his back to support himself. He will find it easier to balance if he spreads his legs. He then needs to bend his legs slightly. You then need to stand over him (feet either side of his waist) and slowly lower yourself (squat) onto his cock. Once he is inside you, sit on his lap and slowly start to lean backwards. Place your hands behind your back on the ground for support. Once you are leaning back, you then need to lift your right leg and rest it on your man’s left shoulder. Then lift your left leg and rest it on his right shoulder.

WHAT THE GIRL DOES IN THE OCTOPUS POSITION

When you are in the Octopus position, you may find that it gets tiring quite quickly as it’s not that easy holding your body like this. You can push yourself onto his cock during sex, but this will only tire you out quicker. It’s better just to let him do all the thrusting.

By leaning in closer to your man’s body or leaning backwards and away from his body, you can change the angle he penetrates you at to stimulate your G-spot. If you do lean in, then wrap your arms around the back of his neck to hold yourself in position. If you find that you can’t perform the Octopus for a sustained period without your arms feeling like jelly, try doing it beside a couch so that your back is leaning on the couch and taking most of your weight.

This can help free up your hands to rub your clit or touch your man’s chest.

WHAT THE GUY DOES IN THE OCTOPUS POSITION

Your man is going to be doing most of thrusting in the Octopus position. So it’s a good idea for him to make sure that both his hands and feet can’t easily slip. He can thrust up and down using his hips while keeping the rest of his body in place. He can also rock his body back and forth using his arms and legs.

Your man may also find this position to be tiring. If he does, then he should also consider leaning his back up against a couch or bed to take some of the weight off his arms.

Now’s a very good time for you two to try dirty talk, however!

Having listened to the stories of some of my students who have performed the Octopus and drawing from my own experiences here is what you must consider when doing it with your man:

SEAN’S THOUGHTS ON THE OCTOPUS POSITION