ONCE A CHEATER ALWAYS A CHEATER? THERE MAY BE MORE TO IT!

There’s an old phrase that you probably know: once a cheater always a cheater. This saying indicates that someone who has cheated once in their life is bound to do it again. Many people believe it, and they won’t try to repair a relationship after cheating. What’s more, this belief could prevent you from dating someone who has cheated in their past. But is this a smart way to protect yourself or a simplistic way of looking at a complicated subject? 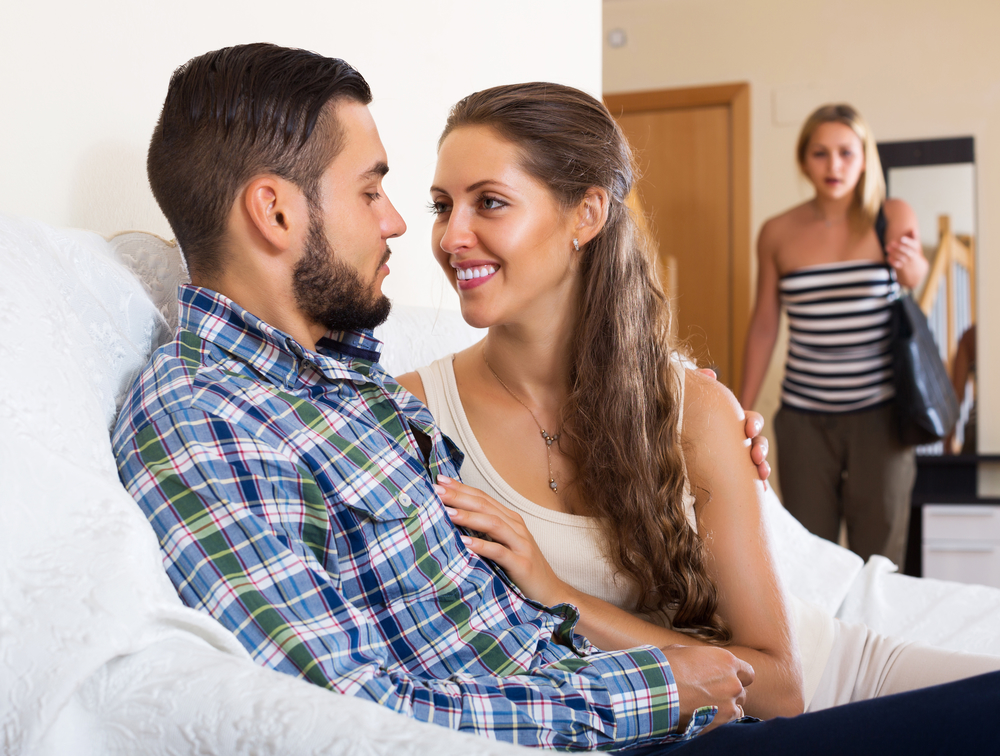 If you like “black & white” thinking then this rule becomes easy:

If your man cheats on you, you should leave him. Furthermore, you can’t trust someone who has cheated on someone else, so you might as well write them off. Finally, an extension of this belief is that if someone has cheated with you on their partner, then they’ll cheat on you in the future, even if you become an official couple.

The good thing about black & white thinking is that it can make for easy decision making. The only problem is that the world isn’t so simple as black or white, it turns out the world is painted with shades of gray as I explain below…

ONCE A CHEATER ALWAYS A CHEATER?

The problem with the ideology behind “once a cheater always a cheater” is that it’s incredibly narrow. We define a person as a cheater, not as someone who has cheated. It doesn’t take into consideration what caused them to cheat, and there are some reasons why someone might cheat.

Don’t get us wrong: no matter how someone justifies cheating, it’s not the right thing to do. However, what this saying fails to expose is that there are circumstances in which a person might cheat that may only happen once.

Sometimes that isn’t the case. You may not resolve relationship issues that led to cheating, so cheating is likely to occur again. If you’re the person who was cheated on, you might have to make some changes, even if you think you shouldn’t. However, this could save your relationship in the end! At the same time, it’s important not to be a doormat!

IT’S NOT A BLACK AND WHITE WORLD

Not only that, but people can change. Serial cheaters sometimes curb their bad behavior when they become the one who’s cheated on. Or they’ll realize the damage done to their partners and families and want to be a better person in the future. None of us are the same people we were five, ten or even twenty years ago, and cheating is just one way someone may cheat.

Of course, if your man has cheated on you multiple times and shows no remorse, you shouldn’t hold out for him to change. That might be a fool’s hope. But if he is sorry and wants to work toward fixing your relationship, there is hope. Don’t necessarily listen to your mom or your best friend who tells you to end your relationship because they’re angry for you. It’s okay to be angry, but it’s also okay to want to rebuild your relationship.

There’s a chance that someone will cheat no matter what because they get some kick out of it, but labeling someone as a perpetual cheater ignores the fact that there is no standard definition of these things.

SO YOU LIKE A GUY WHO HAS A HISTORY OF CHEATING

You’ve met a guy. There’s attraction and chemistry. But there’s one problem: you know he’s cheated on someone in the past. If that person is a friend or coworker, she might try to warn you away from him. What should you do?

First, don’t go after him because he has a past and a “bad boy” reputation. Unless you want something casual, that’s going to go down in flames! Don’t let him become more attractive because it’s suddenly become “taboo,” and don’t let yourself fall into the trap that you can fix him. Unless he’s seemed like he’s already working to change his behavior, you’ll be unlikely to be enough to stop him.

But if that behavior is quite in the past, and more recent relationships simply haven’t worked out due to circumstances or compatibility, you might have a chance. Sometimes people cheat when they’re young, and it’s hard to get away from that reputation.

You may have done the same. But as you grow, you realize how hurtful cheating is, especially when your partner is supposed to be the one person whom you protect. If you no longer want to be known as a cheater rather than someone who made a mistake, you can understand where he may be coming from.

Think of him as a human being and not just a cheater. It might be helpful to talk to him about his past. He may understand your reservations and want to build trust, or he may blow you off. That gives you a good idea of how to proceed.

YOU’VE BEEN CHEATED ON

If you’re already in a relationship with someone who’s cheated on you, you’re probably feeling a lot of things: anger, sadness, confusion, hurt and betrayal are just a few. You might even feel guilty because he cheated. However, that was his action and not yours!

It’s easy to say you should just leave a cheater, but it’s far less easy to do. This is especially true if you share a home, children, lives, pets, business, so on and so forth. Although those aren’t good enough reasons to stay in a relationship with someone who has cheated on you, you might consider those factors in addition to the fact that you still love your man and want to work it out.

However, getting past cheating and the fear that he’ll do it again is never easy. First, you’ll need to identify why he cheated and how you can improve your relationship. If he’s simply immature or egotistical, there may not be anything you can do.

Even if he’s willing, you might have a hard time wanting to trust him. It’s common to want to hold his mistakes over his head, but it won’t help your relationship. Even if you can’t forgive right now, you have to want to forgive him. It can help to seek professional help. A third party can show you ways to communicate better and strengthen your relationship so that cheating won’t happen in the future.

Your man can help to disprove the thought “once a cheater always a cheater” by being transparent. This means he:

It’s fair for you to ask this transparency of him, and he should be diligent about it. Those baby steps rebuild trust. Again, we caution against asking for too much too soon. It’s not your fault if he cheated, but if he feels like you’re nagging and he’s not sure if he wants to repent, he could certainly justify cheating once – and again.