If you’ve been in a relationship for some time, you might have pretty routine sex. You know that it’s coming right before bed because that’s one of the few times you see each other, but you’re both tired so it doesn’t last very long. You might think that you can’t have sex during any other time of the day or in a new way because it’s such a production. But that’s not necessarily true! 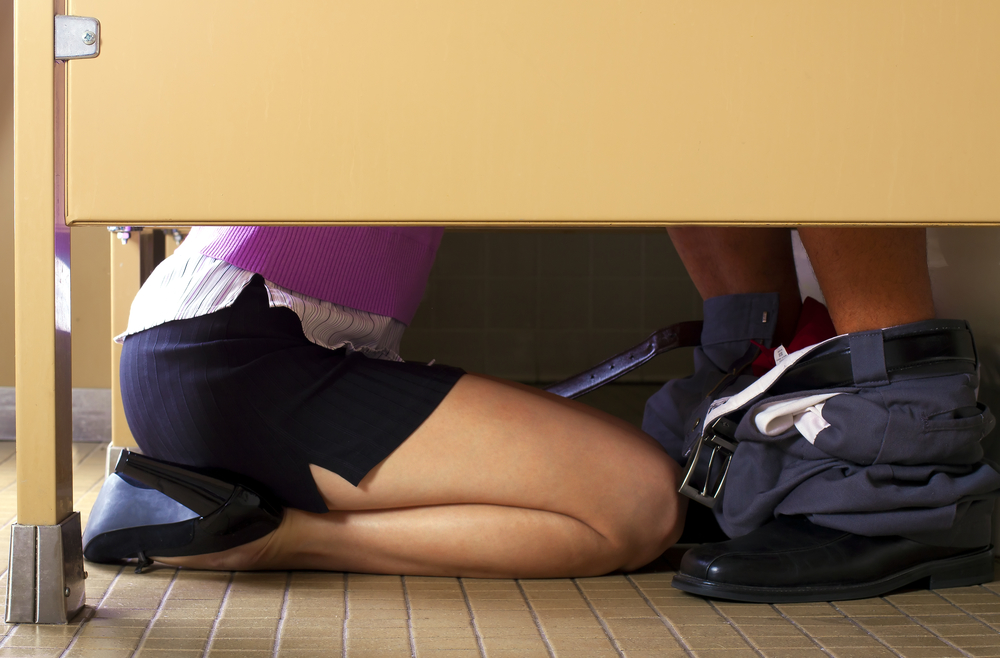 Quickie sex is any sex that lasts a short period of time – between 1 and 5 minutes per session. Often, the two of you won’t entirely get undressed, and you can squeeze it in when you’re running low on time, perhaps even when you’re at work!

Quickies are fueled by sexual tension and lust rather than feelings of emotion. Although, you can certainly have a quickie when you’re in love.

Now, a quickie might not necessarily be the most romantic types of sex you have, and that’s okay. There’s plenty of time for love making with your man when you have time, but having a quickie is all about when you don’t have time.. but you still have to have each other right now! So what if you might be caught or if there’s no time to have multiple orgasms – learn all about that in this post – quickies are fun and all about making the most of the sexual chemistry that the two of you have!

The Best Time for a Quickie

The best time for a quickie is when time is an issue. There’s actually no single best time, but you might find that your  schedule makes quickies the better options at some times than longer sex sessions.

The Nooner – Escaping from your co-workers at lunch time or if you’re at home together and the kids are asleep or just distracted by the TV is the perfect time for a quickie or so-called “nooner.”

Signal System – The two of you can develop a signal system to let the other one know that a quickie is in order, even if you’re in a room full of other people. You can probably think of some fun and sly ways to let him know you’re in the mood!

But sometimes having a quickie isn’t about the fact that you don’t have time. Instead, it’s just about the fact that you want him right now, and he feels the same. You can’t wait to tear each other’s clothes off, and the resulting sex will be explosive but fast! And there’s nothing wrong with that. Keeping it quick also means you have time for everything else in your life.

Prepare for Your Quickie

Because you don’t have a lot of time and you might be worried about getting caught, you need to be efficient. This is key to having a quickie that you’ll love. This may mean not taking off all your clothes. If you think you’ll have a quickie, plan ahead.

The Skirt Option – Perhaps you can wear a skirt that can easily be unzipped and dropped to the floor or that your partner can slide up for easier access.

Panties? – Consider skipping the pantyhose and even the panties. Alternatively, crotchless panties are sexy and make no barrier for a quickie!

Don’t Get Undressed – There’s rarely time to get fully unclothed when all you have time for is a quickie. You’ll have to save the role play and costumes for another time. This is why so many movies depict quickies with the participants’ pants around their ankles. Simply pull them back up, zip them and return to whatever it was you were doing before sex happened.

Keep It Private – If you are worried about the kids waking up or someone seeing you, make sure to close and lock the door. Otherwise, you can set up some sort of a system that will alert you when someone might walk in.

Keeping Track of Time –  One option is to set an alarm on your phone to make sure you don’t take so long as to raise suspicion about what you’re doing with your man in the other room. Perhaps make it into a game. Can you get undressed and make him orgasm before your alarm goes off? We bet you can!

It’s unlikely that you’ll have time for a lot of preparation, either. So you’ll want to have anything you need. This might include some personal wipes to clean up after and a small bottle of lube. And don’t forget to carry condoms! Just because you want that quickie doesn’t mean your body has had time to get ready! Want to know more about lube? Check out this guide!

Now, how do you make a quickie successful? It depends on your location and the positions you use. You might not have a bed available, so use these tips for the hottest quickie you’ll ever have:

Most positions can be adapted to the quickie. It’s all about convenience and access. So don’t get too caught up over the idea of the “right” position as long as it feels good.

The Downside of Quickies?

Unfortunately quickies can often be less enjoyable than a long, drawn out sex session. Here’s why…

Because of the lack of time, you might not be fully prepared for sex. Rest assured that your man doesn’t care whether your legs are shaved, and you can bury your face in the pillow if you’ve got morning breath. Those things aren’t so important when you’re learning how to have a quickie. Hopefully you get so swept up in the moment that you don’t feel much sexual anxiety, but we have advice to help with that if you happen to suffer from sexual anxiety.

The Truth About Quickies

Quickies shouldn’t be all the sex you have. Sex isn’t just about getting off when you’re in a relationship. Having only quickies may prevent you from connecting deeper like you would during a longer session where you’re making love. When you only have quickies, you don’t get to do as much, either. You can try bondage when you have more time. Edging is something that almost always needs more than 15 minutes to successfully do. Read more about edging here.

Quickies focus on the sex, which is awesome, but you want to pepper them in among all the other types of sex you’re having. This ensures that you both have a chance to orgasm and that you won’t get tired of having quickies – or any other type of sex!

If you’re seeing a man who only ever has time for quickies, you might want to give that some thought, too. Is he too busy for a relationship? Are you the only woman he’s seeing? Is he unable to connection emotionally through sex? Or maybe he just hasn’t learned how, and that’s something you can teach him as your relationship progresses.

Of course, a healthy balance between quickies and normal sex is what you should aim for. Quickies don’t require quite the same amount of commitment as a longer session, and you can get off without worrying about putting off chores or taking care of your family. This is exactly why having a quickie is awesome!